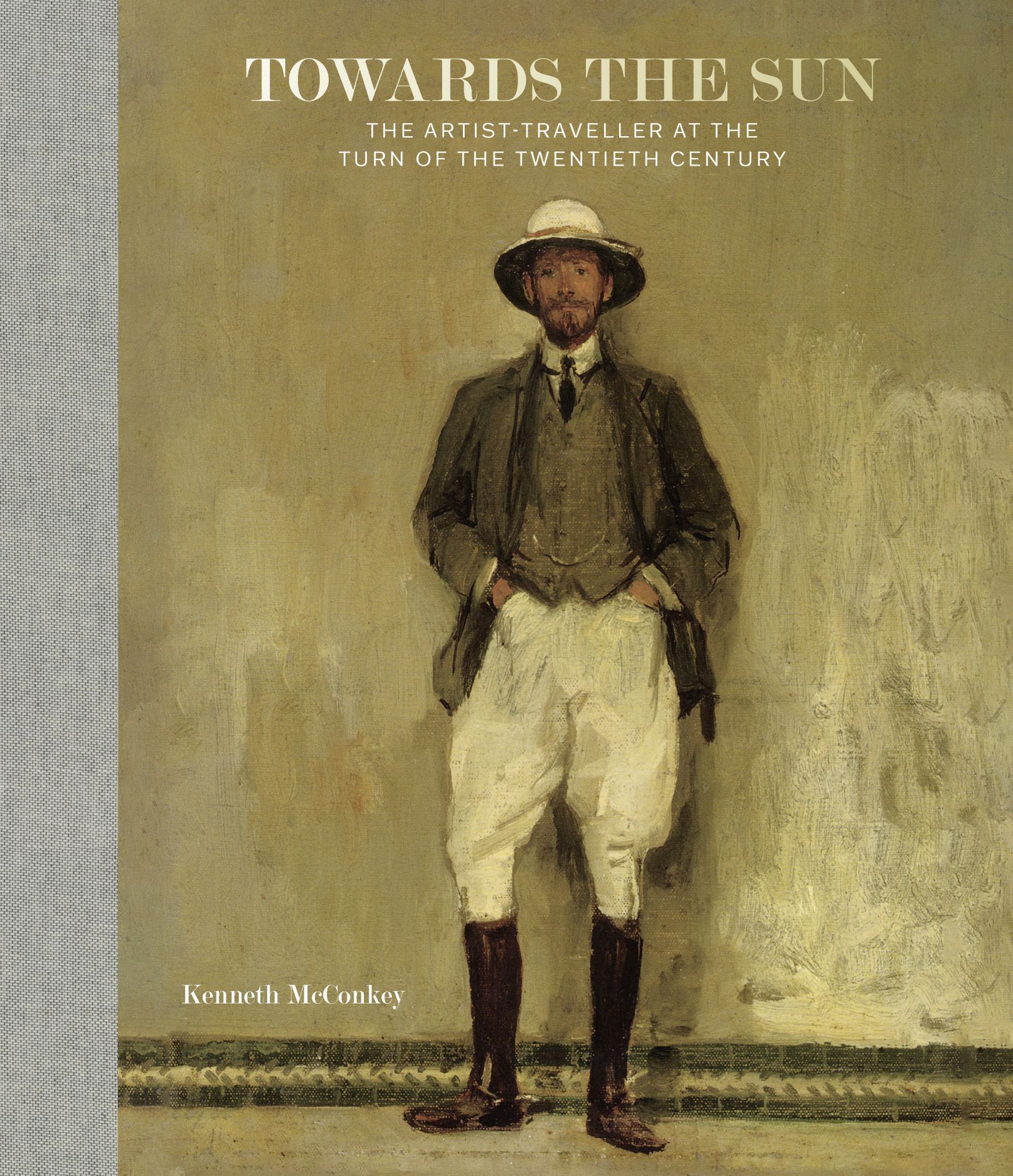 Towards the Sun: The Artist-Traveller at the Turn of the Twentieth Century, by Kenneth McConkey (Paul Holberton Publishing): It must be a John Lavery winter: a few days ago, Sotheby’s held an auction of Irish art, which included a number of pieces by the now-undervalued master, all of which save for one exceeded their high estimates. Another of those, Evening, Coast of Spain from Tangier (ca. 1911–14), points to a continuous preoccupation of Lavery’s, namely the South. Around the turn of the century, Lavery and other contemporaries sought sun, sea, and clear air around the Mediterranean and Africa and even as far afield as Japan, producing a body of work at once documentary and fantastical. And now Kenneth McConkey, who has given us monographs on Lavery and related topics, has produced in Towards the Sun an essential study of the artistic golden hours before the First World War. —BR

“Treasures from the Hispanic Society Library” at The Grolier Club, New York (through December 18): Whenever the collection of the Hispanic Society goes on view, you can be assured the show is a must-see. Last month in this space I flagged “Gilded Figures: Wood and Clay Made Flesh,” an exhibition of its polychrome sculpture, on view through January 9 in the Society’s new special exhibition gallery on its campus on Audubon Terrace at 155th Street and Broadway. Now at The Grolier Club through December 18, “Treasures from the Hispanic Society Library” presents some of the highlights of the Society’s collection of books, maps, and manuscripts. And what highlights they are: a 1605 copy of Don Quixote, hand-drawn maps of the New World, Torah fragments from Andalusia, and a letter from Charles V to Henry VIII regarding his challenging of Francis I to a duel over his failure to uphold the Treaty of Madrid. The standout of the show might be the small Black Book of Hours, by the circle of Willem Vrelant from around 1458—a haunting publication, most likely marking a death, that is written on black vellum.  —JP

Alvin Ailey American Dance Theater at New York City Center (December 1–19): Alvin Ailey American Dance Theater returns to New York City Center for a three-week season packed with fifty-year-old classics such as Ailey’s three-part solo Cry (1971) as well as premieres of new works by Artistic Director Robert Battle and Resident Choreographer Jamar Roberts, who is retiring as a company dancer this month. Concluding the opening-night program is Ailey’s Revelations (1960), the troupe’s signature piece set to a suite of African-American spirituals and partly inspired by the musical services at Mount Olive Baptist Church, which Ailey attended as a child in rural Texas. Also debuting is a new production of Ailey’s full-company work The River (1970), created originally for American Ballet Theatre and accompanied by Duke Ellington’s first symphonic score for dance. Though plotless, this lyrical piece is filled with baptismal symbolism as the dancers fuse classical ballet technique with modern and jazz elements to create rippling, watery movements. —JC

“An Architectural History of Art Nouveau” with Francis Morrone at the 92 Street Y (November 30 and December 7, 14, and 21): The lithe forms and sinuous frippery of the Art Nouveau style never much caught on with New York City architects, who at the turn of the twentieth century drew inspiration instead from statelier, more classical modes to fill out their towering steel frames. But much of Europe was enthralled by the style, which grew popular in France, and it makes its presence felt today, as at the many Hector Guimard–designed Métro entrances still standing throughout Paris. Beginning this Tuesday, November 30, and continuing for the next three weeks, the architectural historian Francis Morrone will deliver a series of lectures on the structural and decorative aspects of this multi-pronged movement. The class will take place via Zoom. —RE

“Becoming Branusci,” by Eric Gibson (February 1991). On “Brancusi: Masterpieces from Romanian Museums” at the Gagosian Gallery.