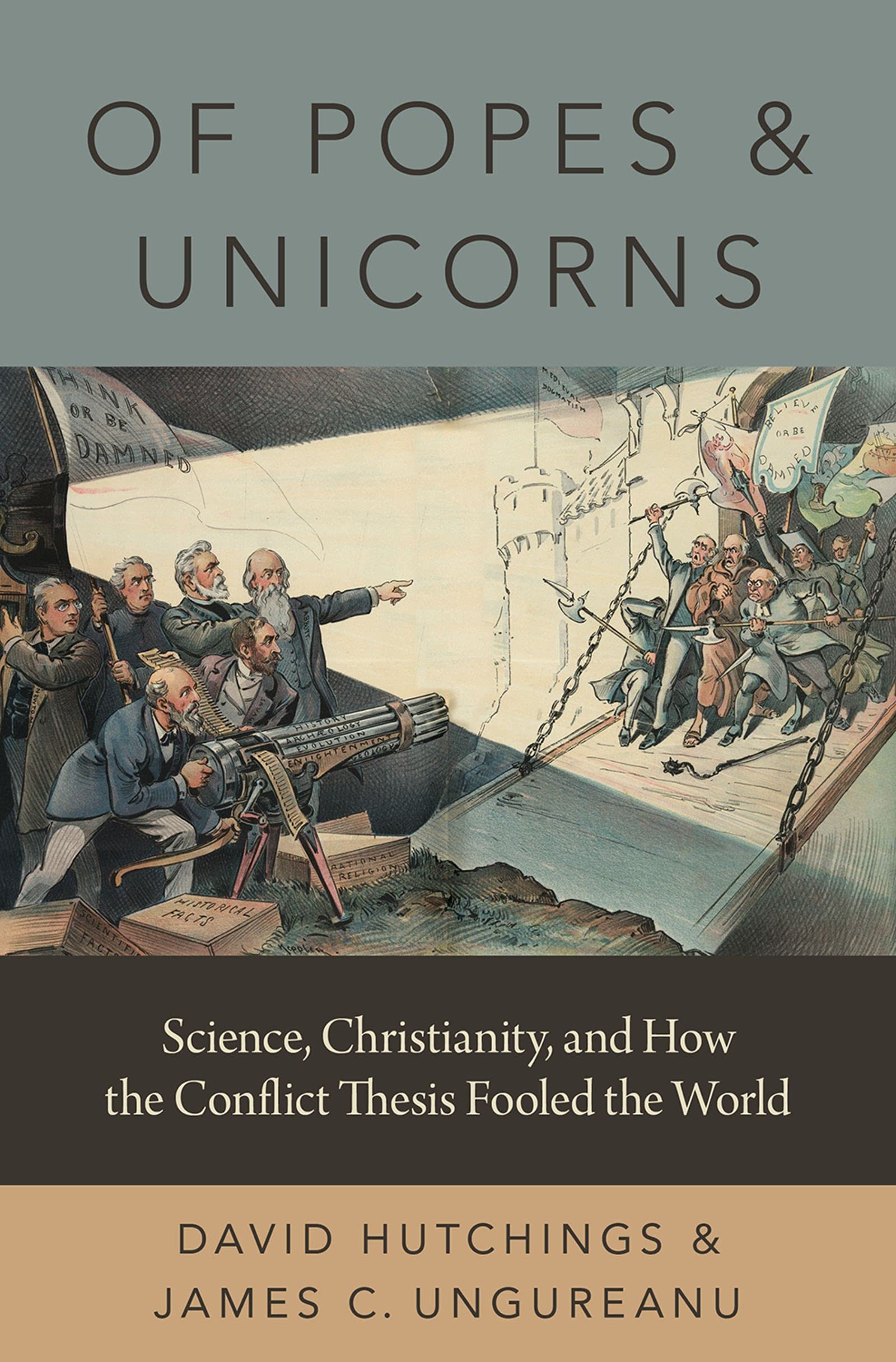 Of Popes and Unicorns: Science, Christianity, and How the Conflict Thesis Fooled the World, by David Hutchings and James C. Ungureanu (Oxford University Press): Please refer anyone questioning the timeliness of this book to the eager chorus, lately observed, of hectors and scolds bragging that they “believe” in “science.” In large part, we have a pair of nineteenth-century nitwits to thank for this bit of epistemological nonsense: the scientist John Draper and the historian and politician Andrew White, who thought they were doing both science and religion a favor by drawing imaginary lines between the two. (White said that he came to this position after struggling, with Ezra Cornell, to establish a university without a religious affiliation.) Serious thinkers have long left the “conflict thesis” behind, but in Of Popes and Unicorns, David Hutchings and James C. Ungureanu delve into its history and explain why it retains such a purchase on the popular imagination. —RE

The Paul Mellon Centre Photographic Archive: London’s Paul Mellon Centre for Studies in British Art has long been an essential resource for those wishing to learn about the artistic and architectural traditions of the British Isles. The best has only gotten better with the recent news that more than a hundred thousand reference photographs from the Centre’s archive are now free to view online. Scholars and amateur art historians alike will not want to miss this. —BR

“Twyla Now” at New York City Center (November 17–21): The Indiana-born choreographer Twyla Tharp moved to New York in the Sixties, dancing with the contemporary ensemble Paul Taylor Dance Company before forming her own troupe, Twyla Tharp Dance, in 1966. Now best known as a pioneer of dance fusion, Tharp has created over 150 works, which frequently feature irreverent combinations of musical genres and movement styles. In 1973 at New York City Center, the Joffrey Ballet premiered Tharp’s Deuce Coupe—considered the very first “crossover” ballet—that set classical and contemporary steps to the beat of a Beach Boys soundtrack. Nearly a half-century later, the eighty-year-old Tharp returns to the venue with two world premieres, Second Duet and All In, as well as two older works: Cornbread (2014), danced to folk music by the old-time string band Carolina Chocolate Drops, and the classical suite Pergolesi (1993). Stars from Alvin Ailey American Dance Theater, New York City Ballet, and American Ballet Theatre will perform for five nights next week accompanied by the Knights orchestra. —JC 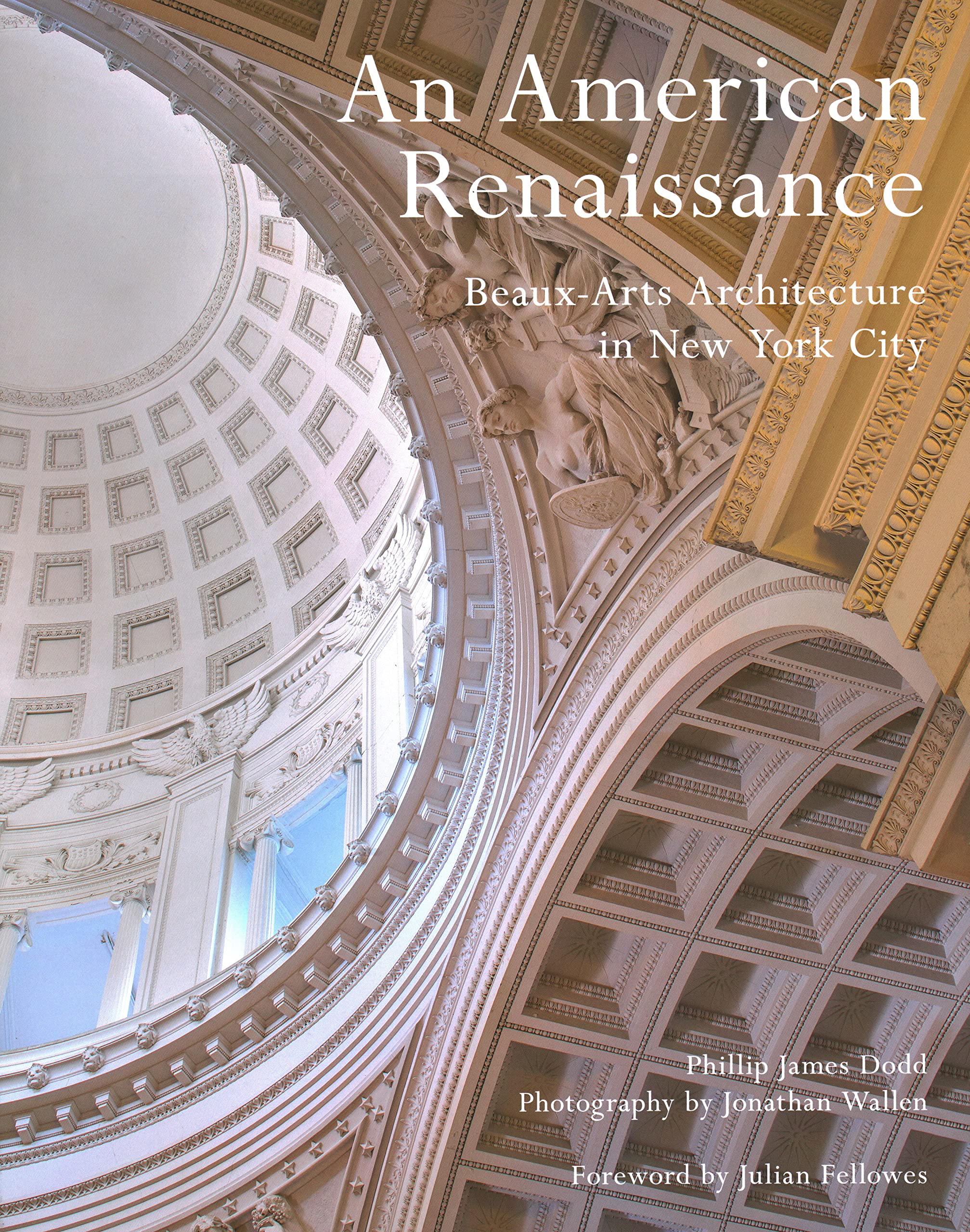 An American Renaissance: Beaux-Arts Architecture in New York City by Phillip James Dodd (Images Publishing): Christmas comes early for admirers of Beaux-Arts architecture in New York. At over four hundred pages, An American Renaissance, just out from Images Publishing, is a gilded embrace of the Gilded Age. Written by Phillip James Dodd and photographed by Jonathan Wallen, the lavish publication takes you up close and personal with twenty of the finest examples of Beaux-Arts architecture in the city. Some of these buildings, such as Grand Central Terminal and the New York Public Library, will be well known. Others, such as Gould Memorial Library and the tombs of Woodlawn Cemetery, may be less trod. In each case, Dodd and Wallen encourage a new appreciation of the designs that gave the age of innocence its great exuberance. Julian Fellowes provides the forward and Richard Guy Wilson the lead essay for a publication that will have you seeing old friends in a new way. —JP

“In memoriam,” by Isaac Sligh. On “Celebrating Arvo Pärt,” at the Met Museum’s Temple of Dendur in New York.