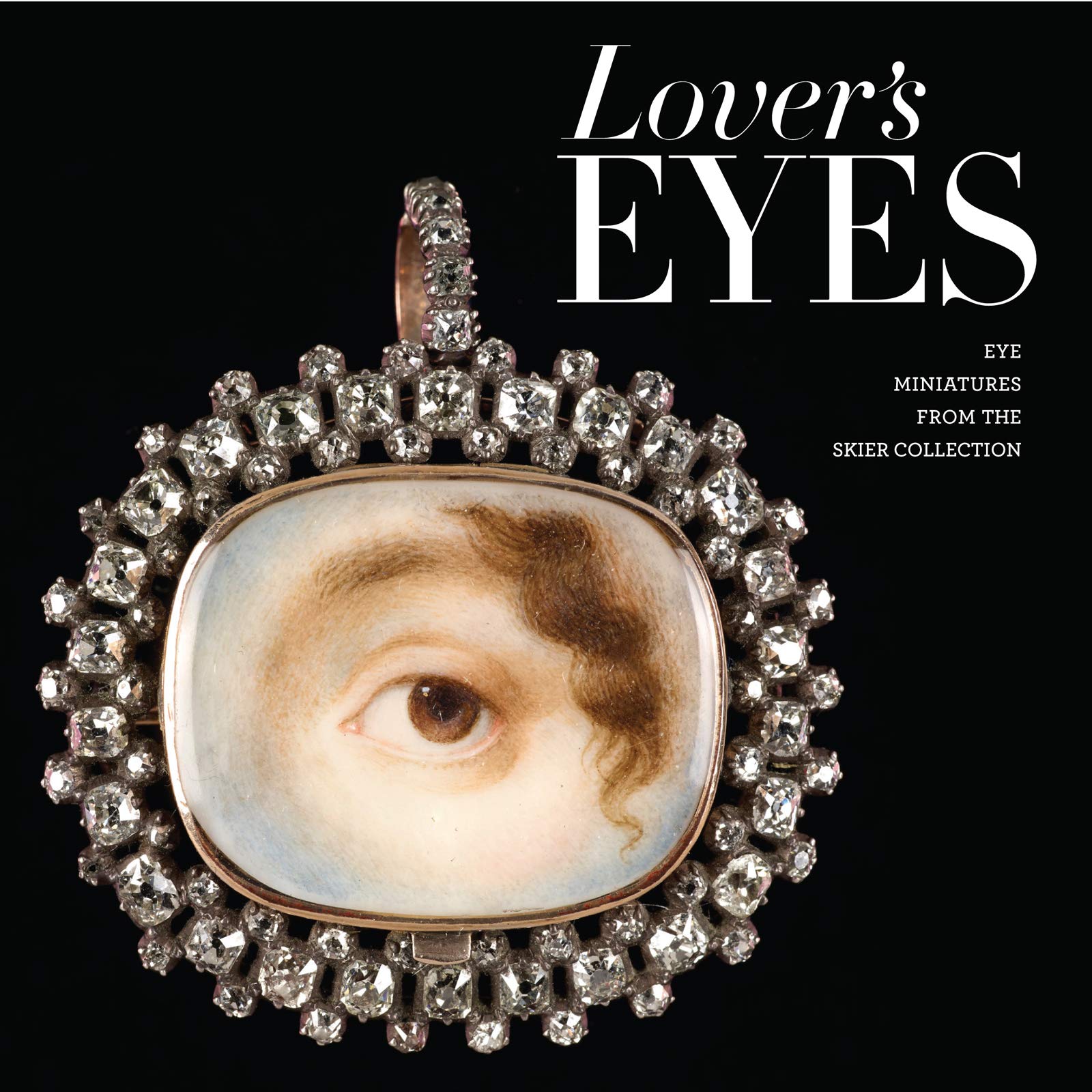 Lover’s Eyes: Eye Miniatures from the Skier Collection, edited by Elle Shushan (D Giles Limited): When the future King George IV laid eyes on Maria Fitzherbert at the opera in 1784, it was love at first sight. She was a Catholic, he was not, so the two wed in secret, as the story goes, and sealed their vows in miniatures depicting each other’s eyes. For the next thirty years, the eyes had it, as “eye miniatures” experienced a run of popularity. Nan and David Skier have assembled the largest collection in the world of these side-eyed keepsakes, which were originally on display in “The Look of Love,” an exhibition on view at the Birmingham Museum of Art in 2012. Now D Giles Limited has produced an expanded catalogue of the Skier collection but has kept things diminutive. At seven-by-seven inches, with 280 pages, Lover’s Eyes: Eye Miniatures from the Skier Collection, edited by Elle Shushan, is a sight for sore eyes and a delight to behold. —JP

“Dupré: The Complete Works for Organ IX,” played by Jeremy Filsell, Saint Thomas Church (October 2): Amid the dearth of live music in New York City earlier this year, the Episcopal parish of Saint Thomas in midtown Manhattan forged ahead with in-person performances (I covered one installment in this little-concert-series-that-could for Dispatch back in June.) As the church prepares to ramp up its respected choral music program this fall, the music director and organist Jeremy Filsell will present the final episode in a nearly yearlong cycle of the great French late Romantic composer Marcel Dupré’s complete works for organ. If you haven’t had a chance to appreciate this series in Saint Thomas’s beautifully appointed Gothic Revival sanctuary, this Saturday is your last chance to hear it. Dupré himself recorded a landmark album there in 1957, stopping and starting into the early hours of the morning as the Fifty-third Street subway rumbled below, as you can still feel today. —IS

The Lehman Trilogy, by Stefano Massini, adapted by Ben Power and directed by Sam Mendes, at the Nederlander Theatre (through January 2): After its longest hiatus in history, Broadway appears to be back, and for good. The Great White Way had remained closed since March 2020, since only political street theater was deemed essential this past year, and that could be televised. But venues are opening again at last—albeit gingerly, as they require of audience members both proof of vaccination and a mask. (A more thoughtful measure, though less conspicuously virtuous, might have seen these theaters ditch the old practice of cramming audience members into seats like a college freshman stuffing damp laundry into a suitcase.) The new shows this fall will be hard-pressed to outdo The Lehman Trilogy, a monumental three-hour epic tracing the fortunes of the Lehman clan from their antebellum arrival stateside as hardscrabble immigrants, to the collapse of their eponymous, 160-year-old firm in 2008. The play was originally written in 2012 by Stefano Massini for Italian radio, but the English stage version, adapted by Ben Power and directed by Sam Mendes, has been wowing audiences since it first ran at London’s National Theatre in 2018. The show opens at the Nederlander Theatre on October 6, but the particularly eager can see it in previews now. —RE

“Innovators & Icons,” by the New York City Ballet, Lincoln Center (October 1, 2, 3, 6, and 12): Like many new immigrants in the mid-twentieth century, George Balanchine was obsessed with the American West (or at least the Hollywood version of it), going so far as to sport cowboy shirts, Western-cut suits, and string ties. After an inspiring trip to Wyoming, he created Western Symphony (1954), a zesty four-part ballet in which a corps of cowboys and dance-hall girls stomp, shake, and strut in country-dance floor patterns between strictly classical steps. Just as Balanchine combined the moves of the Russian imperial court with ones from the barn, the composer Hershy Kay arranged twelve Western folk tunes, including “Good Night Ladies” and “Red River Valley,” into the classical symphonic form to accompany the dancers. See the New York City Ballet perform Western Symphony this week at Lincoln Center—it is also one of the last opportunities to watch Ask La Cour and Lauren Lovette, who say farewell to the company on October 8 and 9 respectively. Alongside Balanchine’s hoedown, deemed “vulgar yet attractive” by Clive Barnes in the Sixties, will be two new works by Sidra Bell and Andrea Miller, titles to be announced. —JC 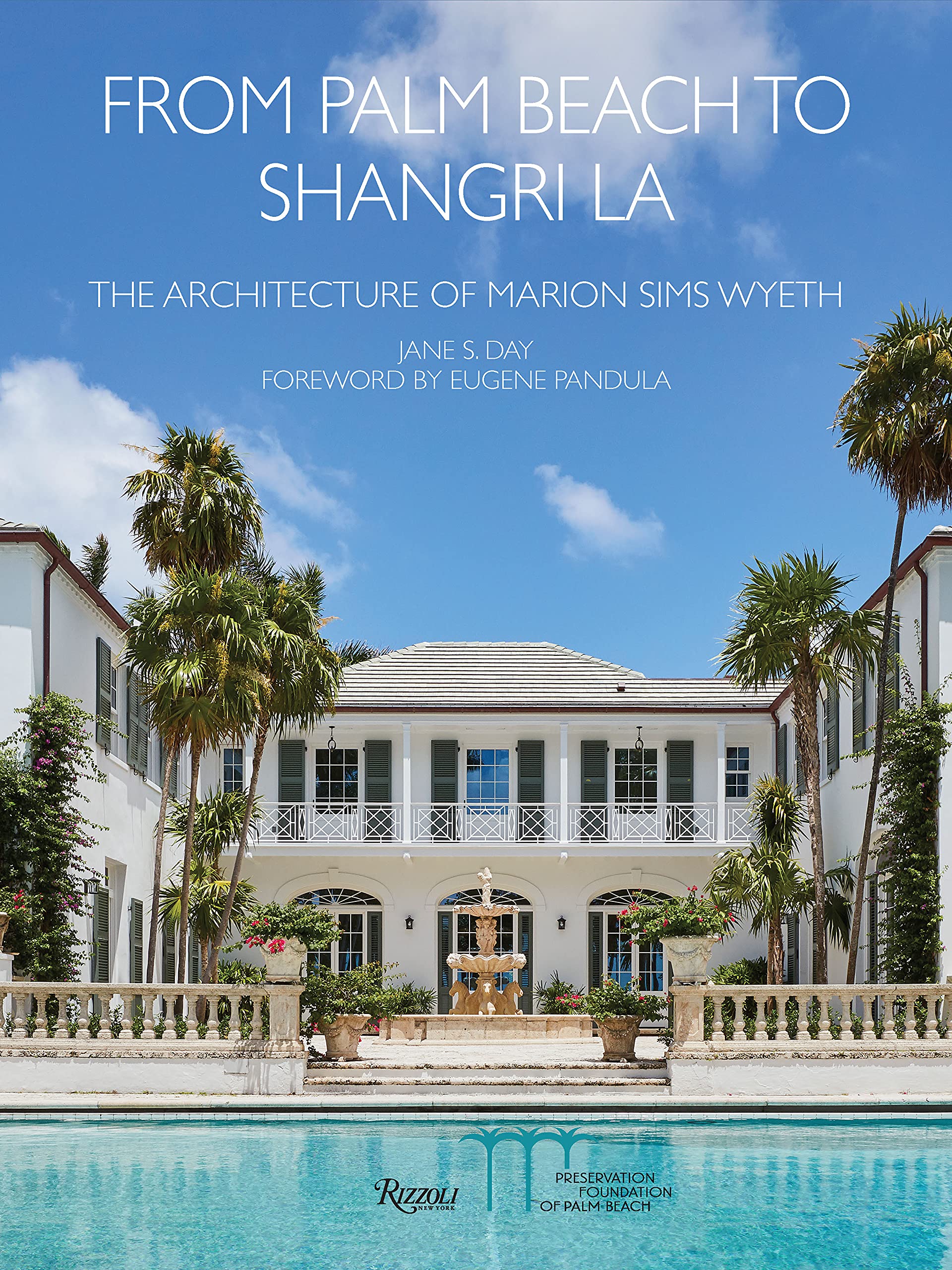 From Palm Beach to Shangri La: The Architecture of Marion Sims Wyeth, by Jane S. Day, with a foreword by Eugene Pandula (Rizzoli): Had the architect Marion Sims Wyeth (1889–1982) accepted a job in Addison Mizner’s office upon his arrival in Palm Beach in 1919, the place might look rather different today. Mizner’s pioneering Spanish revival architecture might have come to dominate the island. Even outside Mizner’s office, Wyeth initially worked in a Spanish idiom, seen at Hogarcito, a stunning Spanish Mission–style cottage built for E. F. Hutton, and in the abutting houses on Golf View Road. But Wyeth was no slave to Miznerian precedent, and the architectural fabric of Palm Beach is richer for it. Consider Southwood, the rear elevation of which graces the cover of a new book from Rizzoli on Wyeth. Its pitched roof and green shutters, complemented by wrought-iron decoration on the verandah, give the house a decidedly Southern feel. Wyeth later adapted the style into British Colonial—almost Caribbean—designs, which have continued to be fashionable in Palm Beach, further beautifying a place already not short on beauty. —BR

“Hunter Biden, artist of modern life.” On an artist without vision, training, or talent.

“Another side of paradise,” by Anthony Daniels (September 2007). On the questionable legacy of Jack Kerouac and On the Road.

“In San Clemente’s venerable halls,” by Stephen Schmalhofer. On the history of the Roman basilica.