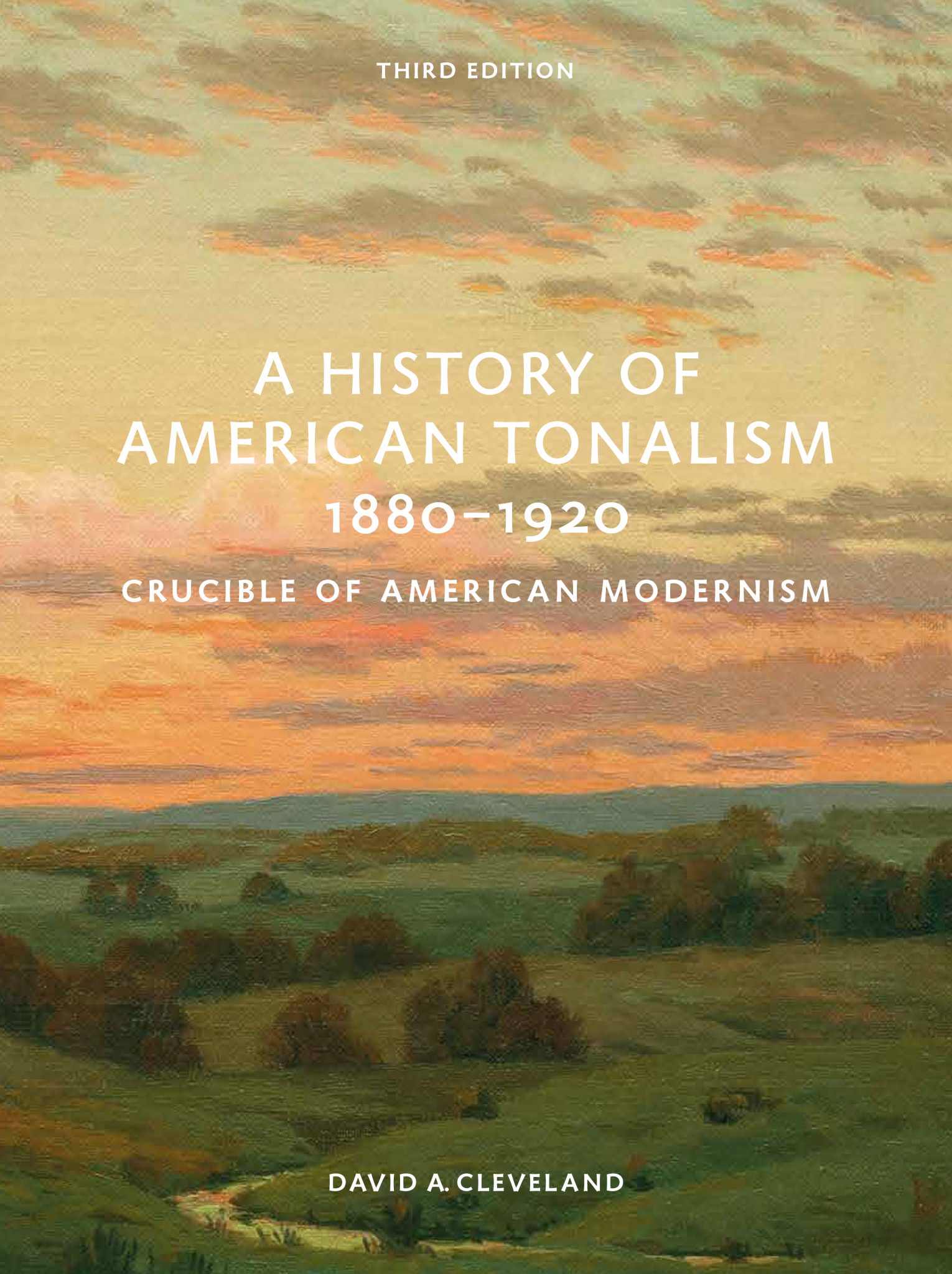 A History of American Tonalism, 1880–1920: Crucible of American Modernism, Third Edition, by David A. Cleveland (Abbeville Press): When David A. Cleveland published his History of American Tonalism, 1880–1920 more than a decade ago, this definitive survey of the “crucible of American Modernism” was among the best-selling art books of the year. A second edition, published in 2017, also sold out. So readers should line up early for the revised third edition, to be released next month by Abbeville Press but already available for preorder. At six hundred pages, with more than 750 illustrations, the book reveals this “lost and found” movement of American art. “The work of time loomed large,” found Henry James, writing just after the turn of the century in The American Scene. At the same time, shades of anxiety and nostalgia added a new glaze to American painting. The well-known artists of the movement are all here, including George Inness, James McNeill Whistler, and John Twachtman, but this book is at its best filling out the period, looking to the influence of Emerson, Thoreau, and Darwin while exploring the many painters who set the tone for turn-of-the-century America. —JP 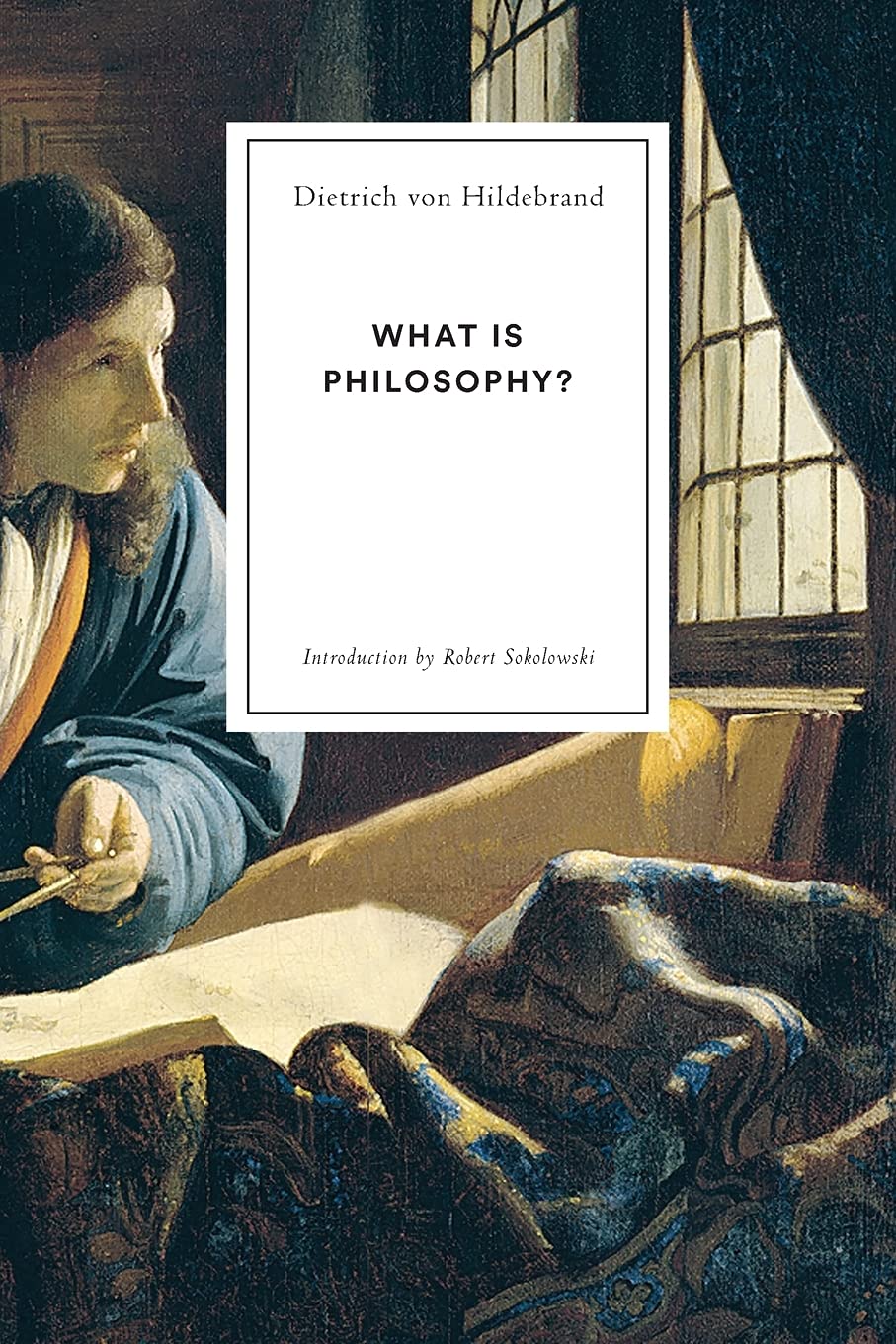 What is Philosophy?, by Dietrich von Hildebrand, with an introduction by Robert Sokolowski (Hildebrand Project): The work of the philosopher Dietrich von Hildebrand (1889–1977) is enjoying a small revival thanks to the scholars associated with the Hildebrand Project. The son of a sculptor, Hildebrand was raised in a German family in Florence before attending university in Munich, where he studied under philosophers such as Max Scheler. Hildebrand converted to Catholicism in 1914 after completing his doctoral dissertation; his faith became central to his philosophical inquiries for the rest of his life. In the 1920s and 1930s, he was targeted for his outspoken criticism of Nazism, forcing him to flee to Vienna shortly after Hitler became chancellor in 1933, and then to New York City in 1940, where he taught at Fordham for two decades. Recently, the Hildebrand Project published the first English translation of Volumes I and II of Aesthetics, reviewed in our pages in September 2020 by Gerald J. Russello, which explore the classical and Christian visions of beauty. The Project’s latest release is a definitive edition of What is Philosophy? Hildebrand intended the book, first published in 1960, the year of his retirement, to be a “rehabilitation of philosophy.” He even suggested that it might become “a weapon for razing the fortress of positivistic and immanentist relativism and open once again the door to the cosmos in all its breathtaking fullness and depth.”  —JC

“Titian: Women, Myth, Power,” at the Isabella Stewart Gardner Museum, Boston (August 12, 2021–January 2, 2022): This week, the long-delayed exhibition of Titian’s cycle of six poesies will finally open at the Isabella Stewart Gardner museum in Boston. In these spellbinding paintings (made for Philip II of Spain from about 1551 to 1562), Titian, the supreme master of the Venetian Renaissance, takes us through mythical tales from Ovid’s Metamorphoses and elsewhere in antiquity, rendering Venus, Adonis, Diana, Actaeon, Danaë, and other principal players as no one else could, then or since. This exhibition, which first made stops in London’s National Gallery and Madrid’s Prado, is the first reunion of the complete cycle in over four centuries, and the Gardner is its only host in the United States. For some reason the Boston curators saw fit to change the subtitle to its own presentation from the original “Love, Desire, Death” to “Women, Myth, Power,” and they’ve commisioned “responses” to the paintings “by contemporary artists and scholars [that will] engage with questions of gender, power, and sexual violence.” I was relieved to hear that these installations will be shown in a separate gallery. —AS 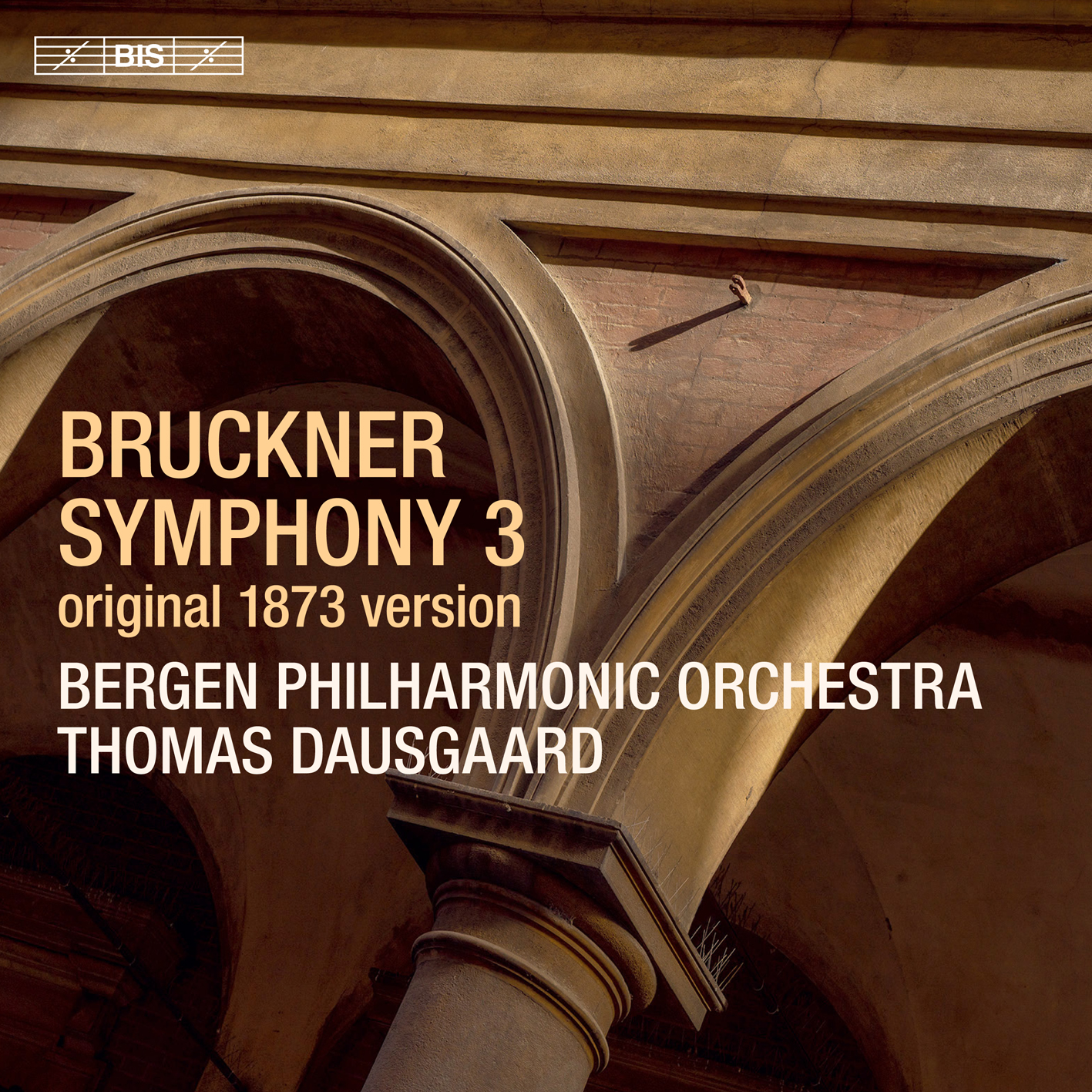 Bruckner’s Symphony No. 3 (original 1873 version), performed by the Bergen Philharmonic Orchestra conducted by Thomas Dausgaard (BIS Records): “Bruckner—he is my man!,” Richard Wagner once boasted. In that quotation there is both a reflection of the genuine warmth that existed between the two composers and a hint of the rapturous sway in which the domineering Wagner held so many of his followers. Bruckner, a quiet man of peasant stock who spent his early career teaching in a grammar school, looked to the dazzling “Old Sorcerer” (as Friedrich Nietzsche, a considerably less forbearing disciple, dubbed him) for creative guidance and inspiration throughout his life. There is no greater expression of Bruckner’s admiration than his Symphony No. 3 in D minor, dedicated to “the unreachable world-famous noble master of poetry and music” and peppered throughout with allusions to Wagner’s operas. The famously diffident Bruckner revised his symphonies repeatedly throughout his lifetime (sometimes with the overbearing input of others); none of these symphonies has a more convoluted history of revision than the Third. Dedicated Brucknerians and newcomers alike will do well to seek out this new recording from the Bergen Philharmonic Orchestra and Thomas Dausgaard of the first edition of 1873, a version unperformed during Bruckner’s lifetime but given the seal of approval by Wagner himself during a beer-soaked carousal one evening with Bruckner. —IS

“Cross Pollination: Heade, Cole, Church & Our Contemporary Moment,” at the Thomas Cole National Historic Site, Catskill, and at Olana, Hudson (through October 31): Though born in Pennsylvania and associated with the Hudson River School, the painter Martin Johnson Heade (1819–1904) was a man of the tropics. In 1863 he traveled to Brazil, adding later journeys to Colombia, Nicaragua, Panama, and Jamaica, before a final voyage to settle in the subtropics of St. Augustine, Florida. The tidal marshes of his younger days gave way to craggy swamps and the fauna therein, especially the numerous hummingbirds of Brazil, reproductions of which were intended to be published in book form as The Gems of Brazil. The book never appeared, but the alluring avian paintings survive. Through October 31, the Thomas Cole National Historic Site and nearby Olana have sixteen of the original pictures on show, accompanied by work from both contemporaneous artists such as Cole and Frederic Edwin Church and still-living artists such as Mark Dion and Maya Lin. The paintings will later travel to Jacksonville, Winston-Salem, and Crystal Bridges, a museum in Bentonville, Arkansas. —BR

“Prague of a hundred towers,” by Eric Ormsby (March 1998). A review of Prague in Black & Gold by Peter Demetz.

“A great bath,” by Jay Nordlinger. On an all-Mozart concert at the Salzburg Festival.