This week: On Roger Scruton, contemporary art at the Met, Teatro Nuovo & more. 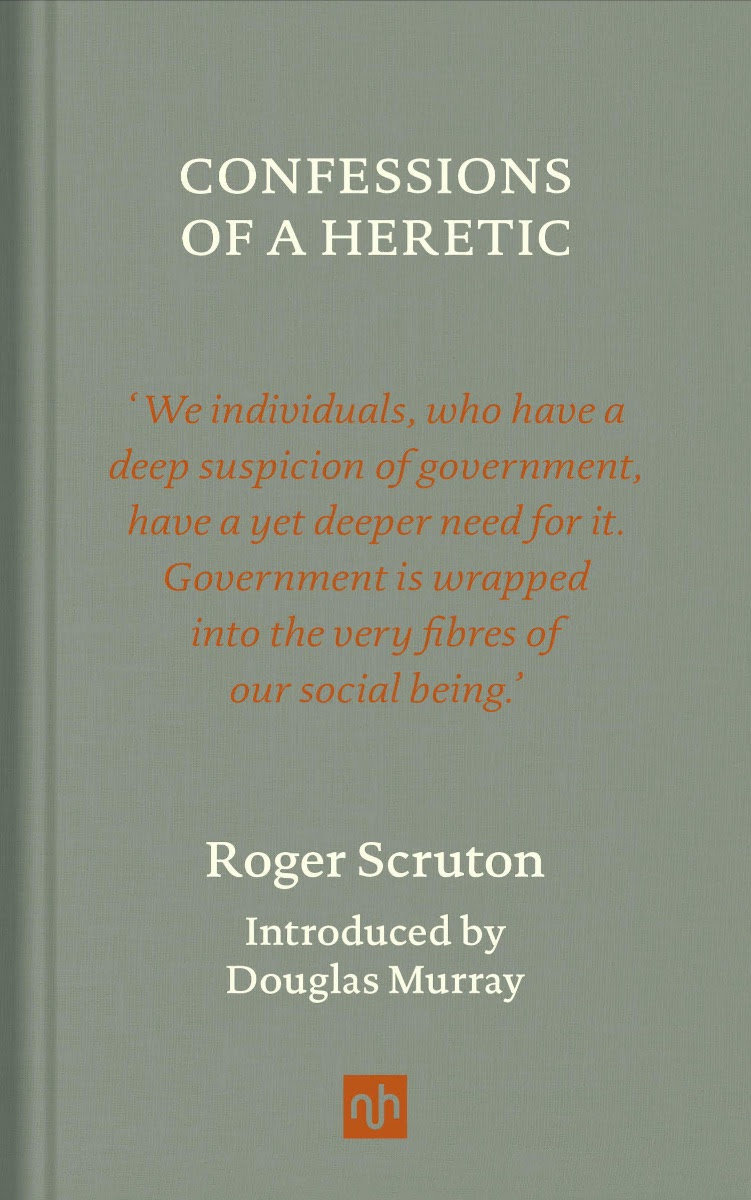 Confessions of a Heretic, Revised Edition, by Roger Scruton, Introduced by Douglas Murray (Notting Hill Editions): The late Roger Scruton described the essays in this collection as “aspects of my thinking which . . . ought to have been kept to myself.” We are grateful he decided otherwise. Now republished by Notting Hill in a new slim hardcover edition with an introduction by Douglas Murray, Confessions brings together twelve of Sir Roger’s thoughtful and unexpected reflections on music, social media, architecture, and more—“matters of concern to all intelligent people,” as he wrote from Scrutopia in Christmas 2015. The essay “Loving Animals” is a case in point. Why should we question our sentimentality for pets? Because by “loving our dogs and cats we put a strain upon the natural order that is felt most grievously by the birds and beasts of the field”—something he observed on his own farm. Or consider “Conserving Nature,” where Scruton talks up a conservative concern for the environment and criticizes the American suburb, not as the “result of freedom and the market” that conservatives often assume it is, but as an imposed environment that is “massively subsidised by the state.” Agree or disagree, as Douglas Murray writes in his new introduction, “Scruton showed his readers not just what they should reject, but what they should nurture and love.” —JP

Current installation at the Metropolitan Museum of Art’s Contemporary galleries: With the New York galleries largely closed for their annual summer break, on a recent trip through the Metropolitan Museum of Art I took a trip to the contemporary department, where the museum displays paintings and sculptures from its collection on a rotating basis. I was pleasantly surprised by the variety of the current offering, which includes several new acquisitions, many of which were donated as part of the museum’s sesquicentennial celebration this past year. Among them is Peter Doig’s mural-sized Two Trees(2017), which I had last seen at Michael Werner Gallery when it was first exhibited in New York. Nearby sits a horizontal 1965 Jack Whitten sculpture, Homage to Malcolm (described by Eric Gibson in a November 2018 review of the Met’s landmark Whitten sculpture exhibition). There’s also a characteristically eye-popping arrangement of stacked colored rectangles by Stanley Whitney, Fly the Wild (2017), which sits in conversation nicely with both Shara Hughes’s similarly light-drenched How Do You Sleep At Night (2017) and the minute, handmade, pastel geometries of a 2016 untitled work by Etel Adnan. Fleshing out the presentation are notable pieces by, among others, Michael Armitage, Amy Sillman, and Njideka Akunyili Crosby (her enormous collaged painting on paper unfortunately under distractingly reflective glass). The room is mercifully free of sound or video installations. Recently I’ve begun to think that the Met does a better job of displaying modernism than the museum thirty blocks to its south founded ostensibly to do just that. This latest trip has me wondering—does it also best MOMA in its presentation of contemporary painting and sculpture?  —AS

The Barber of Seville, performed by Teatro Nuovo, in Damrosch Park at Lincoln Center (July 27 and 28): The return of opera to New York is close at hand. One needn’t wait until the September 27 opening of the Metropolitan Opera’s 2021–22 season to visit Lincoln Center for an opera, however. The recently formed opera company Teatro Nuovo will be first out of the gate with a two-night run of Rossini’s Barber of Seville this week in Lincoln Center’s Damrosch Park, in a staging billed as New York’s first full opera performance since the shutdowns of spring 2020. Teatro Nuovo, dedicated to period performance practice and instrumentation, states a goal of making “the orchestra a participating and listening ensemble, rather than an instrument to be played upon by a conductor.” How does the company seek to achieve this? In a bel canto opera such as Barber’s case, by doing away with the anachronistic convention of the domineering maestro and instead staying true to historical practice by dividing conducting duties between the first chair violinist and the accompanying harpsichordist. Tickets remain available but are limited to 480 for each performance. —IS

The Vail Dance Festival, Gerald R. Ford Amphitheater, Vail, Colorado (July 30–August 9): In 1989 the Bolshoi Ballet Academy performed in the United States for the first time in forty years. After a canceled Houston show, the group was offered the chance to dance in Vail; the performance was such a success that the Academy returned for a summer residency in the following years. Soon a major festival was created to host dancers, choreographers, and musicians from top arts organizations around the world. Under the artistic direction of the former New York City Ballet principal Damian Woetzel since 2006, the Vail Dance Festival has given many artists the opportunity to premiere new work—and balletomanes the chance to witness rare cross-company pairings. (In recent years, for instance, audiences have seen the NYCB principal Tiler Peck paired with the ex-Royal Ballet principal Sergei Polunin and the Memphis jookin’ dancer Lil Buck.) Though the festival’s signature International Evenings of Dance galas will be decidedly less international this year, the lineup includes many principal dancers of New York’s ballet companies and masters of other styles, such as the tap dancer Byron Tittle. Look out for new episodes of the Conversations on Dance podcast hosted by the former Miami City Ballet dancers Rebecca King Ferraro and Michael Sean Breeden, who will be interviewing dancers and choreographers at the festival. —JC 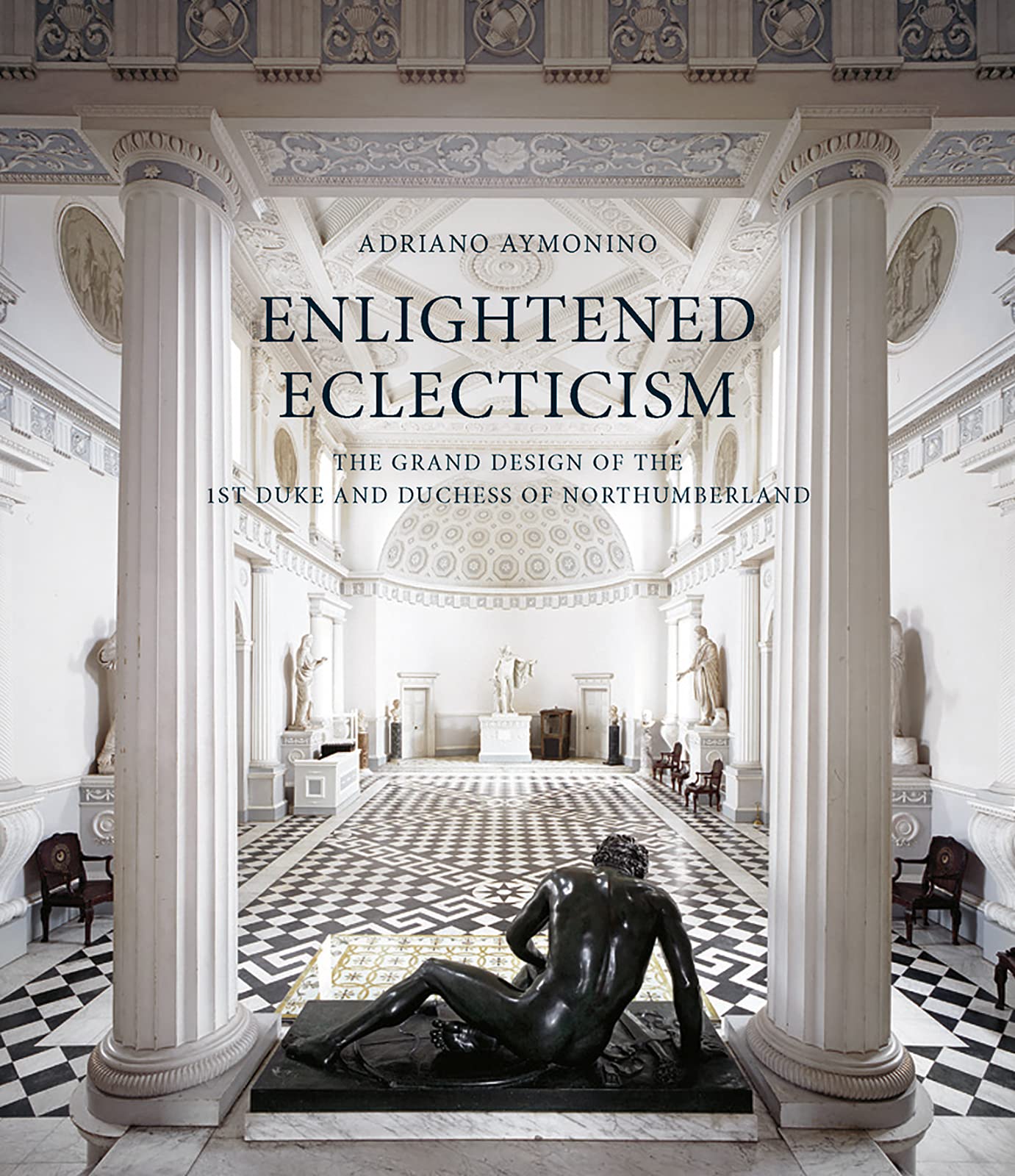 Enlightened Eclecticism: The Grand Design of the 1st Duke and Duchess of Northumberland, by Adriano Aymonino (Yale University Press): A few years ago, while traipsing around the grounds of Syon House outside of London looking for the remnants of a bridge that may never have existed, I thought I might as well pop in to the house. No pictures—and I’d seen plenty—could prepare me for the Great Hall, which Adriano Aymonino, in his new book on the architectural programs pursued by the first Duke and Duchess of Northumberland, calls “white, Doric, severe.” Here is a room, stunning in its simplicity, reliant mostly on patterns and texture for its striking effect, that must be experienced in person. If that’s not possible, Aymonino’s new monograph, produced in conjunction with the Paul Mellon Centre, must be the next best thing. The book features the Great Hall on the cover and in many plates, and is essential reading for anyone interested in neoclassical design. —BR

“Realism without falsity,” by Jeffrey Hart (April 2011). A review of Wolf: The Lives of Jack London by James L. Haley.

“All & nothing at all,” by Timothy Jacobson. On the Atlantic Charter at eighty.