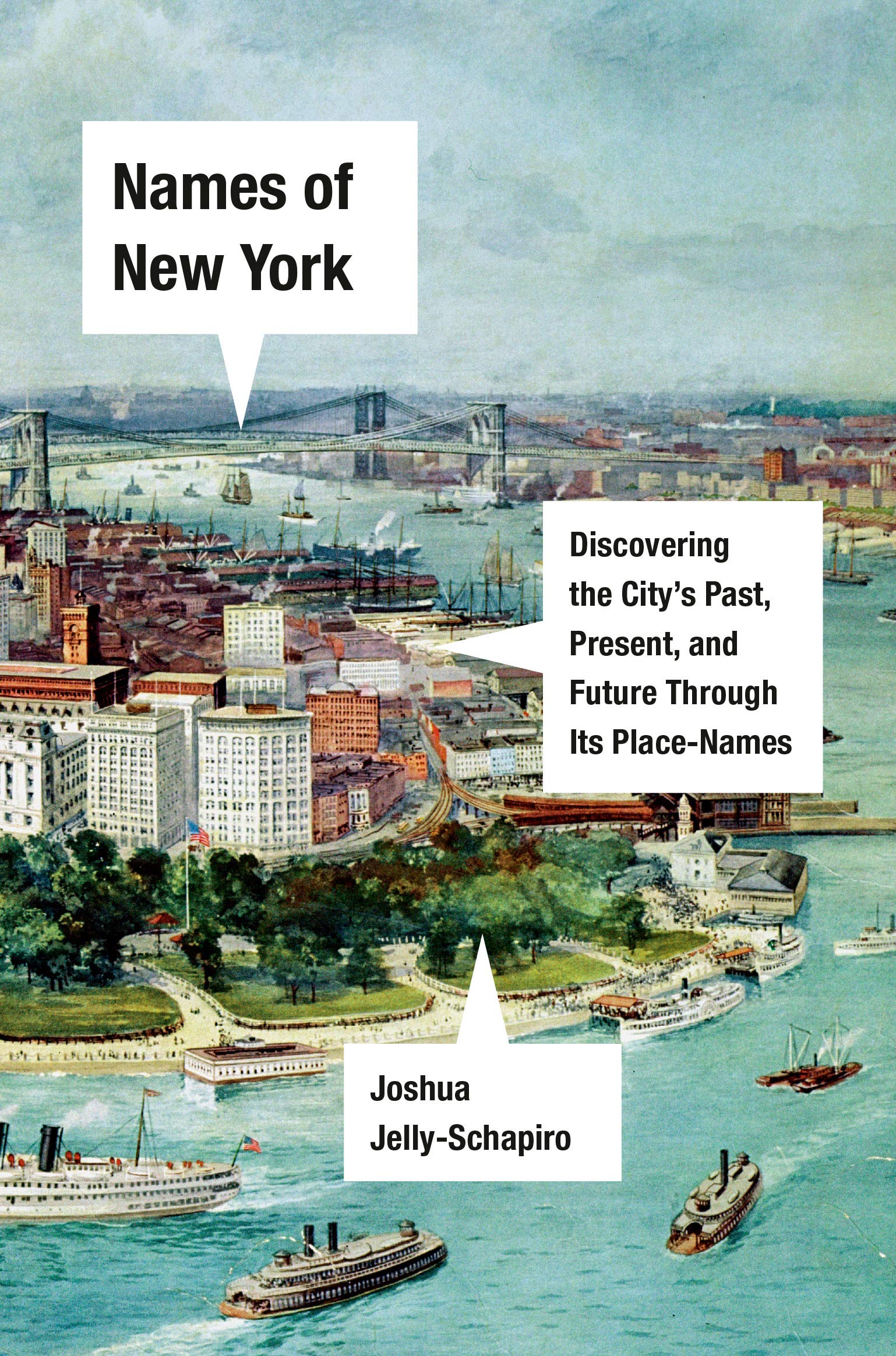 Names of New York: Discovering the City’s Past, Present, and Future Through Its Place-Names, by Joshua Jelly-Schapiro (Pantheon): Early in Names of New York, an exploration of the city’s places and why they’re called what they are, Joshua Jelly-Schapiro quotes Francis Bacon in saying, “Name, though it seem but a superficial and outward matter, yet it carrieth much impression and enchantment.” Who could deny the truth of that when on a Metro-North train out of the city and passing Spuyten Duyvil (from the Dutch for “devil’s whirlpool”)? Jelly-Schapiro’s survey of New York’s place-names is an entertaining guide to a city about which there is always more to learn.  —BR

“Andrew Forge: The Limits of Sight,” at Betty Cuningham Gallery (through July 30): “Andrew Forge: The Limits of Sight” was originally curated by Karen Wilkin for the Fairfield University Art Museum in late 2020. Due to virus lockdown restrictions, the paintings never really saw the light of day, so we can be thankful to Betty Cuningham Gallery, which represents Forge’s estate, for putting on an abbreviation of the show this summer. Forge died in 2002, but his elusive abstractions, usually built up through an atmospheric accretion of innumerable small colored “dots,” have something important to say to us in a moment when the necessity of in-person interactions with art is being called into question by high-tech photographic illustration and those now-ubiquitous online “viewing rooms.” Cuningham has indeed set up a viewing room for this exhibition, but in it we find an insightful essay by Wilkin which demands that we also take the trip to Rivington Street: “Forge’s paintings must be seen, in actuality. No reproduction, whether conventional or digital, no matter how technologically advanced, can capture their essential and distinctive qualities. And they must be studied for extended periods.” Having spent an hour or so with the paintings last week, I can report that this is true. Look out for my full review of the show, forthcoming on Dispatch. —AS

“Re:Growth, A Celebration of Art, Riverside Park, and the New York Spirit,” at Riverside Park (through September 13): There’s something different about seeing sculpture in the wild. For “Re:Growth,” a park-wide installation of works by twenty-four artists, New York’s Riverside Park Conservancy is making the most of its four-mile riverfront landscape. On view through September 13, with an opening reception this Tuesday, this free exhibition features a parade of artworks from Sixty-fourth to One hundred-fifty-first Streets. Curated by Karen Lee, the director of the Chelsea gallery BravinLee, who curated 2006’s “Studio in The Park” exhibition, “Re:Growth” turns Riverside into a treasure hunt where the treasures include the art, the monuments (see here and here), and, most of all, the great park itself. —JP 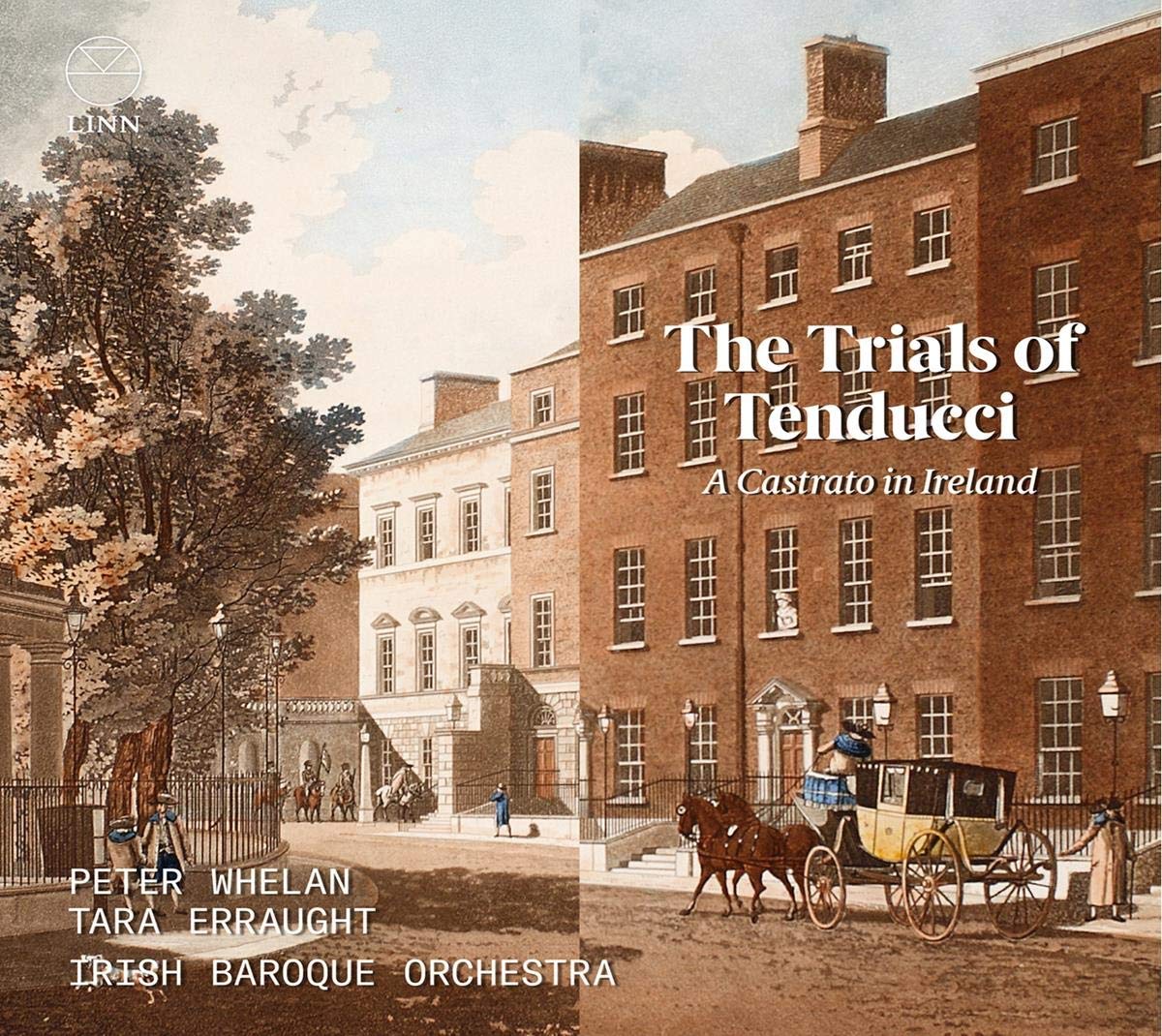 The Trials of Tenducci: A Castrato in Ireland, by the Irish Baroque Orchestra, conducted by Peter Whelan (Linn Records): In my Critic’s Notebook of two weeks ago, I wrote about Thomas Arne’s opera Artaxerxes(1762) and the star of its London premiere, the castrato Giusto Fernando Tenducci (1730–90), whose name found its way into James Joyce’s Finnegans Wake via a song popular among Dublin street urchins. Tenducci, as it happens, is far more than a footnote to the history of Irish literature. Some of the most colorful chapters from the life of this castrato Lothario—speculated upon by none other than Giacomo Casanova in his memoirs—took place in Ireland, from tour-de-force premieres, to elopements, to bouts in prison. Elsewhere Tenducci rubbed shoulders with Mozart, befriended J. C. Bach, sat for Thomas Gainsborough, and chased his way through boudoirs across Europe. A new album from the Irish Baroque Orchestra, the conductor and accompanist Peter Whelan, and the mezzo-soprano Tara Erraught focuses on the music of Tenducci’s Dublin years and gives a window into the riotous life of one of opera’s greatest performers. —IS

Vienna Waltzes by George Balanchine, with the New York City Ballet (through June 17): The New York City Ballet’s digital season concludes with a 2013 performance of George Balanchine’s tribute to Viennese ballroom dancing, first shown in 1977. This forty-five-minute ballet, set to pieces by Johann Strauss II, Franz Lehá, and Richard Strauss, opens with a lone couple in a dark wood, soon disturbed by a merry crowd in ballroom attire, who weave through trees and twirl around each other in gorgeous circular formations. The following sections interpret the traditional waltz in different ways, from the comical “Explosions-Polka” to the aristocratic “Gold and Silver Waltz.” Megan Fairchild and Anthony Huxley, the solo couple in the pastoral second section, are especially enjoyable to watch, performing bubbly, mischievous steps with pillow-soft landings. The last piece features a grand, occasionally introspective solo from the elegant Maria Kowroski, and takes place in a vast mirrored hall with music from Richard Strauss's Der Rosenkavalier. It’s a cheery romantic concoction, and the last digital show before what will undoubtedly be a welcome fall season back in person at Lincoln Center. —JC

“A universal region: the fiction of Eudora Welty,” by Brooke Allen (October 1999). Upon the publication of the Library of America edition.

“Three amigas,” by Jay Nordlinger. On a concert by two sopranos and one mezzo.