“Jason Stopa: Joy Labyrinth,” at Morgan Lehman (through June 19): Jason Stopa’s playful abstract paintings make unbuttoned allusions to lattice fencing, heraldic shields, musical notation, and exponential functions, among other visual sources. Loosely brushed in high-keyed yet specific and seemingly carefully chosen hues, the paintings sit in conversation with the work of artists like Stanley Whitney and Marina Adams, though Stopa tends, more than those two, towards idiosyncratic gestures that disrupt the unity of his pictures. Also like Whitney, Stopa readily acknowledges the formal modernist grid (an inevitable consequence of any rectangular canvas), but does so with a sense of mirth and pleasure and fun. He is now showing new works at Morgan Lehman, in his first exhibition with the gallery. —AS

“Fabio Luisi conducts Mahler,” with the Royal Concertgebouw Orchestra, Amsterdam: The classical world was all set to make 2020 the Year of Mahler—it was the composer’s 160th birthday, after all. Grand, Mahlerian orchestral forces and social distancing do not, of course, mix, and aside from a smattering of virtual efforts the pickings were slim. Happily, Amsterdam’s venerable Concertgebouw Orchestra is making good progress toward redeeming Mahler’s lost year. Listen for free to this streamed performance of Fabio Luisi conducting Mahler’s Symphony No. 5 (1902) and Kindertotenlieder (1904), along with the premiere of a new work by the young Dutch composer Rick van Veldhuizen. Mahler’s Fifth received its Dutch premiere with the Concertgebouw Orchestra in 1906, under the composer’s own baton. —IS

Neo, by Alexei Ratmansky, starring Isabella Boylston and James Whiteside, at The Joyce Theater (through June 16): The American Ballet Theatre’s Artist in Residence debuts a new work set to contemporary music by the composer Dai Fujikura, whose fast, complicated rhythms are played by Sumie Kaneko on the shamisen, a traditional Japanese instrument with the intensity of an electric guitar. Isabella Boylston and James Whiteside channel an otherworldly energy in a spiky duet, mixing classical fouetté turns with scooping flex-footed steps and bent-knee jumps. Boylston occasionally resembles a bird attempting flight, performing traveling relevés in arabesque and delicate hand flutters, while Whiteside alternates tiny, shuffling hops with big jumps and smooth crouched landings. In the adagio section, the pair builds shapes using Boylston’s high extensions, culminating in hair-raising tilts en pointe. After this nine-minute marathon (much longer than the average pas de deux) the artists discuss the creative process with the Joyce trustee Rob Ashford. Consider this a “pre-premiere,” in the words of Ratmansky, and look out for its live debut, sure to galvanize pandemic-weary audiences. —JC 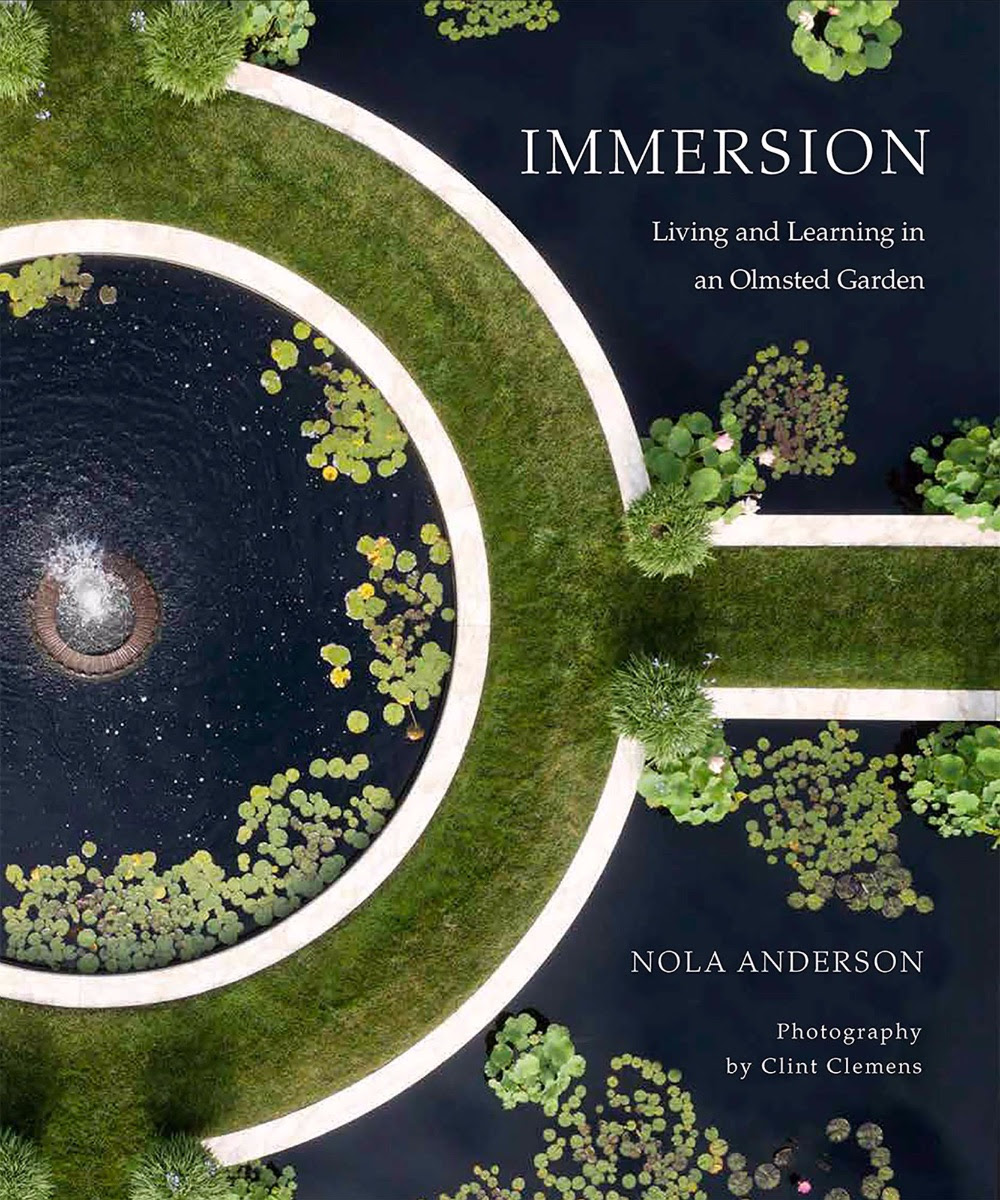 Immersion: Living and Learning in an Olmsted Garden, by Nola Anderson (Damiani): The tone for Nola Anderson’s Immersion is set in a footnote to the introduction. Discussing her house and grounds in Manchester-by-the-Sea, Massachusetts, she recalls being chastised by her landscape architect for referring to the house’s total outdoor space as a garden: “Patrick Chassé says ‘garden’ is properly used to refer to a distinct space: the herb garden, rose garden, vegetable garden. The correct term for the collection of gardens is ‘the landscape.’ With all respect to Patrick, I cannot bring myself to describe The Chimneys as a landscape. It is my garden; it is my home.” At once we understand this will be a chatty, personal book, not some dry survey. What a treat it is: Anderson takes us through the various outdoor spaces designed by the Olmsted Brothers firm for the Lane family starting in 1902. This splendidly illustrated book both instructs and delights. —BR

“Mene Ukueberuwa on doing journalism well”: On May 26 The New Criterion welcomed back its Young Friends for a spring reception in New York. Our special guest was Mene Ukueberuwa, an editorial writer at The Wall Street Journal and a former Hilton Kramer Fellow at The New Criterion. At the Journal, Mene covers the economy, taxes and regulation, and other topics. Mene’s assignment of the evening was the state of journalism in America and “What It Means To Do Journalism Well.” Journalists, and journalism readers and watchers, take note. —JP

“Biden’s Architecture of Power.” On the toppling of a nonpartisan arts commission.
James Panero, The Wall Street Journal.

“The metamorphosis of David Jones,” by Ian Tuttle (May 2018.) A review of David Jones: Engraver, Soldier, Painter, by Thomas Dilworth.

“A comedy of errors,” by Anthony Daniels. On W. W. Jacobs, the British short story writer of humor & horror.