This week: On art at the Frick, John Lees, Wilton House & more. 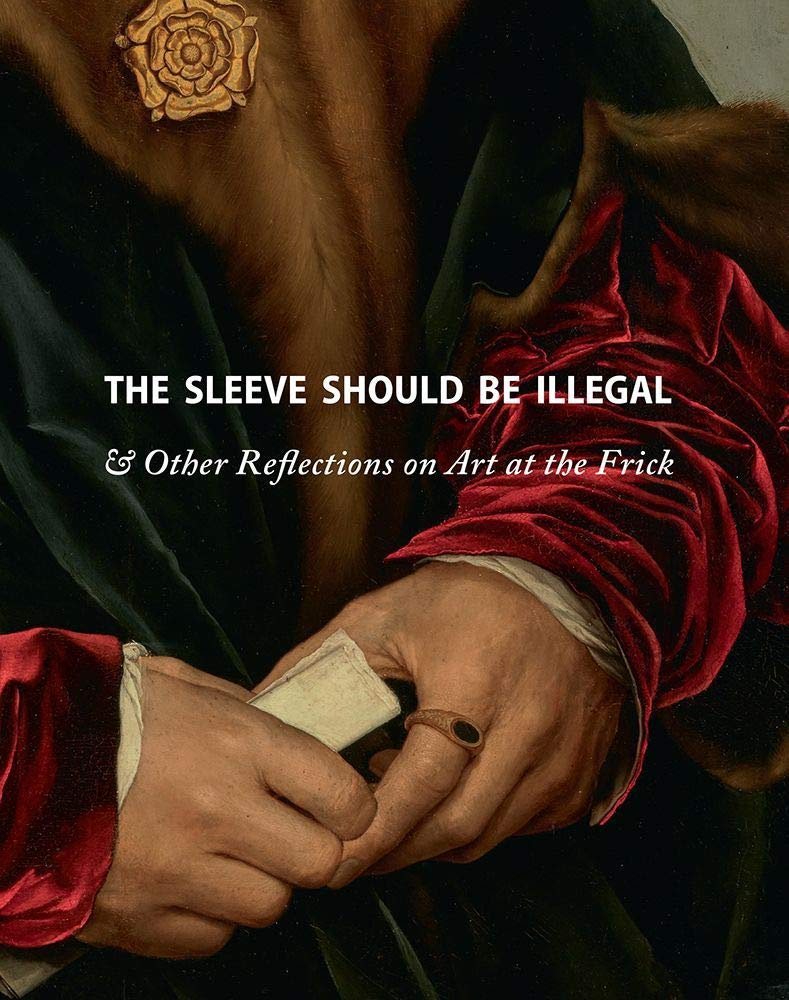 The Sleeve Should Be Illegal & Other Reflections on Art at the Frick(DelMonico Books/The Frick Collection): At its new home on Madison Avenue or its true home on Fifth, The Frick Collection promotes an intimate engagement with some of the greatest works of art. Whether that intimacy should be shared with others is the question posed by The Sleeve Should be Illegal & Other Reflections on Art at the Frick. Edited by Michaelyn Mitchell, with an introduction by Adam Gopnik, the new book brings together sixty-two contributors waxing ekphrastic on Frick masterpieces from Bellini’s to Whistler’s. We do not live in a golden age for ekphrasis, at least judging by many of the contributions here. Do I need to know about Lena Dunham’s infrequent showering schedule in reading about Greuze, or where Jonathan Letham went to “blow joints on boulders” before gazing at Holbein’s Sir Thomas More? Matched with fine illustrations, the book’s often desultory observations at least give us license to indulge in our own visual reveries. After all, when it comes to art, there are no stupid questions. When it comes to writers, well, that’s another matter. —JP

“John Lees: New Work,” at Betty Cuningham Gallery (through May 22): Looking as if they’ve been painted up, sanded down, rubbed into, scraped away, tossed about, kicked around, and painted up again (and again and again), John Lees’s paintings, on view now at Betty Cuningham Gallery on the Lower East Side, are unkempt to the extreme. Their surfaces often rudely emerge into our physical space in low relief—see the near lip of an old-timey, free-standing bathtub, worked on from 1972 to 2010. It’s an effect that could easily descend into gimmick, but in Lees’s hands the brunt physicality also leaves room for delicate vision. (A similar thing to that bathtub lip is happening in the foreground at the bottom edge of his Pond, painted from 1991–93 and then 2011–2012, but to a more numinous and visionary effect.) Though never overtly invoked, a diverse suite of painterly precedents sprung to my mind when looking through the show: primarily Nabis like Ker-Xavier Roussel and Maurice Denis; but also early Florentines (in the bust-length portraits); Albert Pinkham Ryder (in their occasionally jewel-like, knobby, densely-glazed surfaces); Antoine Watteau; Antonio López García; post-Nabi Bonnard (in the more colorful, panoramic outdoor scenes); late Monet; and several others. —AS

The Holberg Suite by Edvard Grieg, performed by Jonathan Plowright at Wigmore Hall (May 3): If you’ve ever heard Edvard Grieg’s two Peer Gynt suites (1888 and 1893) in concert, you may have encountered his Holberg Suite (1884) sharing the bill. Like the Peer Gynt suites (drawn from Grieg’s incidental music to Henrik Ibsen’s play), the Holberg Suite has a close connection to the theater: Grieg originally composed it for piano to commemorate the two-hundredth anniversary of the Danish-Norwegian playwright Ludvig Holberg’s birth. The Holberg Suite is a curious experiment in musical anachronism—in it, Grieg attempted to recreate the Baroque style of Holberg’s day within a Romantic, pianistic idiom. Today it is almost always performed in a later version for string orchestra, though I’ve long thought that the lesser-heard piano original reveals a special meditative quality, particularly during the haunting Air (Andante religioso), the suite’s emotional core. Judge for yourself this coming Monday when Jonathan Plowright will perform the suite, along with Ferruccio Busoni’s piano arrangement of Bach’s D-minor Chaconne, live from the Wigmore Hall stage. —IS 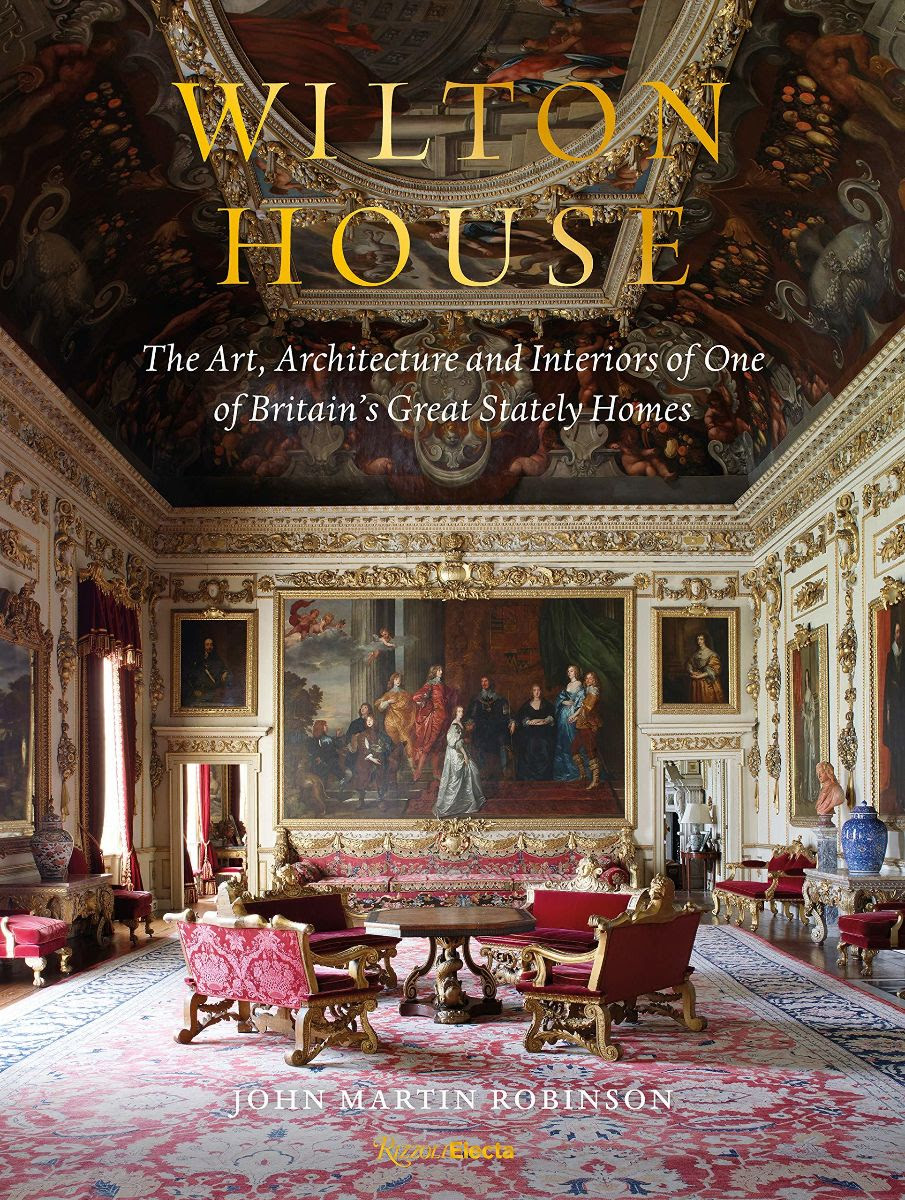 Wilton House: The Art, Architecture and Interiors of One of Britain’s Great Stately Homes, by John Martin Robinson (Rizzoli): With travel to England still maddeningly restricted, lovers of British architecture have to make do with reproductions. One of the finer recent examples is John Martin Robinson’s new book on Wilton House, published by Rizzoli. Detailing the house’s intriguing form—a Tudor pile successively Palladianized with a strong effort by Inigo Jones and associates—and its astounding artistic contents, including a host of works by Van Dyck, Raphael, Rembrandt, and Tintoretto, the book transports the reader to the big house just outside Salisbury, where the Herbert family has resided since 1544. Be sure not to miss the discussion of the ninth Earl of Pembroke’s design of the Palladian Bridge, which set a style for bridge-building that persisted for decades and made it as far as Russia. —BR

“Vuillard’s mysteries,” by Roger Kimball (March 2003). On the enigmatic painter.

“Christa the Great,” by Jay Nordlinger. On an interview with the late mezzo-soprano Christa Ludwig.