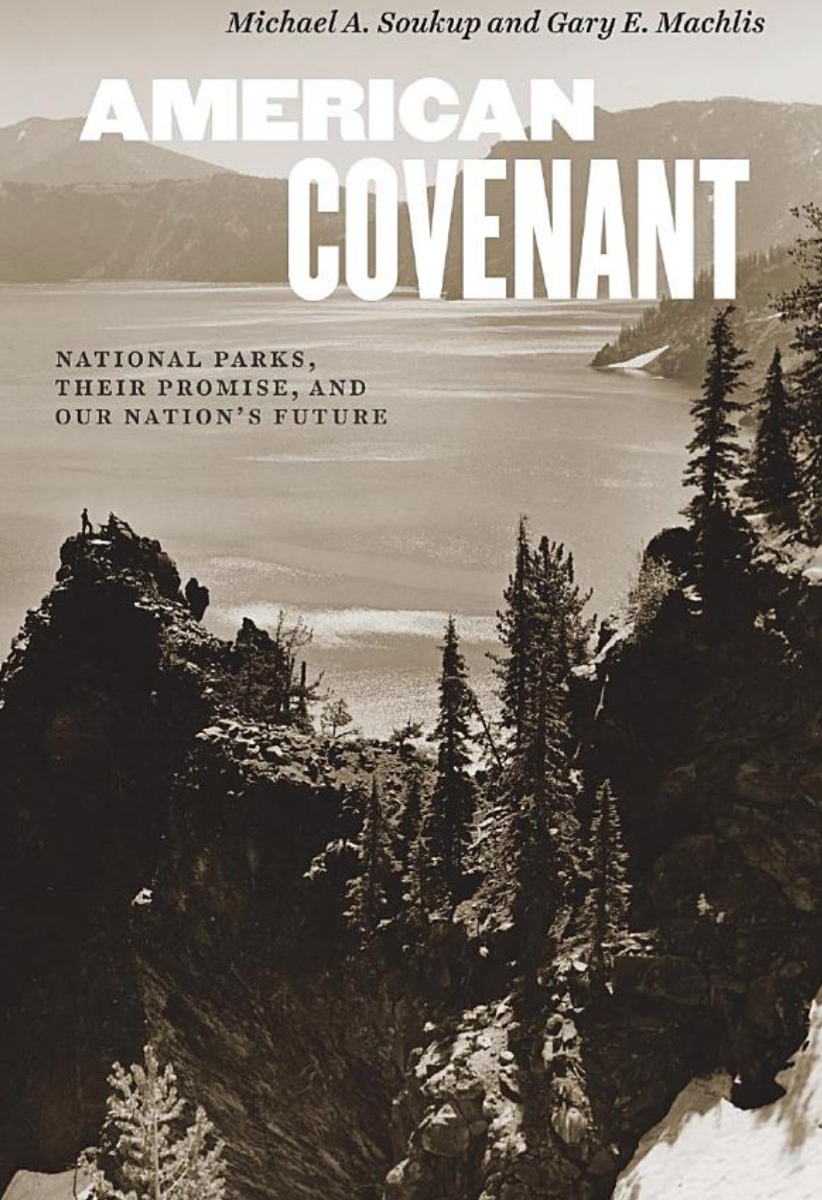 American Covenant: National Parks, Their Promise, and Our Nation’s Future, by Michael A. Soukup and Gary E. Machlis (Yale University Press): Thinking of our national parks conjures up erupting geysers, soaring snow-capped mountains, impossibly wide expanses of marshy grasses, and the like. We imagine the innumerable flora and fauna that inhabit these places, but usually absent from the Edenic picture is one rather important species—Homo sapiens. Of course, the very idea of a National Park System protected from human intrusion was birthed in politics, and thus, in a roundabout sense, the resulting parks chiefly concern people. In a new volume from Yale University Press, the environmental scientists Michael A. Soukup and Gary E. Machlis discuss the philosophical importance of parks to our national identity and heritage, and they dive into the very real bureaucratic, legal, and political issues entangling the National Park Service, an agency with which both authors have professional experience. Things in this latter regard can get as swampy as the Everglades, but those interested in learning about the twenty-first century prospects of our Park system would nevertheless do well to read this book. —AS

Music by Weinberg, Szymanowski, and Panufnik, featuring Nicola Benedetti and the Royal Scottish National Orchestra conducted by Thomas Søndergård (streaming through July 30): I’ve been a fan of Mieczysław Weinberg (1919–96) since hearing a number of his pieces for violin and orchestra performed in Russia several years ago, where the Polish composer’s music is held in high regard. Given a spate of recent concerts, it seems the rest of the West is catching on to a rich oeuvre that is full of undiscovered gems. Weinberg’s violin music is lush, sinuous, and colored by Jewish folk stylings, while his symphonies show the influence of his friend and mentor Shostakovich. His biography is a microcosm of twentieth-century tragedy. Born into a Jewish family in Warsaw that had fled pogroms in Moldova, Weinberg lost his parents and sister in the Holocaust but managed to make his escape to the Soviet Union, where he later found disfavor with the authorities and was likely saved from execution by Stalin’s death in 1953. Explore the work of this overlooked composer with a streaming performance of his Rhapsody on Moldavian Themes (1949) from the RSNO, along with music by other Polish composers.  —IS 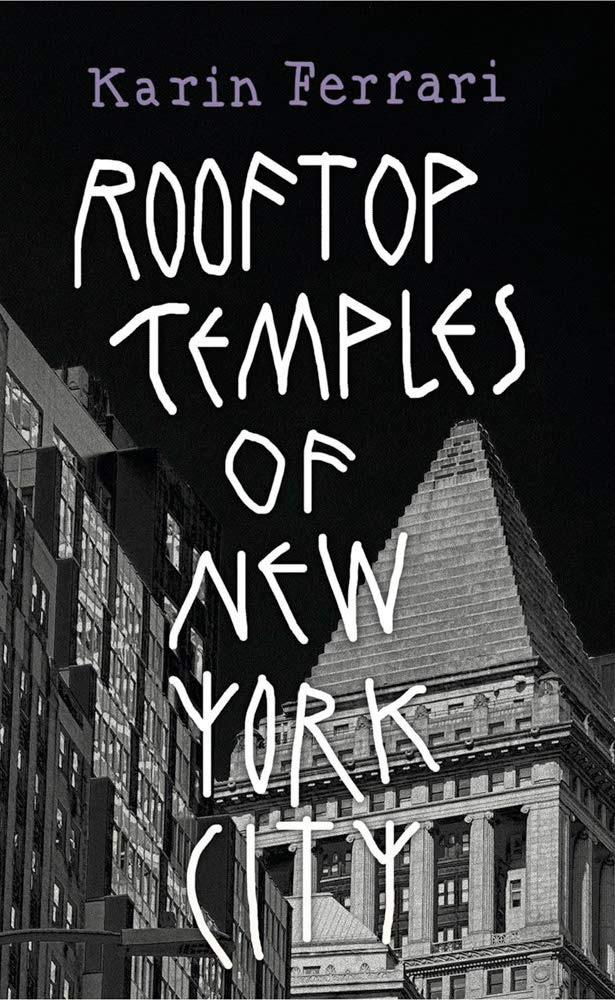 Rooftop Temples of New York City, by Karin Ferrari (Verlag für moderne Kunst): There is no text in the artist Karin Ferrari’s new book of photographs, Rooftop Temples of New York City, save for a few promotional blurbs and a précis on the back describing the work as a “morphology of capitalist architecture.” So perhaps we can be thankful for the verbal reticence. The book’s contents, however, are a wonder and well worth seeking out. Ferrari has documented, in contrast-heavy black-and-white, the structures that crown New York’s buildings—those “temples” that hide water towers, HVAC units, and all the other functional bits that we prefer to obscure. What’s most striking is the creativity demonstrated by the architects in what might be considered a banal task. Readers will savor the ziggurats, pseudo-porticoes, and octagonal towers on display. —BR 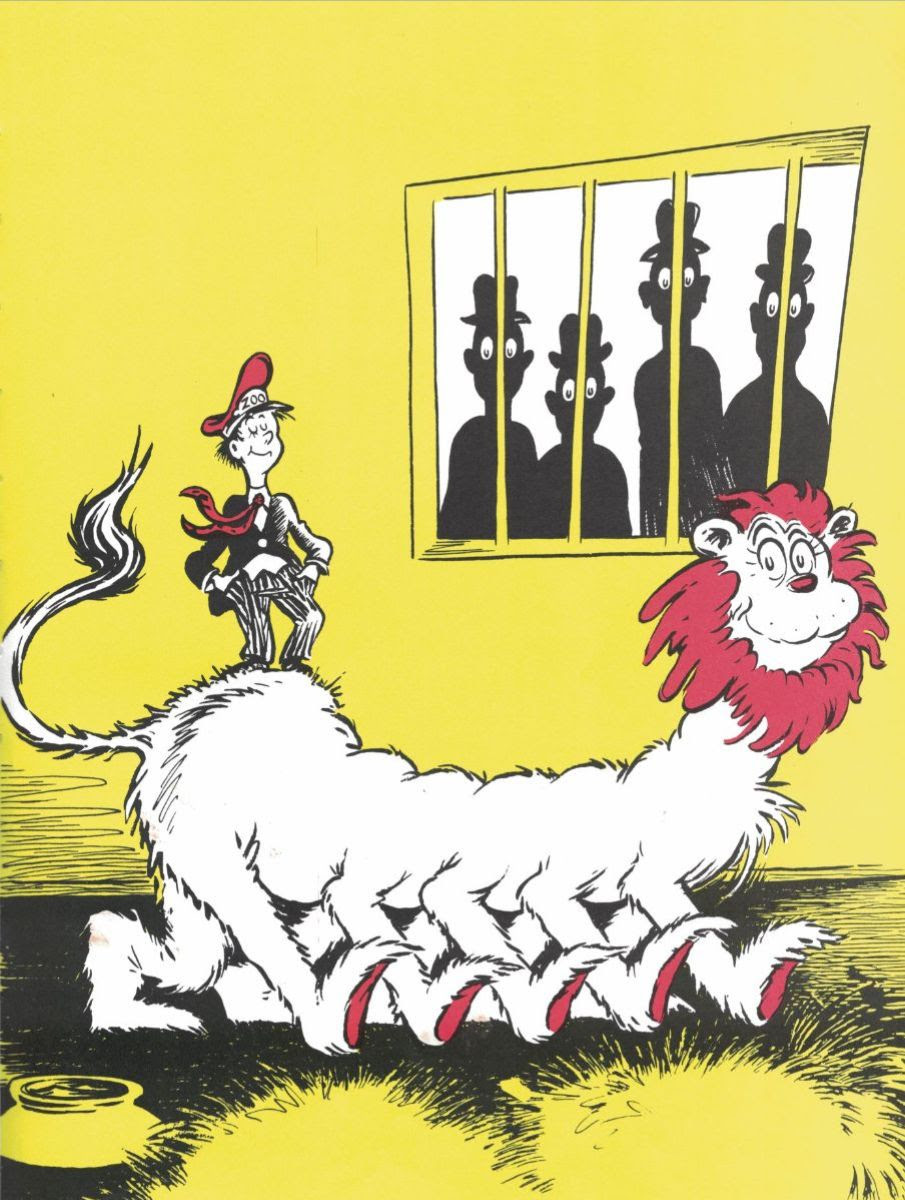 James Panero on “Man & beast”: What is so wild about If I Ran the Zoo? Don’t ask young Gerald McGrew. It was hard to escape the news when, on March 2, the zoo-loving protagonist of Dr. Seuss’s 1950 children’s book was captured and caged along with five other titles. The author’s own estate threw away the key to what quickly became the endangered species of its archive. The indictment of If I Ran the Zoo speaks not only to a modern problem with Seuss but also to a modern problem with zoos. For some, the history of America’s zoological parks is not so unlike the one imagined by young Gerald McGrew—and just as damning. The un-zooing of our zoos should come as no surprise, but at the Bronx Zoo, what remains of its turn-of-the-century art and architecture, often overlooked by visitors, still speaks to the zoo’s original ambitions. Listen to a preview from the forthcoming May issue of The New Criterion as I read from “Man & beast,” my reflections on the zoo. —JP

“What did Kierkegaard want?,” by Roger Kimball (September 2001). Reflections on the philosopher, occasioned by the recent biography by Alastair Hannay.

“Fiddling, stomping & more,” by Jay Nordlinger. On a spring festival from a Montana arts center.