“Greg Drasler: Crowded Places/Open Spaces,” at Betty Cuningham Gallery (through March 20): Greg Drasler’s “crowded places”—overhead views of vaguely anonymous men draped in gray flannel suits and topped by fedoras, bowlers, and homburgs—are dream-like evocations of a packed crosswalk on Wall Street circa 1947. It’s a subject ripe for social commentary, but the paintings can also read as purely formal explorations of framing, pattern, color, and space. The surfaces, though slick and glossy, reminded me a bit of Hopper’s in the tension they hold between painterly warmth and cool disinterest. With his “open spaces,” Drasler’s surrealist impulse kicks into overdrive: disused country highways, derelict utopian modernist bus stops, farmland as bright quilted fabrics, plaided skies, self-driving cars. That the two bodies of work are so different makes them all the more unsettling.  —AS

“Jacob Lawrence & Gwen Knight: Intersections,” at DC Moore Gallery (through March 27): As Jacob Lawrence painted America’s migrations and struggles, his wife Gwen Knight took inspiration from the couple’s own movements and labors. Now at DC Moore, a wide-ranging, scholarly exhibition looks to the “Intersections” of the two artists both in life and work. For sixty years, the pair blazed a trail together, beginning with their early apprenticeships with Charles Alston and Augusta Savage through work with the WPA and dual appointments at Black Mountain College. The work on display from both artists reflects these many shared chapters, from a 1945 seascape of Knight’s return to the Barbados of her birth, to Lawrence’s amusing circa 1948 sketch of his stylish wife carrying copies of Agatha Christie and The Ladies Home Companion out shopping for designer shoes. —JP 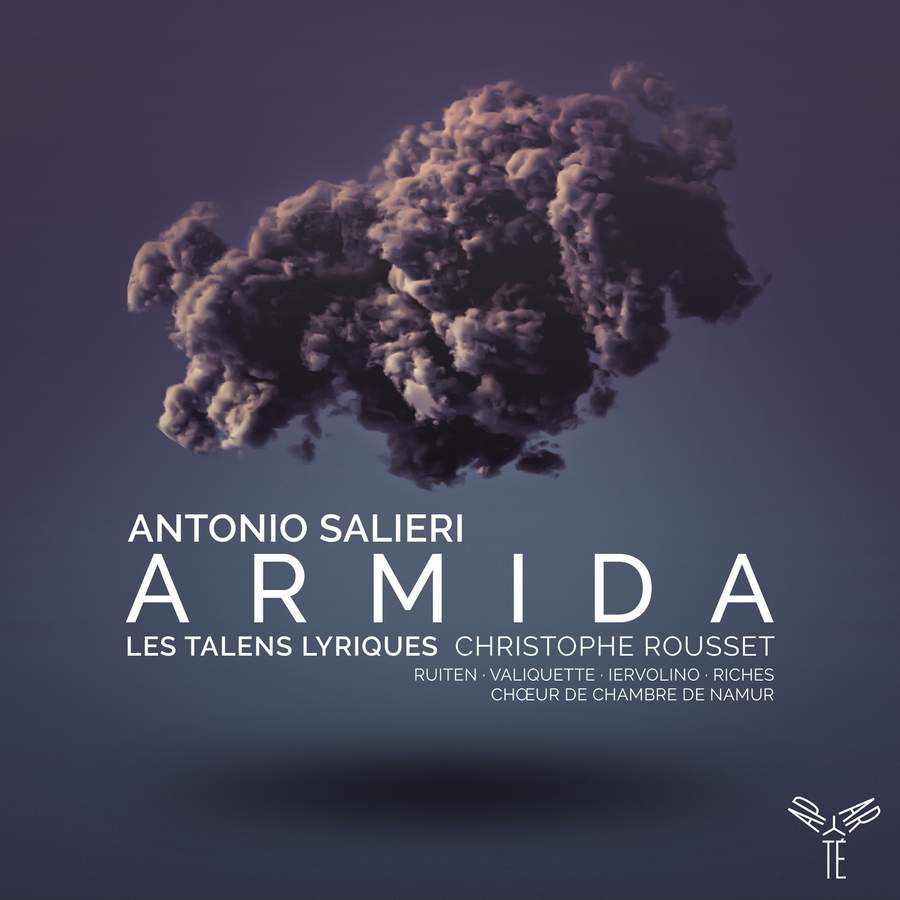 Armida, by Antonio Salieri, featuring Les Talens Lyriques conducted by Christophe Rousset (Aparte): From Alexander Pushkin to the movie Amadeus, the legend of Antonio Salieri as Mozart’s bitter, perhaps murderous rival, is an old one. It’s almost all bunk. In truth, Salieri was Mozart’s cordial senior colleague, and the two even composed a cantata together for voice and piano. If anything it was Mozart who was the jealous one, complaining in letters to his father of the “cabal” of Italian composers at the Viennese court blocking his way. It’s Mozart, of course, whom we celebrate today, and the once-vaunted Salieri whose music fell out of favor after his death. For the curious listener, the first full recording of Salieri’s opera Armida(1771), a tale of the Crusades, offers an opportunity to rediscover the work of this misunderstood composer. The role of the Christian knight Rinaldo calls for a soprano castrato: these being not quite so easy to find in our time as in Salieri’s, expect the voice of the soprano Florie Valiquette as a worthy substitute.  —IS

“An Irish Odyssey,” presented by The Attingham Trust for the Study of Historic Houses and Collections (March 16): The profusion of eighteenth-century furniture of Irish origin that regularly enters the antiques market gives the hint that gracious Georgian architecture is not solely an English phenomenon. Those eager to learn more about the historic houses of Ireland would do well to tune in tomorrow to a virtual tour of Irish houses, followed by a live panel discussion with leading historians, sponsored by the famed Attingham Trust. —BR

“He kept the ball rolling,” by David Pryce-Jones (January 2018). A review of Anthony Powell: Dancing to the Music of Time, by Hilary Spurling.

“Roger Kimball introduces the March issue.” A new podcast from the Editor and Publisher of The New Criterion.