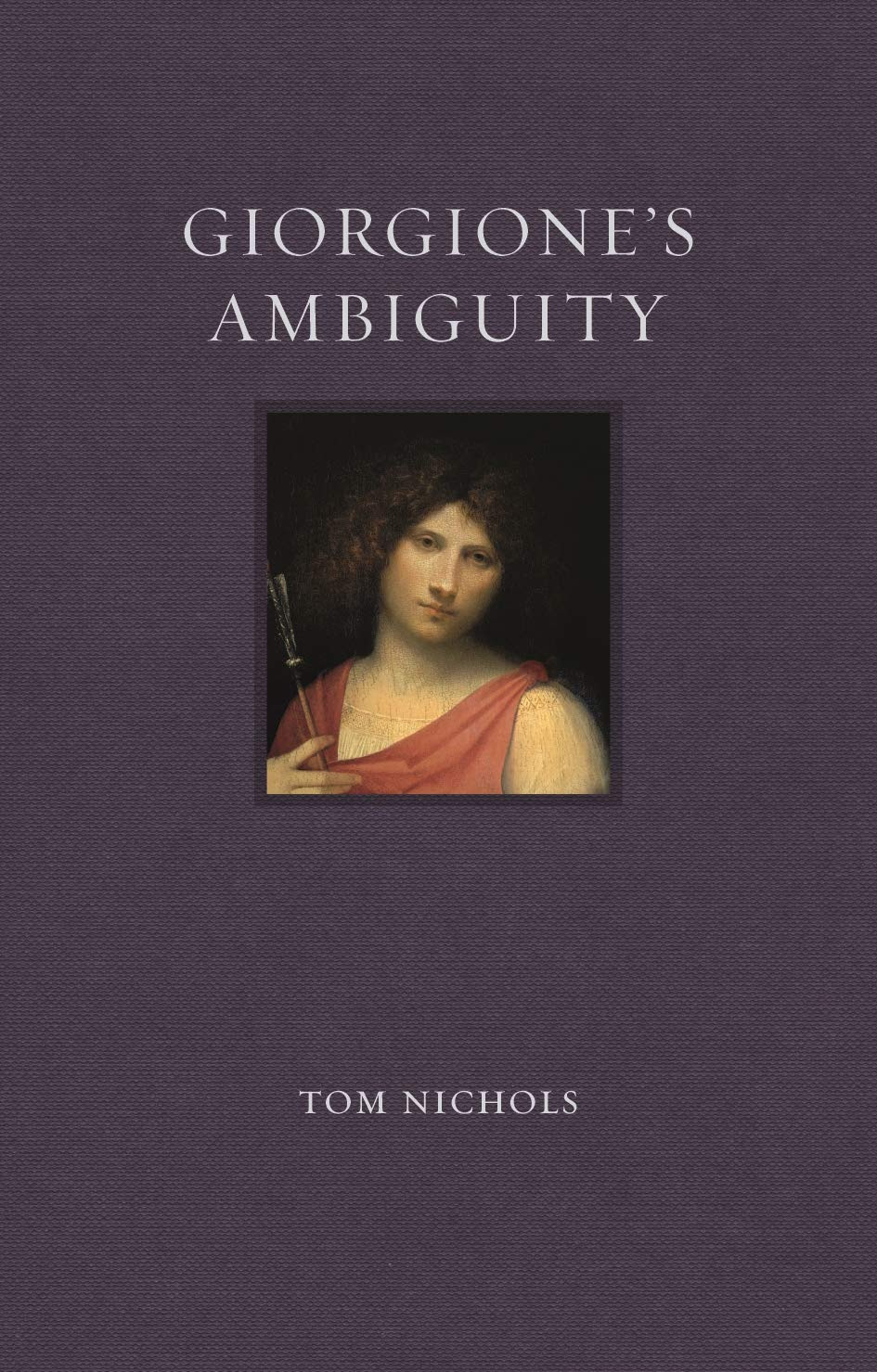 Giorgione’s Ambiguity, by Tom Nichols (Reaktion Books): Go online to look up the Renaissance painting term sfumato—Italian for something along the lines of “faded like smoke”—and you’ll first see pictures of the Mona Lisa. Leonardo’s portrait is, admittedly, a sterling demonstration of the technique, with which painters evoke subtle forms through nearly imperceptible color transitions, from, say, light to dark or warm to cool. Systematic use of sfumato can have the effect of shrouding a painting in visual mystery, allowing space for a kind of reflection that’s unencumbered by the more routine task of identifying historical narrative, political figure, or religious doctrine. No painter used sfumato to this end more thrillingly than Giorgione, of the Venetian School, who died in his thirties in 1510, and to whom only a handful of existing works can be firmly attributed. Tom Nichols’s book on Giorgione’s Ambiguity traces the life and work of this wonderfully enigmatic painter.  —AS

Scott Kahn at Harper’s Chelsea and Harper’s Apartment (through March 20), and at ATM Gallery (through March 21): In his intricate and intimate style, Scott Kahn combines outsider obsessions with interior visions. His surrealist paintings depict every leaf and cloud in dream-like tableaux. Now through March 20, spread across its two New York venues, Harper’s Chelsea and Harper’s Apartment is exhibiting a survey of Kahn’s meditative works. At the same time, on the Lower East Side through March 21, ATM Gallery is showing a selection of his portraits. The real and the surreal together, the three exhibitions present a comprehensive overview of Kahn’s uncanny body of work. —JP

“100% Saint-Saëns,” featuring the Orchestre de Paris conducted by Julien Masmondet: Most know Camille Saint-Saëns (1835–1921) today for the perennial favorite The Carnival of the Animals and the “Danse macabre,” but not for terribly much else. Yet the composer was industrious his whole life, from his professional debut as a piano prodigy at the age of ten—while Schumann and Mendelssohn still walked the earth—to his death at eighty-six as a respected elder statesman of French music, though one at odds with its increasingly modernist tendencies. It’s a shame that his broader oeuvre goes unnoticed; little of it will be a groundbreaking surprise to listeners, but most all of it will delight the ear and soul. In a recent streaming concert of Saint-Saëns favorites and hidden gems, the Orchestre de Paris honors the life of this great Parisian in the centenary of his death.  —IS 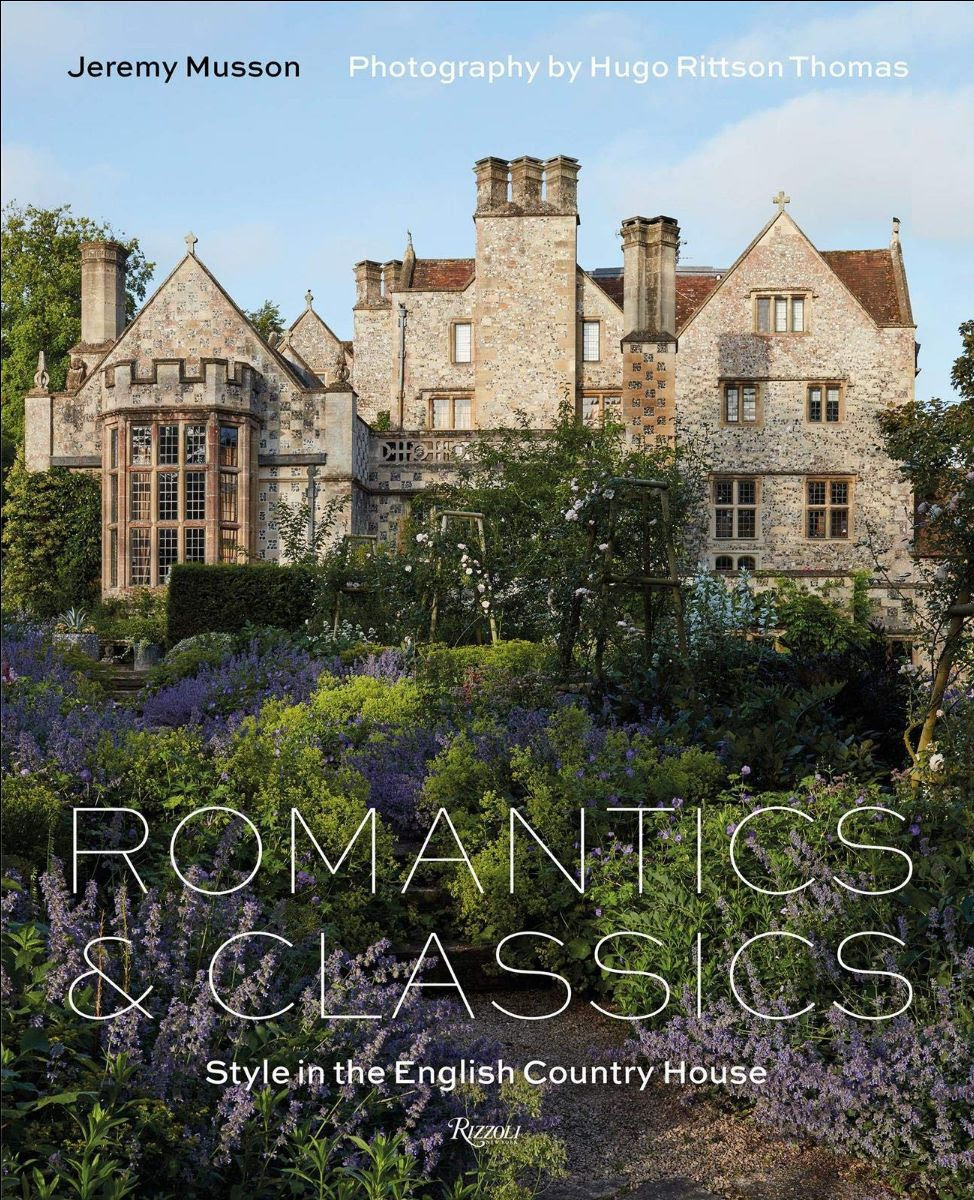 Romantics & Classics: Style in the English Country House, by Jeremy Musson (Rizzoli): If all philosophy is said to be “a series of footnotes to Plato,” then all English decorating might be said to be a series of footnotes to Sibyl Colefax and John Fowler, whose eponymous business has long survived its original partners. Their genius was, as the architectural historian Jeremy Musson has it, for “creat[ing] interiors of a kind of self-conscious nonchalance, suggestive of long occupation and possession.” A new book from Rizzoli, with text by Musson and photographs by Hugo Rittson Thomas, presents English country house style in full flower. Expect soft sofas (never “settees”), worn rugs, chintzes, and the ubiquitous Aga range. —BR

“Bloomsbury idols,” by Hilton Kramer (January 1984). On the revival of interest in the Bloomsbury Group.

“Music for a While #42: From a toast to a prayer.”
Jay Nordlinger, The New Criterion’s music critic, talks music—but, more important, plays music.

“On beyond madness!,” by Joshua T. Katz. On canceling Dr. Seuss.