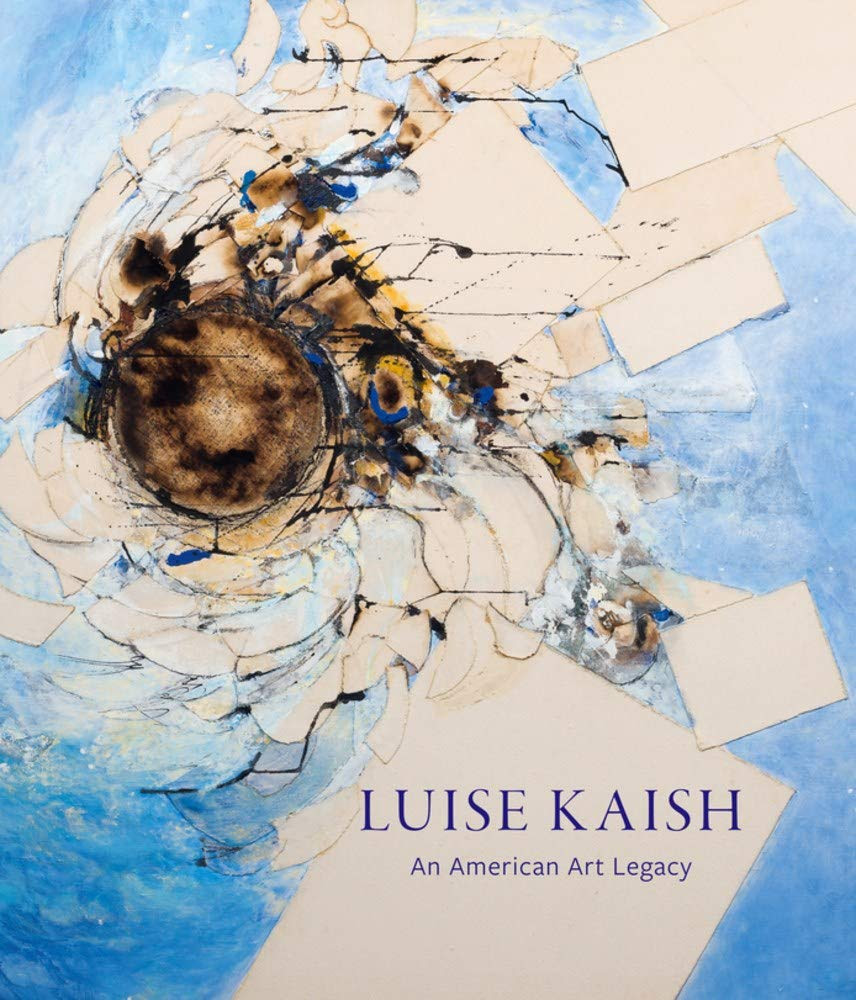 Luise Kaish: An American Art Legacy, edited by Maura Reilly (D. Giles Limited): As a painter, sculptor, and educator, Luise Kaish worked against the expectations of time and place. A precious and peripatetic talent, the New York artist (born in Atlanta, Georgia, in 1925) studied with the Mexican painter Diego Rivera and the Croatian sculptor Ivan Meštrović. Moving from realism to abstraction and back again, she looked for the spirit of art in color and form regardless of format, leading to ambitious commissions for religious sanctuaries, both Jewish and Christian. New this month from D. Giles Limited, Luise Kaish: An American Art Legacy, edited by Maura Reilly, brings together the wide-ranging work of this artist who died in 2013. The 256-page monograph includes essays by Daniel Belasco, Samuel D. Gruber, Eleanor Heartney, Norman L. Kleeblatt, Gail Levin, Roger Lipsey, and Vanja Malloy. As Kaish wrote in 1998, “Color reveals a pathway to our hidden worlds beyond reserve.” This publication examines those pathways anew.  —JP

Dmitri Hvorostovsky Week at the Met: The loss of Dmitri Hvorostovsky—the silver fox of the opera world and one of its greatest baritones—in 2017, at the age of fifty-five, was felt by many. Hvorostovsky first made his mark on the international stage at the 1989 Cardiff Singer of the World competition, where he beat the great Bryn Terfel for first prize (read the story and his charming appraisal of his friendly “rival” here). Acclaim followed in Italian and Russian roles, especially as the lead in Tchaikovsky’s Eugene Onegin, and he matured into a top interpreter of Verdi. This week is Dmitri Hvorostovsky Week at the Metropolitan Opera, part of its nightly series of free streamed performances (links to watch can be found here). The best has been saved for last: Hvorostovsky’s last full role at the Met in Verdi’s Il trovatore in 2015 will be streamed this coming Sunday. Despite undergoing treatment for terminal brain cancer at the time, Hvorostovsky rallied for a command performance as the Count di Luna. Watch for the standing ovation he receives upon his entrance in the first act, and for a special surprise at the end. —IS

“Designing and Creating a Landmark Clock: A Virtual Tour of the New Art Deco Clock in Moynihan Train Hall” with Peter Pennoyer Architects, via the Institute of Classical Architecture and Art (February 23): Those who have read our own James Panero’s anatomization of the newly opened Moynihan Train Hall at Penn Station will know that, despite a long gestational period and a massive budget (or perhaps because of them), the new hall is not a universal success. What government project ever is? But among the highlights in the hall is an attractively jagged Jazz Age–style clock, designed by Peter Pennoyer Architects to recall the Benrus clocks of the cruelly departed original Pennsylvania Station. On Tuesday, Peter Pennoyer, Steven Worthington, and Colin Richardson—the group from Peter Pennoyer Architects who led the design process—will give an in-depth talk on the genesis of the clock, which will surely become the icon of the new train hall. The lecture is open to ICAA “PLINTH” members only, but will soon become available to the general public. —BR