“Jill Nathanson: Light Phrase,” at Berry Campbell Gallery, New York (through February 6): Anyone who has ever mixed colorful paints will notice that the results are not brighter colors but duller murkiness. That’s color theory 101. In her alchemical experiments with pigments and polymers, Jill Nathanson looks for ways to prove color theory wrong. Through abstractions created of translucent layers of acrylic, polymers, and oil, which she pours onto panels, Nathanson brings out the light of her color-filled combinations. In “Light Phrase,” her latest exhibition at Berry Campbell Gallery, in Chelsea, Nathanson looks to enlarge and refine her fluid forms. The artist Christina Kee provides an essay for the online catalogue that further explains Nathanson’s unusual process. —JP

“Stanley Rosen: Shaping Space,” at Steven Harvey Fine Art Projects, New York (through February 13): The inward-facing ceramics of Stanley Rosen are a recent revelation to the New York art world: the ninety-four-year-old artist had his first solo gallery show of sculptures and drawings only in 2017, at Steven Harvey Fine Art Projects, where he is again exhibiting through February 13. If these tenuous, hand-made, untitled, fired-clay constructions can seem hermetic, it’s useful to know that Rosen taught at Bennington College for over thirty years, overlapping in that school’s art department with such canonical modernist painters and sculptors as Tony Smith, Jules Olitski, Anthony Caro, and Paul Feeley. Really, however, Rosen’s small forms, sometimes built up with hundreds of tiny pinched coils, are idiosyncratic, constituting a language all his own, but one that’s spoken softly, without pride in its own eccentricity. At times, they’re even clunky and mute—but in this silence there’s an openness, to listening and feeling, that seems somehow essential. —AS 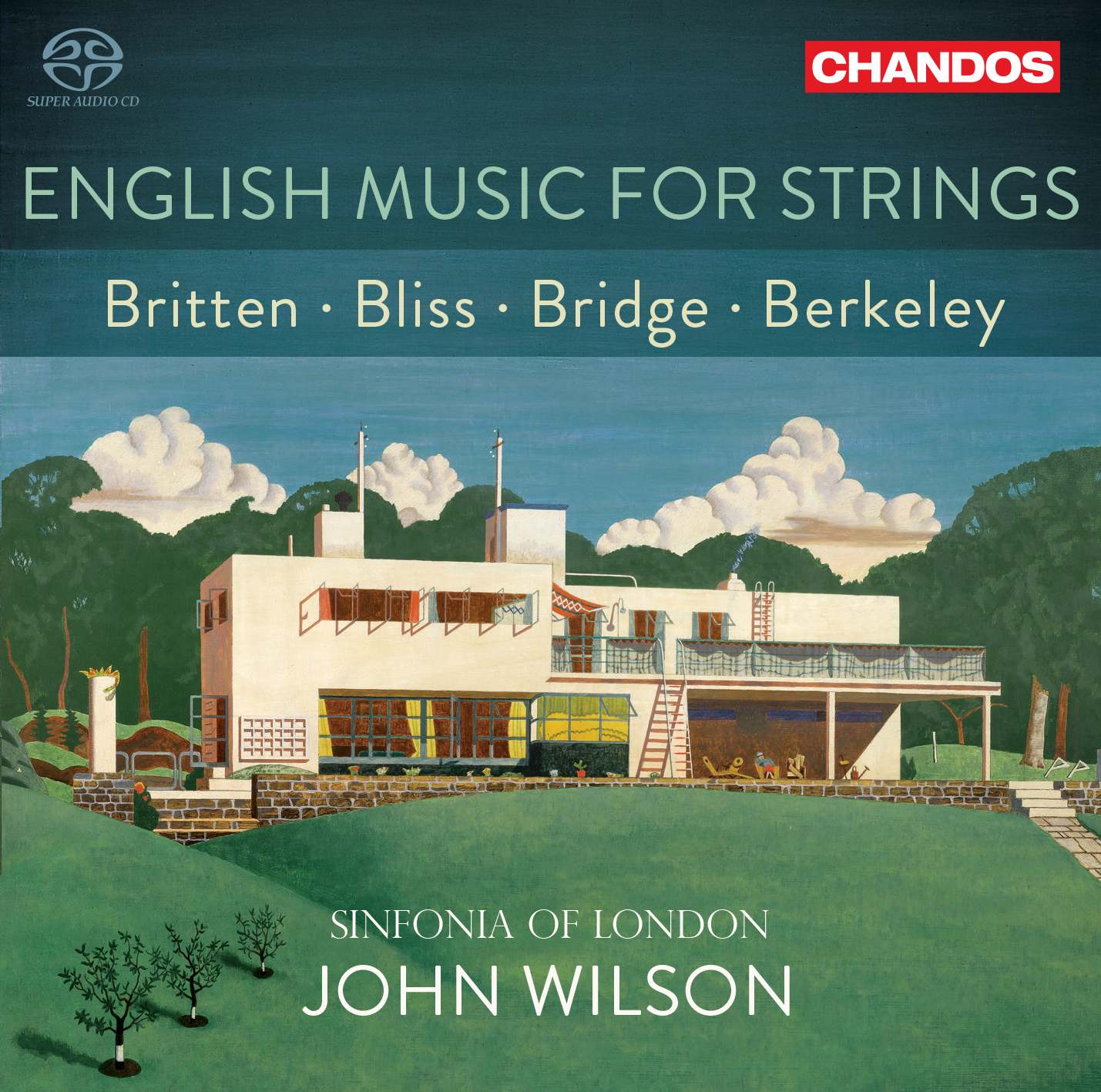 English String Music, featuring the Sinfonia of London conducted by John Wilson (Chandos): The lineage of “English String Music” albums stretches back to the dawn of the LP era—if you look through a good classical collection, you’re likely to find one of many fine releases under this title conducted by Sir John Barbirolli, Sir Neville Marriner, and even Benjamin Britten. Barbirolli’s 1963 release with the Sinfonia of London, with pieces by Elgar and Vaughan Williams, set the bar highest of all, and was a stalwart bestseller for EMI down the years (listen to the Vaughan Williams Tallis Fantasia here). In 2018, the conductor John Wilson reformed the Sinfonia after many years of dormancy. In its fourth contemporary release, the Sinfonia has come full circle with a new album under the “English String Music” title, featuring music by Bliss, Britten, Berkeley, and Bridge. —IS 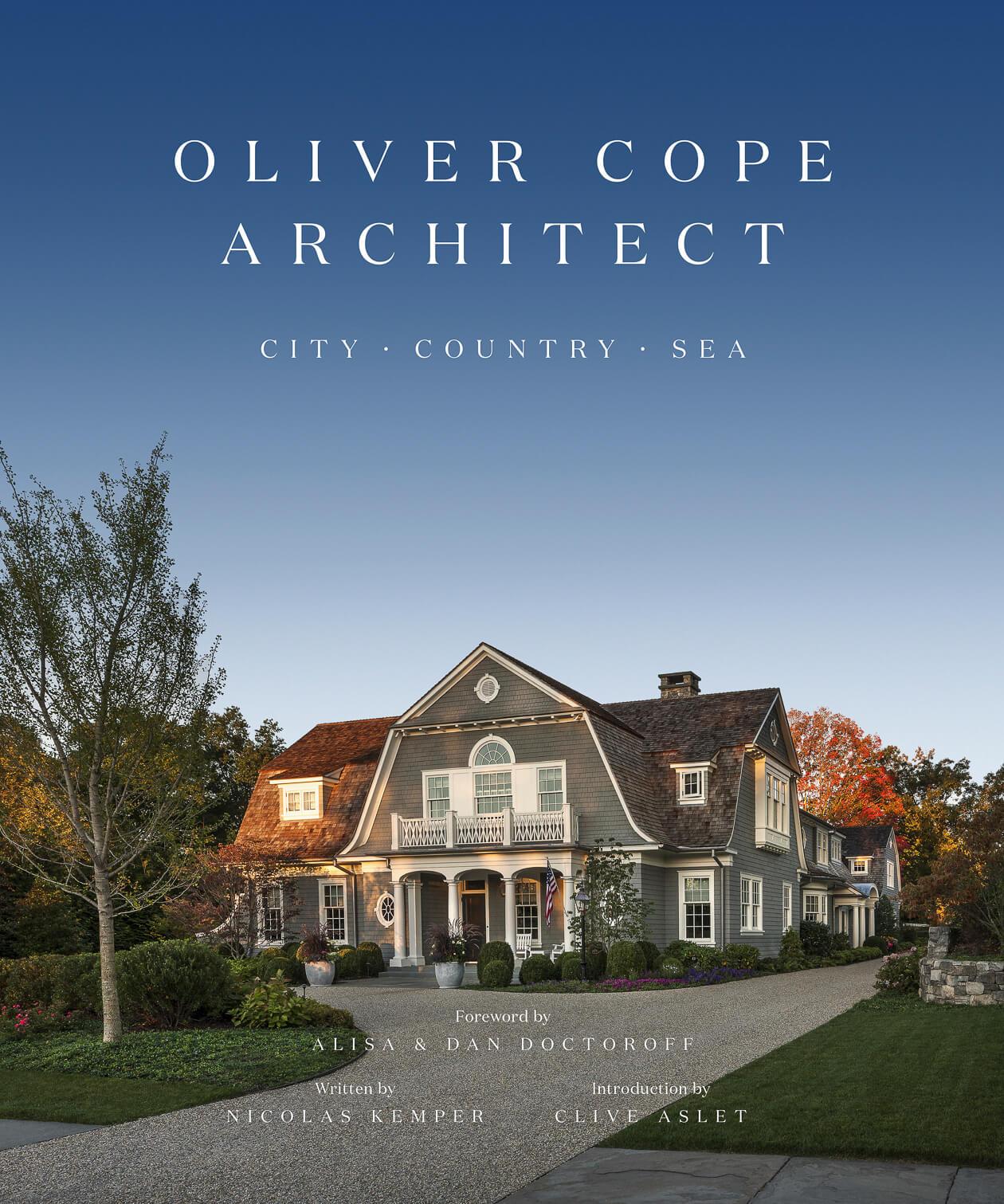 Oliver Cope Architect: City, Country, Sea, by Nicolas Kemper and The Academy: Celebrating the work of John Simpson at the Walsh Family Hall, University of Notre Dame, Indiana, by Clive Aslet (both Triglyph Books): The proclamation of universal rules is a mug’s game, but I might hazard that all great architecture, regardless of style, has one thing in common, namely that it is humane. Naturally Corbu and his machines for living are out. And much of architecture in the twentieth century, continuing to today, has been a repudiation of the human. A good deal of contemporary architecture might even be called misanthropic—which is why it’s so cheering to see a celebration of architecture that recognizes that the reason buildings exist is for those who spend time inside of them. Two new publications from Triglyph Books, the architectural publisher recently founded by Clive Aslet and Dylan Thomas, shed light on contemporary practitioners whose feel for the human is sure. Oliver Cope Architect presents the work of the New York–based firm, which ranges from grand stone country houses on the North Shore of Long Island to brownstones in town, all done with keen historical feeling (the book’s inclusion of floor plans is an especial delight). The Academy brings us to South Bend, Indiana, where the British architect John Simpson’s Walsh Family Hall, a new home for the renowned school of architecture at Notre Dame, stands as a beacon of thoughtful institutional design—stylish with its twin Ionic columns but not precious, and eminently suited to its setting. Both books, out today, are treasures of architectural publishing. —BR

“The immortal forty-eight (or ninety-six),” by Jay Nordlinger. On Bach’s Well-Tempered Clavier, again.