“A New Look at Old Masters,” at the Metropolitan Museum of Art (through Spring 2022): The Metropolitan Museum’s “Old Master” collection of European paintings from 1250–1800, which remained closed due to the ongoing renovation of its skylights system even after the general reopening of the museum in late August, has finally opened, in part, this past weekend. While the museum continues to work on the skylights of the southern half of its Old Master galleries, it has shifted most of its best paintings to the northern half, which gives us a taste of the new skylight system as well as the long-awaited chance to reconnect with old friends. Hung according to thematic rather than strictly chronological parameters (the latter being traditional for the Met in this space), the presentation is a tad jarring at first, but the mere chance to see afresh these glorious artworks will override any initial confusions. The installation will remain in place until spring 2022, when the museum plans to conclude its renovation work and reopen the galleries in full. —AS 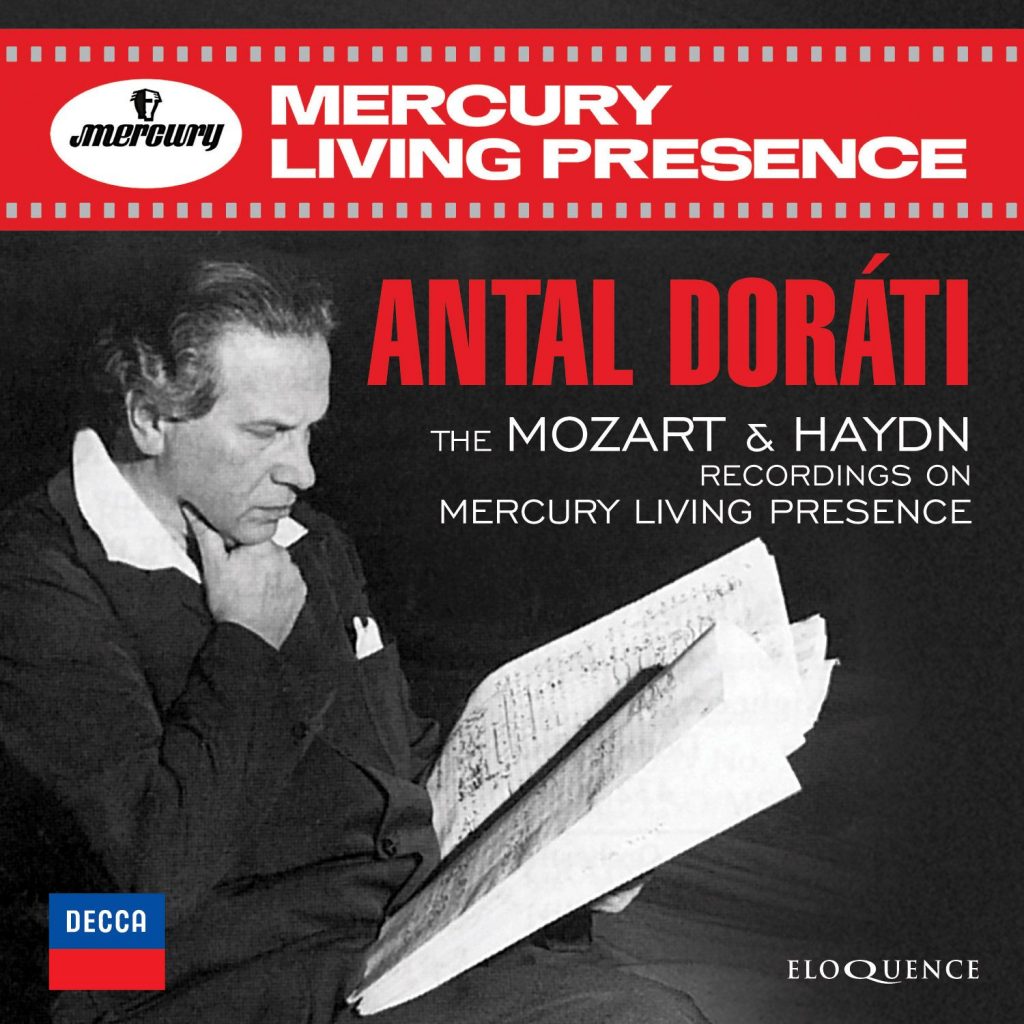 The Mozart & Haydn Recordings on Mercury Living Presence, by Antal Doráti (Eloquence/Decca Records): Like many classical music enthusiasts, I keep a list of favorite conductors, of standbys I can always turn to for any occasion. Antal Doráti has a special place on that list, as he does, I’m sure, for countless others. His Mercury stereo recordings of the 1950s and ’60s shimmer and pop with energy, and his Haydn symphonies—only the second complete cycle of them ever recorded—never fail to delight. Doráti, a native Hungarian turned American citizen, lived an interesting life as well. Several of the recordings on this superb box set come from his tenure with the Philharmonia Hungarica, an orchestra of refugee musicians from the suppressed Hungarian Revolution of 1956 that Doráti helped organize in Austria. —IS

“The 2020 Stanford White Awards Reception with Samuel G. White,” presented by the Institute of Classical Architecture & Art: Though this year’s edition of the ICAA’s annual Stanford White Awards was moved online, like much else in this annus horribilis, we can be grateful that the organization made a good show of it nonetheless. The awards, which recognize “Excellence in Classical and New Traditional Design” in the tri-state area, publicize those who keep alive the flame of historically conscious architecture and design. In the absence of a glittering party, the ICAA presented a video lecture by Samuel G. White, the author of a new book on Stanford White’s fluency in interior design (and his great-grandson). As Michael J. Lewis put it in his review of the book in The New Criterion of December 2020, Samuel G. White’s book is “that rare literary object: a nearly wordless book that manages to say a great deal.” The Stanford White Awards lecture also says a great deal in a mere thirty minutes, and is well worth the time for anyone interested in Stanford White’s splendidly eclectic approach to design. —BR

“Subway Maps: The Good, the Bad, and the Better?,” with John Tauranac (December 15, 2020): “New York, New York, it’s a wonderful town,” a few sailors famously observed, where “the people ride in a hole in the ground.” For the millions of straphangers who navigate the city’s intricate subway system each day, it takes a little more than just knowing “The Bronx is up and the Battery’s down.” Since 1979, the subway map that has kept us on track is the one pioneered by the architectural historian and urban cartographer John Tauranac. This Tuesday, at 6 p.m., through an online presentation organized by the General Society of Mechanics and Tradesmen, Tauranac will give an illustrated talk on the history of subway maps and present his own revised design called “Subway Maps: The Good, the Bad, and the Better.” —JP

“Calamities of art,” by Roger Kimball (November 1995). On the self-destruction wrought by the Dadaist tendencies of contemporary art.