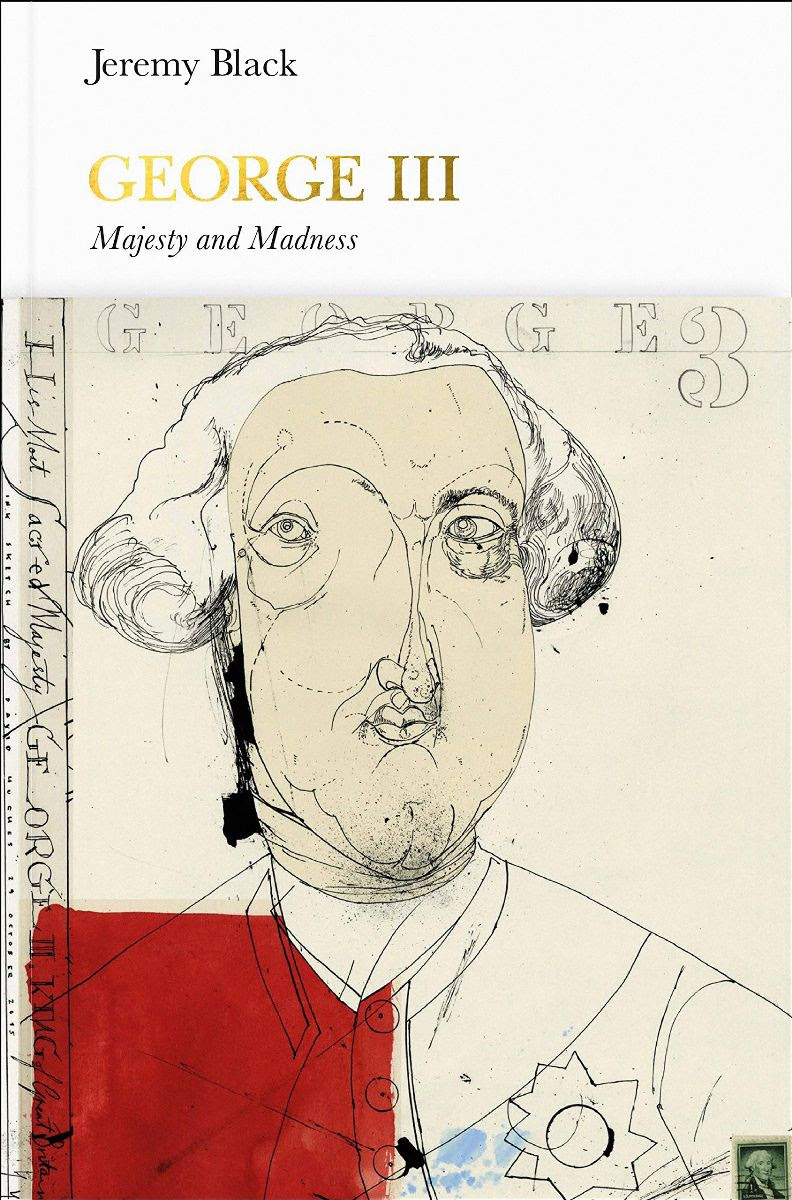 George III: Majesty and Madness, by Jeremy Black (Penguin Monarchs): Though known primarily in America for his alleged insanity, George III was more than just a batty tyrant. Jeremy Black’s new short biography of the longest-reigning king of England, produced as part of the attractive Penguin Monarchs series, is a breezy and stylish look at the last king of America. Keep an eye out for a full review of the book by Fr. George William Rutler in a forthcoming issue of The New Criterion.  —BR

“Sam Gilliam: Existed Existing” at Pace Gallery, New York (November 6–December 19): Since the 1960s, Sam Gilliam has explored the space between painting and sculpture. Emerging out of the Washington Color School of soaked canvases and abstract surfaces, Gilliam plumbed new depths with beveled stretchers, Rorschach-like patterns, and suspended, catenary installations. Opening this Thursday at Pace, the eighty-six year old artist born in Tupelo, Mississippi will present a wide body of new work in his first exhibition with the gallery. Whether through sculptures reminiscent of the pyramids of Egypt, monochromatic paintings on Japanese washi paper, or new beveled paintings such as The Mississippi “Shake Rag,” Gilliam uses his shaped art to invoke music, myth, and memory. —JP

“Frank Auerbach: Selected Works, 1978–2016” at Luhring Augustine Chelsea (through February 20, 2021): Frank Auerbach once mused that “a good painting always seems a bit of a miracle.” After taking a long look at the selection of Auerbach’s work now on at Luhring Augustine in Chelsea, I hope you can forgive me for channeling Al Michaels in an art review: “Do you believe in miracles? YES!” In what the gallery bills as the largest exhibition of Auerbach’s work in New York since 2006, we find stunning portraits and landscapes from the British painter (born in Germany in 1931) spanning nearly four decades. There’s something essential and strange about seeing so many of these seemingly chance-ridden paintings—with their wild and thick impastos that duck, dip, and dive into palpably sculptural reliefs—in a single room. Sure, not every last painting comes off, but the overall effect is something like repeated strikes of lightning. On November 15 and 16, the gallery will be hosting an online screening of Frank, a 2016 documentary made by the artist’s son, Jake Auerbach. —AS

“Proust Day live from Wigmore Hall,” featuring Steven Isserlis and friends: Marcel Proust wrote to the composer Reynaldo Hahn, his friend and sometime lover, that “I believe that the essence of music is to awaken in us this mysterious background . . . of our soul, which begins where the finite and all the arts which have finitude as their object end, where science also stops, and which can therefore be called religious.” Those who’ve read In Search of Lost Time might recall the character of the composer Vinteuil, whose violin sonata triggers one of the novel’s ekphrastic journeys into memory, similar to the narrator’s more famous encounter with a madeleine. Curious readers will be intrigued by this recent offering from London’s Wigmore Hall, which seeks to recreate the musical atmosphere of Proust’s world through a mixed program of readings and musical selections, some of which feature in his writing. The cellist Steven Isserlis has arranged the program (available to stream for free here), with narration by the renowned Shakespearean Simon Callow. A box of madeleines and a cup of tea are recommended. —IS

“The second-worst poet in English,” by Anthony Daniels (June 2018). On Cumberland Clark, the bard of Bournemouth.