This week: On the Frick, Herbert von Karajan, paintings by Mario Naves & more.

“Continue the Conversation,” at the Frick Collection: One of the rare high-spirited occasions of this past spring and summer season was “Cocktails with a Curator,” a video miniseries presented by the Frick Collection every Friday evening in which its curators paired a signature work from its collection with a signature refreshment—one of our “Critic’s Picks” this past April. Now viewers have a chance to “continue the conversation” through interactive online seminars that are free with registration. This Wednesday, at 5 p.m. Eastern Time, the museum invites its online viewers to return to “Veronese, ‘The Choice Between Virtue and Vice,’” in a presentation that picks up from Chief Curator Xavier F. Salomon’s July 31 program. Negroni Sbagliato not included. —JP

“Mario Naves: Losing the Cow” at Elizabeth Harris Gallery (through October 24): I’ll confess: when I first read the title of this show I thought of Bart Simpson—“Don’t have a cow, man!” But it turns out to have nothing to do with the yellow cartoon imp. As Mario Naves explains in his short catalogue essay, the inspiration was twofold. First, a quotation, circa 1870, from the Mormon pioneer Ebenezer Bryce, his only recorded comment on the vast canyon in Utah that now bears his name: “A hell of a place to lose a cow.” Second, the Dutch suprematist painter Theo van Doesburg, who in the early twentieth century made pioneering abstractions based on pencil sketches of a cow. Naves’s hard-edged paintings are clearly indebted to suprematists like van Doesburg, but just how the relatively small works might relate to the grand scale of the American West is harder to guess. Carving out his rectangles (and now circles) with straight edges and Baroque curves, tight corners and gradual slopes, Naves enacts an almost trompe l’oeil collaging of space that constantly upsets simple understanding. Just when you think you’ve got a handle on these complex arrangements of intensely chromatic yet finely attuned color, some unexpected form juts into view and sends you back into the wilderness. —AS 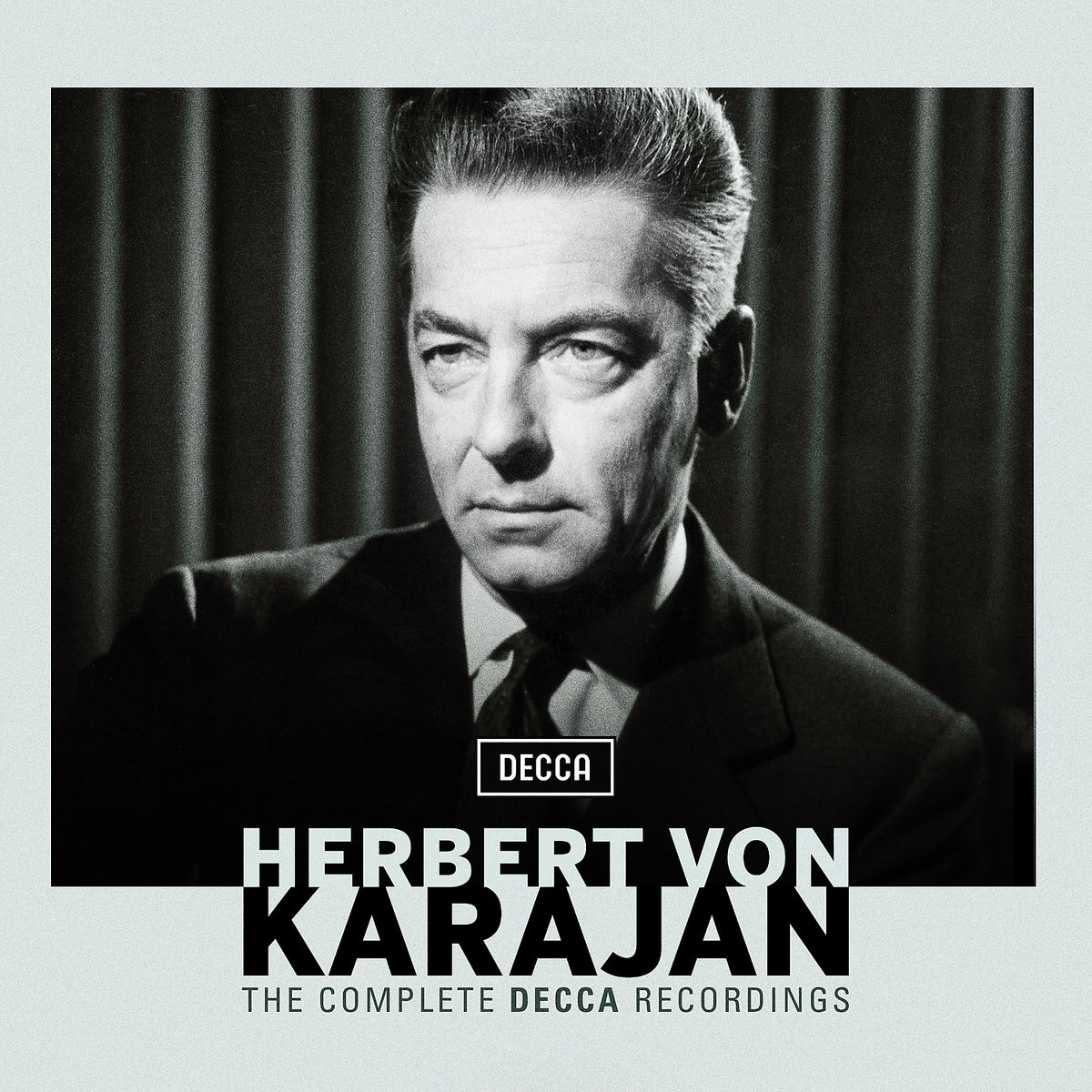 The Complete Decca Recordings, by Herbert von Karajan (Decca Records): Herbert von Karajan’s recorded output represents one of classical music’s greatest brands: “more than 200 million albums sold,” the liner notes to this box set proudly proclaim. The image his name inevitably conjures up is of an album cover with the gray-haired conductor at the podium, surmounted by Deutsche Grammaphon’s unmistakable yellow insignia and black lettering. Although von Karajan found his greatest success with DG later on in his career, many will have forgotten that he cut his teeth in the LP era with Decca Records. Audiophiles should rejoice: in the late Fifties and early Sixties, Decca had an outstanding team of engineers with access to the best equipment and the sparkling acoustics of Vienna’s Sofiensaal studio. Film buffs will appreciate the fact that von Karajan’s very first recording for Decca (included here), Strauss’s Also sprach Zarathustra, graced the opening of Stanley Kubrick’s 2001: A Space Odyssey—albeit anonymously, at the request of embarrassed label executives. —IS 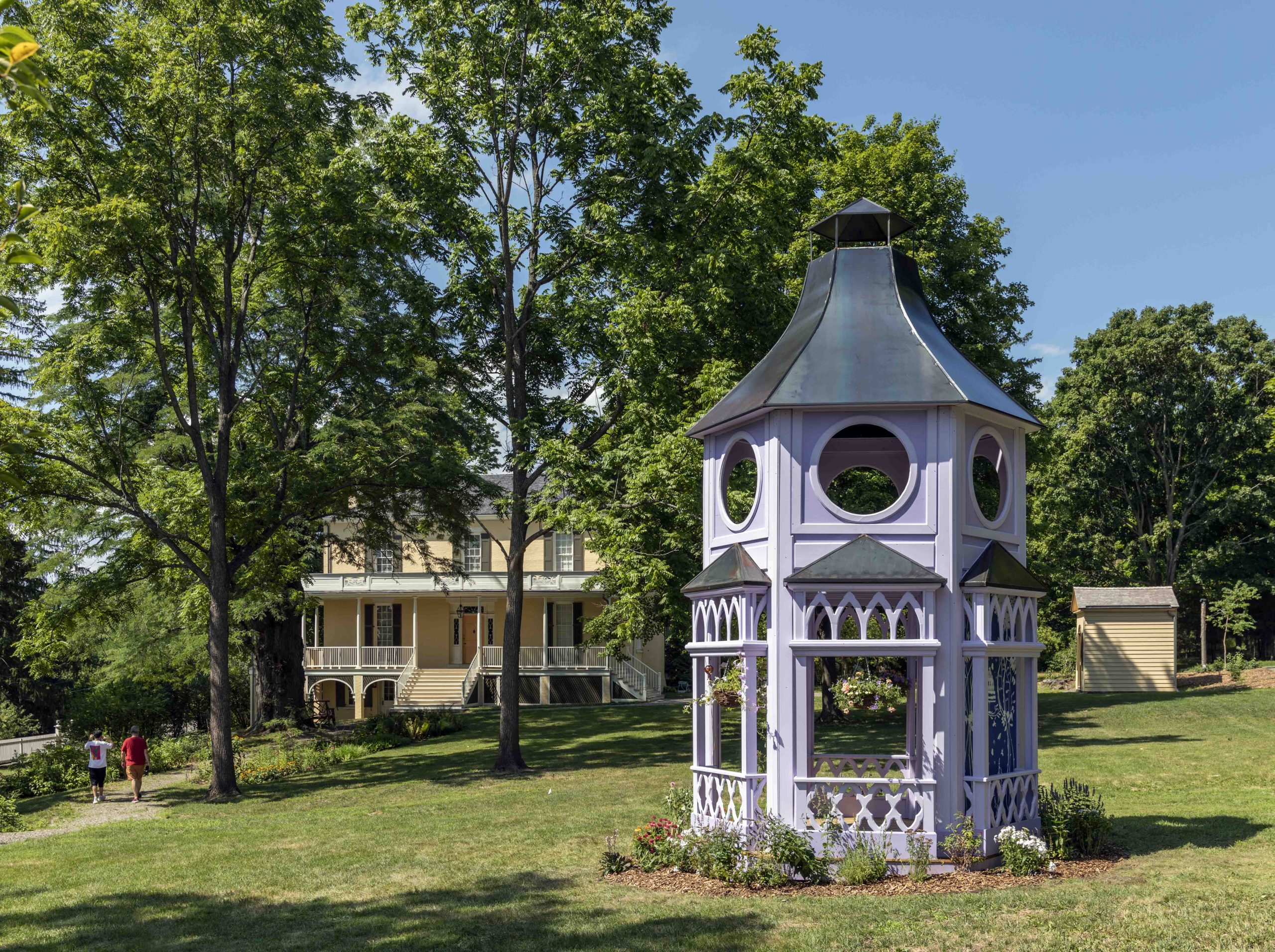 The Pollinator Pavilion, at the Thomas Cole National Historic Site: Though the Thomas Cole National Historic Site’s interior remains closed to visitors, those passing through the Hudson Valley this autumn might want to stop by anyway to enjoy the open grounds. There they’ll find a new site-specific artwork, The Pollinator Pavilion, by Mark Dion and Dana Sherwood, a lilac gazebo with gothic touches filled with plants and paintings, all arranged to entice pollinators, those unsung heroes of the natural world. Inspired by the nineteenth-century artist Martin Johnson Heade’s Gems of Brazil, a series of paintings that will be on show at the Cole house in early 2021, The Pollinator Pavilion gives a glimpse of the wonders that exhibition is sure to include. —BR

“Marvelous Muriel,” by David Pryce-Jones (September 2018). On the life and legacy of the fiery Scottish novelist.

“Music for a While #33: ‘Great are companions such as these’”
Jay Nordlinger, The New Criterion’s music critic, talks music—but, more important, plays music.

“Rear window,” by James Panero. Another look at the art of Varujan Boghosian.