This week: On Roger Scruton, American photographs from the 1930s–40s, Shakespeare & more. 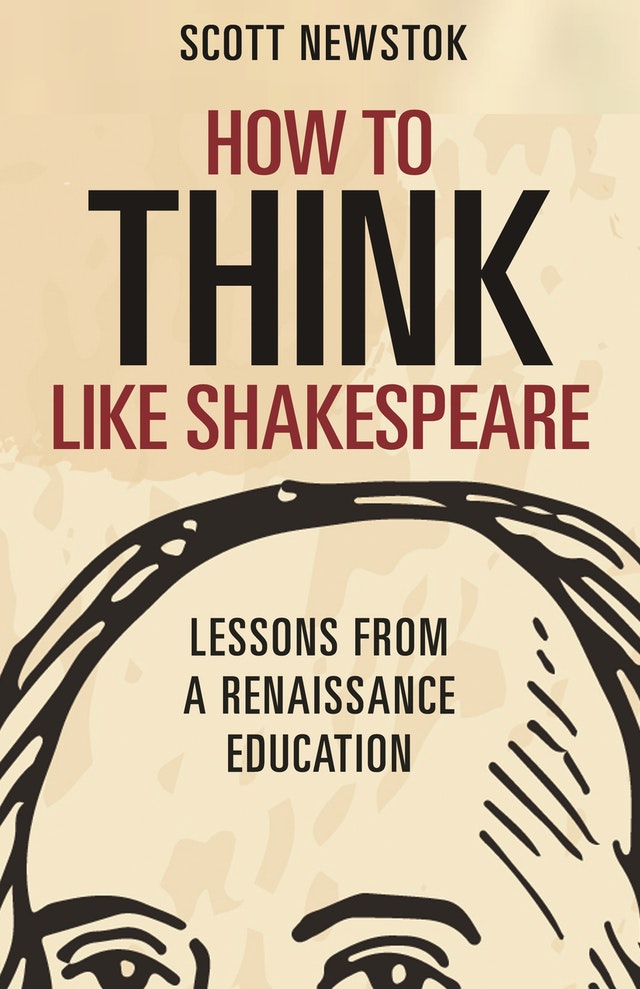 How to Think like Shakespeare: Lessons from a Renaissance Education, by Scott Newstok (Princeton University Press): Scott Newstok’s new book is as much an analysis of the Bard’s style of thinking as it is a cause for the re-evaluation of contemporary ideas about education and the life of a mind. As Newstok notes in his amusing first chapter, in Shakespeare’s oeuvre, words related to “think” outnumber those related to “feel” by a margin of nearly ten to one. Shakespeare’s repeatedly ingenious dramatization of thought into action thus gives us an avenue out of the “I feel, therefore I am” solipsism so common today in academia and beyond. But the example of Shakespeare’s training and art also demolishes many of the absurd binaries held by contemporary pedagogues: that “work precludes play; imitation impedes creativity; tradition stifles autonomy; constraint limits innovation; discipline somehow contradicts freedom; engagement with what is past and foreign occludes what is present and native.” —AS

Farm Security Administration, Office of War Information Photographs: Between 1935 and 1944, FDR’s New Deal government sponsored a little-heralded photographic project for the purposes of documentation and war propaganda. The program was the brainchild of the economist Roy Stryker, who commissioned a stellar group of photographers—including Walker Evans, Dorothea Lange, Russell Lee, and Gordon Parks—to document the lives of Americans during the Great Depression and World War II. Today you can browse the collection of almost 200,000 photographs, presented in high resolution on the Library of Congress’s website. Contained within are candid glimpses into the lives of farmers, laborers, dust bowl migrants, soldiers, and heroes of the home front. For those understandably daunted by the size of the collection, the Library has selected highlights (color and black-and-white), as well as produced a short documentary on the project. —IS

“New Light on the Orders,” with George Saumarez Smith: In 1764, James “Athenian” Stuart was constructing 15 St James’s Square in London, an elegant house to be fronted in Ionic columns. Such a task might seem elementary for the man who had surveyed the antiquities of Athens himself. There was only one problem: the tradesmen. “I shall not know how to quit London till I see a Capital completed . . . my inspection and instruction is continually necessary till one of them is finished, they must not murder my Capitals, the greatest grace and ornament of the building,” he wrote to Thomas Anson, his patron. Clearly, columns were on his mind. And they will be on yours if you watch “New Light on the Orders,” a video lecture presented by the classical architect George Saumarez Smith under the aegis of the Institute for Classical Architecture & Art. Sponsored by the Richard H. Driehaus Charitable Lead Trust, which does so much to promote classical architecture, the video takes viewers into the history and meaning of columns, without which classical architecture would fall down. —BR

The life and legacy of Sir Roger Scruton: The loss of our friend Roger Scruton, in January, has been felt by all. Through the upheavals of these subsequent months, the absence of his voice has been particularly acute. For this defender of “vanquished things,” a new organization has now been founded to defend and promote Sir Roger’s memory and philosophy. The Roger Scruton Legacy Foundation is dedicated to supporting the “conservation, care, and continuation of humane wisdom and culture from the Western tradition.” This Wednesday, the organization will host an online launch event featuring a conversation between Roger Kimball and Douglas Murray, both members of its advisory board.  —JP

“Milton, Mill & the limits of free speech,” by Justin Zaremby (September 2018). On the complexities and responsibilities of free expression.