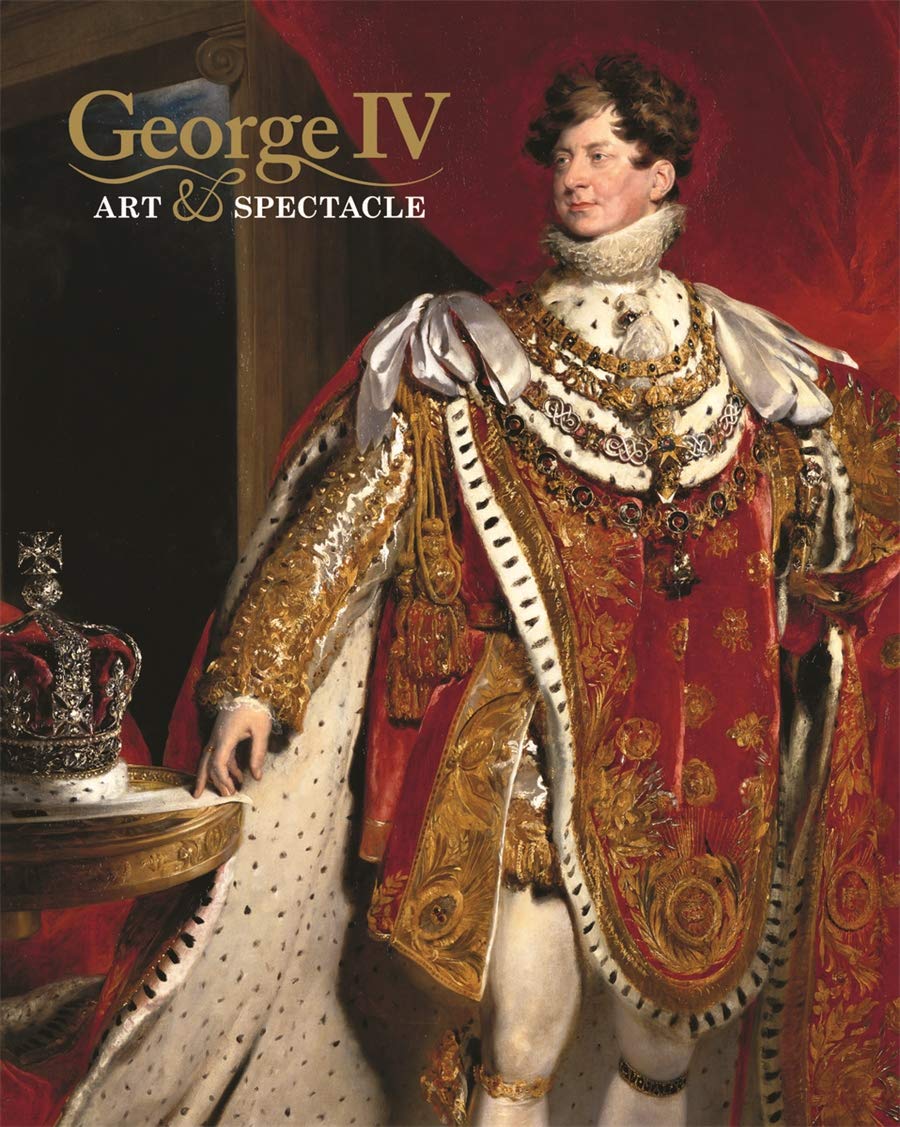 George IV: Art & Spectacle, edited by Kate Heard and Kathryn Jones (Royal Collection Trust): George IV was profligate, incurring by 1786, while still a young Prince of Wales, over £269,000 in debts. As Kate Heard and Kathryn Jones write in their introductory essay to George IV: Art & Spectacle, a striking catalogue produced to accompany an exhibition now open at the Queen’s Gallery in London, “The chief cause of George’s debts . . . was his lack of restraint in all areas of his life, from drinking and gambling, to the keeping of a lavish stable, to the construction (and endless reconstruction) of his series of residences, to his penchant for fine tailoring, to the expensive works of art he coveted.” For that last bit of excess we can be most thankful. George collected artists from Elisabeth Vigée-Lebrun to Jan Steen, David Teniers, and Rembrandt. And he patronized painters who were to become the greats of British art: Reynolds, Gainsborough, Romney, and Stubbs, to name a few. This brilliant catalogue is a testament to George IV’s enduring taste. —BR

Esteban Vicente at Miles McEnery Gallery (through August 28): Esteban Vicente is best known as the lone Spaniard among the Abstract Expressionists, but he generally declined to call himself an Ab-Exer—or, for that matter, any other label that fastened his work to a delimiting group or idea. As he told the art historian Barbara Rose in 1998, a few years before he died, “To me, movements work against the nature of creativity. In creativity, the real element, the fundamental element, is intuition, not theory.” Now at Miles McEnery Gallery in Chelsea, a selection of intuitive paintings from the artist’s final decade are on view through August 28. Vicente’s breezy fields of radiant citruses are a tribute to these waning weeks of August. —AS

Remembering Julian Bream, 1933–2020: If Andrés Segovia was the player who preserved the art of the classical guitar in the first half of the twentieth century, it was Julian Bream who ensured the instrument’s continued relevancy and adaptability to the changes of classical music up to the modern day. Bream, who died last week at the age of eighty-seven, was a self-taught prodigy, picking up the guitar and lute by ear, and was a tireless ambassador for both instruments. Watch his interactions with William Walton, who composed a set of bagatelles on guitar for Bream, and Igor Stravisnky, whom Bream lobbied (unsuccessfully, alas) to compose a piece for lute. Any of Bream’s fine albums for RCA Victor is an excellent place to start, as well as this documentary of his visit to Spain in the 1980s.  —IS

“Degas at the Opéra” at the National Gallery of Art, Washington (through October 12): Revered as a painter of ballet dancers, Edgar Degas is somewhat less remembered for his works depicting the opera. Now reopened at the National Gallery of Art after months of lockdown, “Degas at the Opéra” draws attention to this aspect of the Impressionist painter’s career, exploring his lifelong relationship with the Paris Opéra: its music, performers, and opera house. —AC

“James Panero on ‘a classical illness’”. A new podcast from the Executive Editor of The New Criterion.

“Mules down Malaya,” by Timothy Jacobson. On VJ Day through the eyes of George Macdonald Fraser.