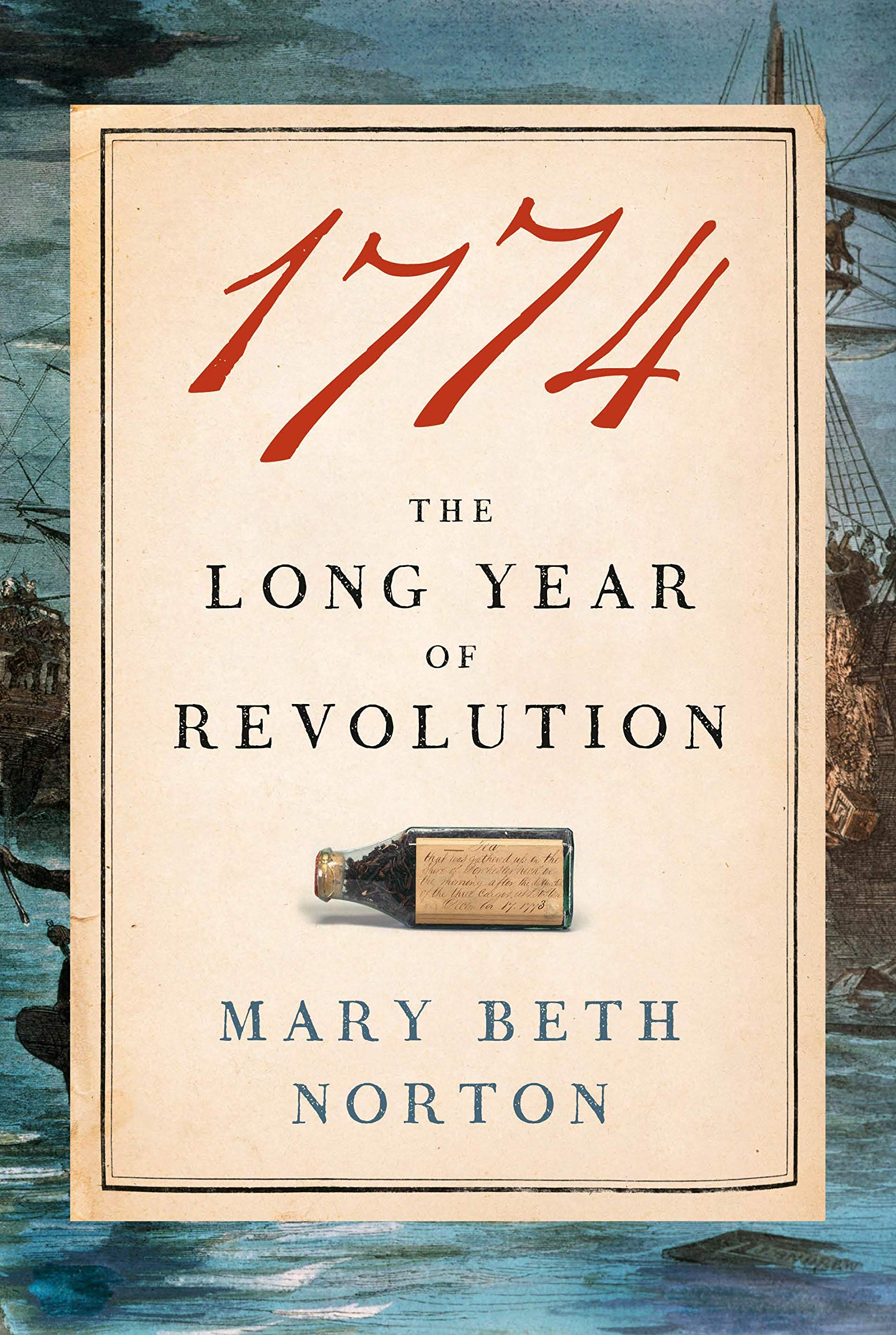 1774: The Long Year of Revolution, by Mary Beth Norton (Knopf): One of the sillier notions floating around the Internet these last few months was a justification of the recent rioting and looting taking place in cities across America by the historical precedent of the Boston Tea Party. Since no one seems to have questioned the righteousness of the Sons of Liberty dumping chests of tea into the Boston Harbor in 1773, why can’t the brick-laden “revolutionaries” of 2020 stroll down to SoHo to collect their luxury handbags and Gucci loafers, free of charge? Well, leaving aside the fact that the original Tea Party was actually a rather orderly affair sans violence or confrontation, it’s also a historical misconception that the event was endorsed by all colonists of a rebellious bent. Distinguished leaders such as Benjamin Franklin and George Washington, for instance, thought the demonstration ill-considered, as Mary Beth Norton notes in the introduction to her newest book, 1774: The Long Year of Revolution. Norton’s “Long Year” comprises those crucial months between the December 1773 Tea Party and the battles of Lexington and Concord in April 1775, and her lucid history pays special attention to the dissenting conservatives and Loyalists who presented a more formidable opposition to the prevailing political discourse than is typically acknowledged. —AS

Exhibition Tour—Victorian Radicals: From the Pre-Raphaelites to the Arts and Crafts Movement: In a March 4 review for Dispatch, Stephen Schmalhofer noted his joy at seeing the brilliant colors of Victorian works of art after walking through the Yale Center for British Art, Louis Kahn’s austere exemplar of architectural high modernism. Though presently closed to visitors, the exhibition is now available online, in the form of a “virtual tour” narrated by one of its curators, Tim Barringer. Featuring a wide variety of objects from the Birmingham Museums in England, the show challenges the stiff-lipped image often associated with the Victorians by presenting members of the Pre-Raphaelite Brotherhood and the Arts & Crafts movement as avant-garde “radicals.” Barringer’s exhibit, despite the online form, is a rich consideration of art in Victorian Britain. —AC

“Martha Argerich & Renaud Capuçon in der Laeiszhalle”: Over the past few decades of her distinguished career, the pianist Martha Argerich has avoided the spotlight, eschewing solo recitals and sticking to a small but well-chosen repertoire of concertos and ensemble music. In a concert filmed at Hamburg’s historic Laeiszhalle, she joins the violinist Renaud Capuçon in a treatment of sonatas by Beethoven, Chopin, and Franck. The Chopin Piano Sonata No. 3 in B minor is a particular highlight. Argerich gives a very rare solo performance of this sonata, one of her former signature pieces, which she last played over twenty-five years ago.  —IS

“Things in their natural surroundings”?: Marketing the British Country House as Home, with Kate Retford: Among the highlights of my time living in London were the free public lectures hosted by the Paul Mellon Centre for Studies in British Art, held at the organization’s townhouse on Bedford Square. With those on hold due to the virus, the Centre has adapted, creating a new podcast series entitled “British Art Talks.” In a recent episode, Kate Retford, whose The Conversation Piece  brought a forgotten genre of painting back to the fore, addresses the marketing of English country houses for public consumption.  —BR