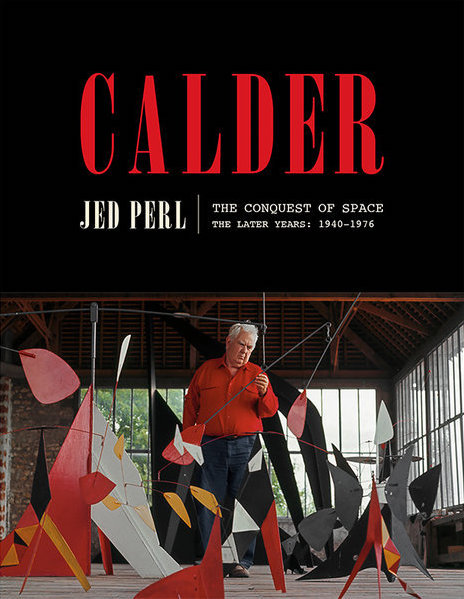 Calder: The Conquest of Space: The Later Years: 1940–1976, by Jed Perl (Knopf): Back in December 2017, Karen Wilkin reviewed in our pages the first installation of Jed Perl’s two-volume biography of Alexander Calder, the creator of those well-known hanging “mobile” sculptures that took much from the surrealist ideations of his friend Joan Miró and from the chaste minimalism of Piet Mondrian. Now, the second half of Perl’s gargantuan effort (the two volumes combine for a prolix 1,400 pages) has been published by Knopf, taking us from 1940, with Calder on the cusp of breaking out as a household name, to his death in 1976. Super-fans will learn everything they’ve ever wanted to know, and probably more, about this influential artist. —AS

Segovia at Los Olivos, with Andrés Segovia: In 1967, British documentary filmmaker Christopher Nupen brought his contemplative and intimate style to bear on the seventy-four year-old Andrés Segovia, the twentieth century’s greatest ambassador for the classical guitar, filming him during a long summer’s rest at his house on Spain’s Costa del Sol. The result is like a daydream: Segovia’s ethereal playing and thoughtful reflections on his career and the art of the guitar float over wide shots of the Andalusian countryside and the towns in which he grew up. The heart of the documentary is Segovia’s visit to the Alhambra palace in Granada, featuring beautiful closeups of Moorish architecture set to the music of Segovia’s guitar.  —IS

“The Life and Legacy of Sir Edwin Lutyens”: It’s hard to date when seriousness became a prerequisite to the production of architecture. Perhaps it was after that blackguard Corbusier’s declaration that the house is a “machine for living.” But that line appeared in English in  1927, three years before the completion of Edwin Lutyens’s Castle Drogo, a characteristically brilliant and playful riff on the castle type in the far reaches of Devon; seriousness had not fully completed its coup. For more on Lutyens’s life and architecture, Lutyens Trust America has produced an illustrated talk with Lutyens Trust staff and Jane Ridley, who in 2002 wrote an award-winning biography of her great-grandfather.  —BR

“The Staying Inside Guide: Views Into Art History”
By Andrew L. Shea, The Wall Street Journal.

“The genius of Wodehouse” by Roger Kimball (October 2000). On the life and works of the master humorist.