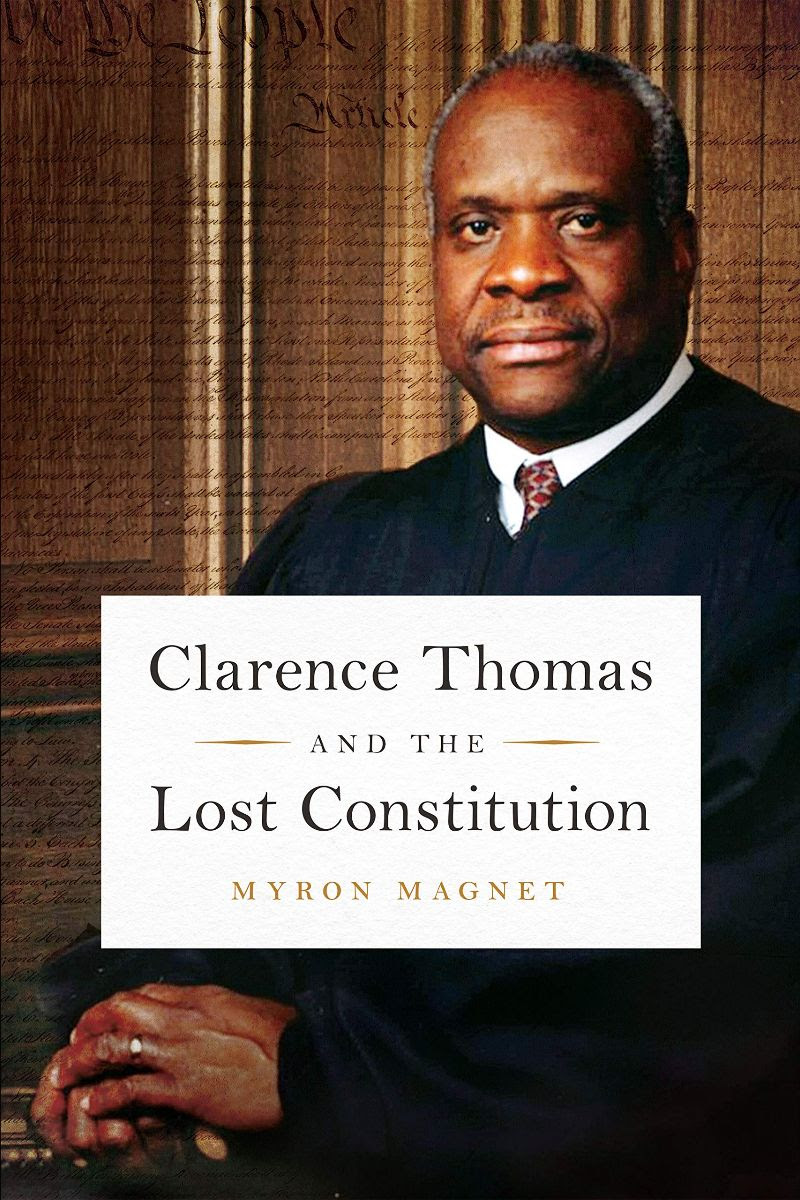 Clarence Thomas and the Lost Constitution, by Myron Magnet (Encounter): Today (Monday) is the last day to stream “Created Equal: Clarence Thomas in His Own Words” on PBS. The fact that this moving and profound documentary, by Michael Pack, appears on PBS proves that even a broken clock is right twice a day. This story of the justice’s rise from abject poverty to the highest court in the land reveals how Thomas has overcome a lifetime of injustices, from segregated Savannah to Joe Biden’s and Ted Kennedy’s senate judiciary committee. The documentary also provides a new occasion to consider Clarence Thomas and the Lost Constitution, Myron Magnet’s recent book, which makes the case that Thomas, “the Founders’ grandson,” is our era’s most consequential jurist. In a new interview over at Encounter Books, Ben Weingarten talks to Magnet about Thomas’s judicial legacy. —JP

Valley Curtain (1974) and Running Fence (1976): Christo Bladimirov Javacheff, the Bulgarian artist better known simply as “Christo,” who, with his wife and collaborator, Jean-Claude, became famous in the 1970s for massive fabric interventions into both natural landscapes and built environments, died yesterday at the age of eighty-four. New Yorkers might remember the duo for their 2005 project, The Gates, for which 7,503 saffron-colored fabric gates were installed along the paths of a wintry Central Park for fifteen days. Pictures of this and other works, with their pristine, billowing materials, can seem innocuous, but they often belie the controversy and local political debate the projects occasioned and the manpower required by the sheer scale of their construction and placement. (About those gates in the Park—not everyone was a fan, to say the least.) A number of documentary films, which capture both the final results and these thorny elements of process, are available online, such as 1974’s Valley Curtain, on Vimeo, and 1976’s Running Fence, on the Criterion Channel. —AS

“Cantata of the Week,” with the Monteverdi Choir: Bach enthusiasts among us will recall the British conductor Sir John Eliot Gardiner’s “Bach Cantata Pilgrimage” on the 250th anniversary of the composer’s death in 2000. Gardiner took his world-class Monteverdi Choir on an ambitious tour of over sixty historic places of worship throughout Europe and America, from great cathedrals to humble chapels and parish churches. Along the course of the tour, Gardiner & co. managed to perform and record almost the entire extant catalog of Bach’s cantatas. Perhaps more impressive, Gardiner organized the individual stops of the pilgrimage so that each cantata was performed on the feast day for which it was originally composed. The cumulative result was an exactingly executed and impassioned cantata cycle that serious connoisseurs of classical music would be remiss to leave out of their libraries. Nevertheless, even with as able a guide as Gardiner, tackling Bach’s 200-odd cantatas can seem a daunting prospect for the casual listener. One approach is to embark on this venture week by week, with the works arranged temporally and spiritually exactly as Bach intended. In the face of current closures, the Monteverdi Choir is now inviting listeners to do just that by recreating the 2000 pilgrimage virtually. The Choir is posting several cantatas every week, each piece again corresponding to its respective feast day. The performances, best viewed on Youtube via the Choir’s website, feature enlightening introductions from members of Gardiner’s ensemble, together with written summaries, discussing the history of the pieces and the spaces in which they were recorded. June 1’s cantata is Ich liebe den Höchsten von ganzem Gemüte, for Whit Monday. —IS