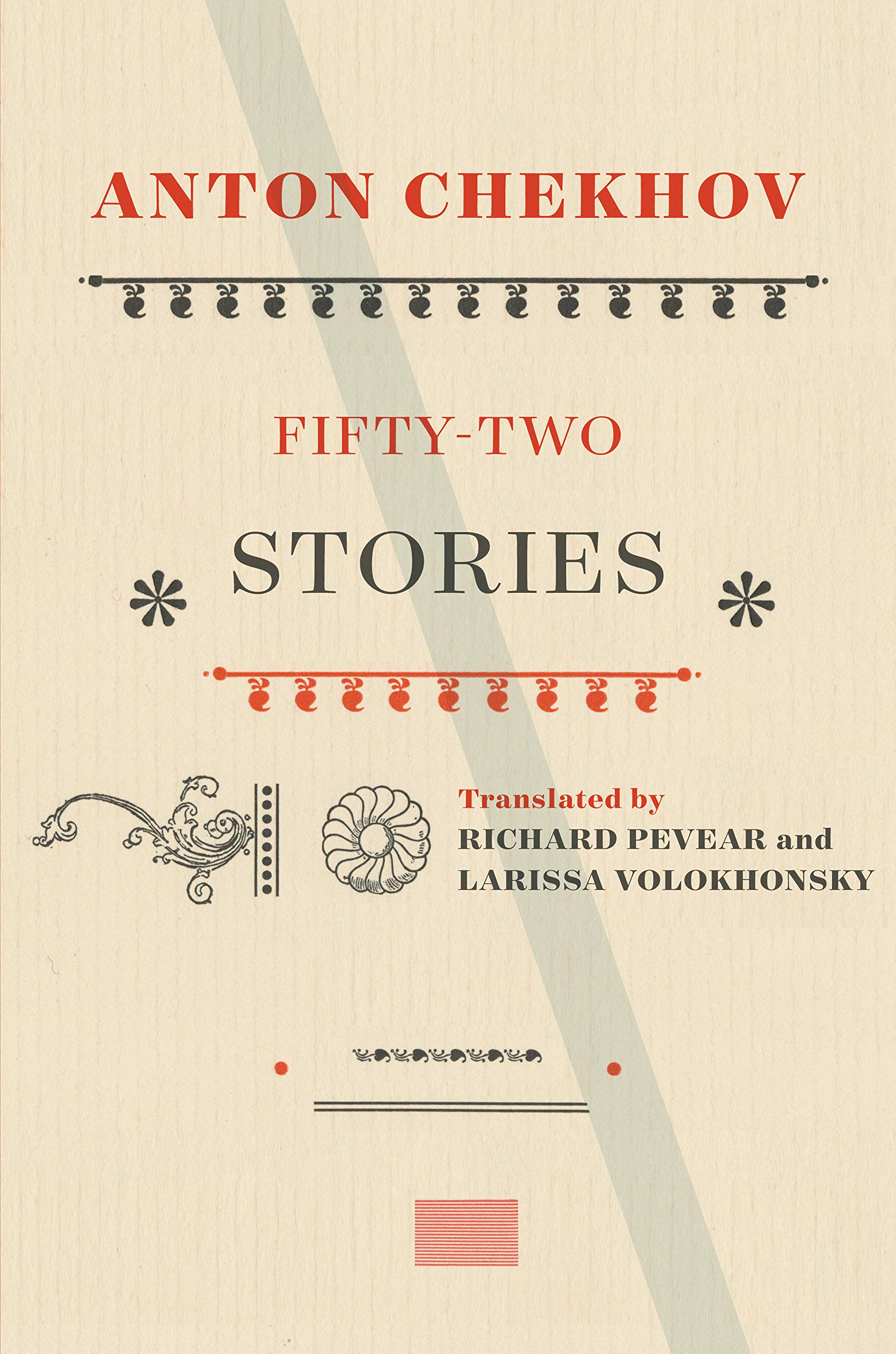 Fifty-Two Stories by Anton Chekhov, translated by Richard Pevear and Larissa Volokhonsky (Knopf): One silver lining in this interminable lockdown, which has us looking, a bit like Macbeth, towards a monotonous “to-morrow, and to-morrow, and to-morrow,” could be that those long, heavy tomes on our bookshelves, daunting in busier times, have never seemed quite so digestible. Exploring the Dublin of James Joyce’s Ulysses is suddenly a welcoming prospect, perhaps especially for those of us who’d normally spend our free hours in the sorts of dark and dingy public houses described within. Tolstoy’s War and Peace has suffered backorders on Amazon of toilet-paper proportions, and more people than ever have picked up doorstops like Moby-Dick and Middlemarch to finally use them as originally intended. Nevertheless, those hungry for fiction on a more bite-sized scale would be well served by the newly published Fifty-two Stories by Anton Chekhov, translated by Richard Pevear and Larissa Volokhonsky. Chekhov is of course one of the great masters of the short story, and this new volume includes a number of works never before translated into English. For more on the literate Russian doctor, one may also refer to Gary Saul Morson’s piece in our November 2012 issue. —AS

“Raphael’s Frescoes,” with Marco Leona, Antonio Sgamellotti, and Virginia Lapenta, provided by the Italian Cultural Institute: In our June 2020 issue, the Renaissance historian James Hankins laments the injustice done to Raphael by current measures of restriction and confinement across the globe. This year is, after all, the five-hundredth anniversary of his death, and numerous exhibitions devoted to his life and work have been shuttered indefinitely. Turn to Hankins’s essay for more on Raphael’s architecture, already an underappreciated portion of his oeuvre. But further exploration of his painting would not be unwarranted, either. In a webinar airing Wednesday afternoon at 3 p.m., Marco Leona, the Head of Scientific Research at the Metropolitan Museum of Art, will be joined by Antonio Sgamellotti, an Accademia dei Lincei Fellow, and Virginia Lapenta, the Chief Curator at the Villa Farnesina, to discuss the materials and technique with which Raphael went about creating his frescoes. Special attention will be given to the artist’s work on the domed ceiling of the Loggia of Cupid and Psyche at the Villa Farnesina. —RE

“Very Young People’s Concerts at Home,” with Rebecca Young and the New York Philharmonic: Last year in this space I wrote about the wonders of the New York Philharmonic’s Very Young People’s Concerts. These popular programs introduce children aged three to six to classical music by, to borrow a sonorous cliché, finding the fun in the fundamentals. Featuring a rotating schedule of musicians from the NY Phil, the concerts focus on such topics as dynamics and tempo through enjoyable musical selections, smart visual cues, and the dynamism of its host, Rebecca Young, who is the Phil’s associate principal viola. Now for lockdown season, Young and her players, and the animated musical penguin named Philippe, are broadcasting online with a new home version of the series. The first two episodes, on “musical conversations” and “allegro and adagio,” are already up. —JP

The Burlington Magazine archives: One of the great joys of the Metropolitan Museum of Art’s Watson Library is the seemingly endless trove of periodicals available there. Not only does the library have Country Life and the major auction houses’ catalogues, but it also has The New Criterion, in a show of eminent good sense. Among the best journals to be found there is The Burlington Magazine, originally titled The Burlington Magazine for Connoisseurs and founded in 1903. The magazine’s mix of the scholarly and the commercial, reporting on both new developments in art historical research and the art market, makes it always worth a browse. Alas, the Watson Library is closed, just as the museum is, but fortuitously many of The Burlington Magazine’s early volumes are online via the Hathi Trust. Head there for Roger Fry on the French primitives, Andrew Lang on Mary Stuart, and much more. —BR

James Panero on “the woman who saw the future.” A new podcast from the Executive Editor of The New Criterion.

“Herman Melville,” by Walker Percy (November 1983). On society and loneliness in American literature.

“Poulenc’s voice,” by John Check. A review of Poulenc: A Biography by Roger Nichols.