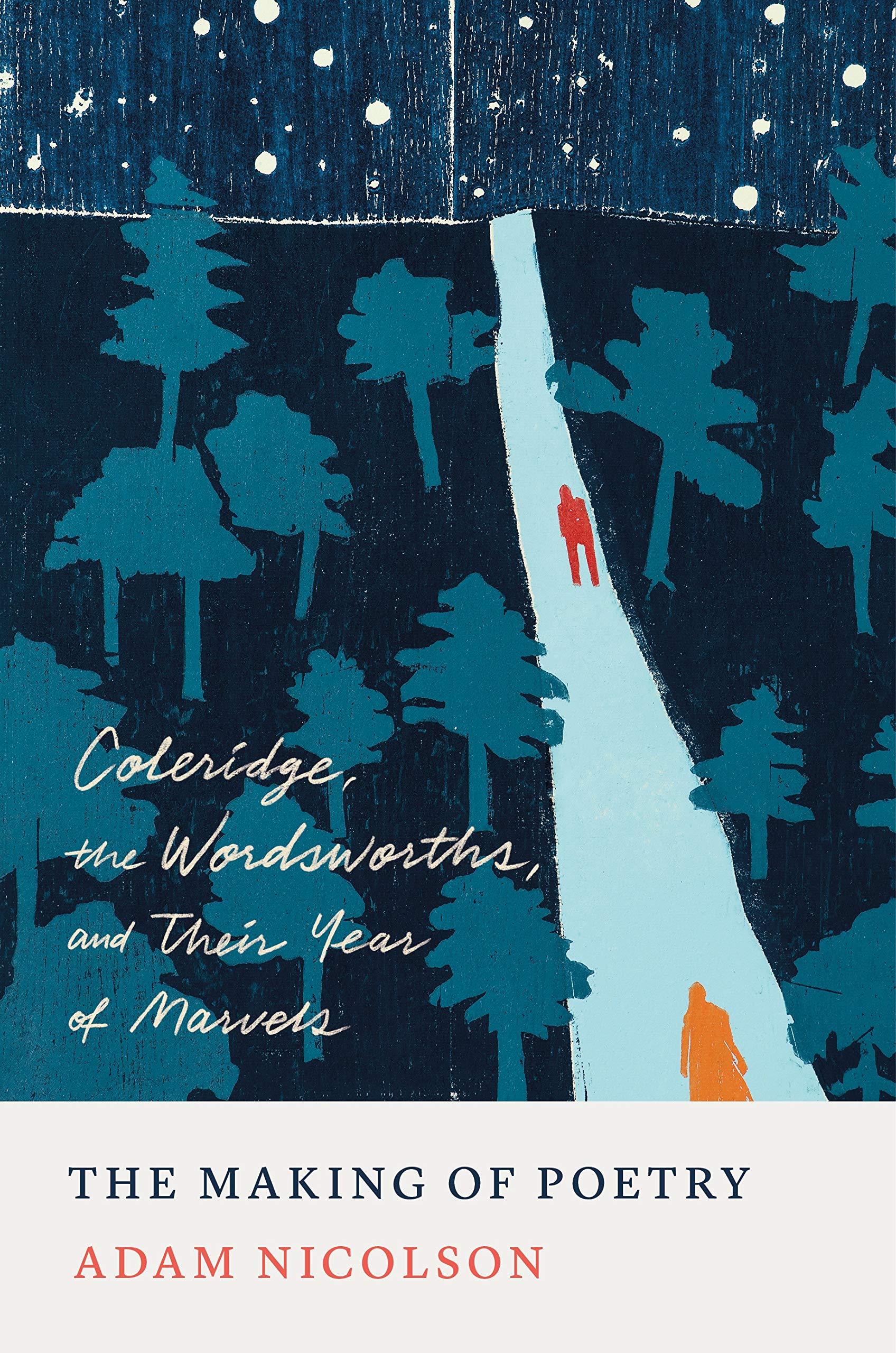 The Making of Poetry: Coleridge, the Wordsworths, and Their Year of Marvels, by Adam Nicolson, illustrated by Tom Hammick (Farrar, Straus and Giroux): “I wish to keep my Reader in the company of flesh and blood, persuaded that by so doing I shall interest him.” So wrote William Wordsworth in the Preface to the second edition of his and Samuel Taylor Coleridge’s groundbreaking Lyrical Ballads, announcing his desire to write poetry that eschews abstract philosophizing in favor of subjects and speech familiar to the “common man.” In his new history of the most famous and fertile fifteen months in English poetry—those spent by Coleridge and Wordsworth in the Quantock Hills, Somerset, between June 1797 and September 1798—the writer Adam Nicolson aspires to tread a similar path. Nicolson’s analysis of the works produced during this annus mirabilis, which include Coleridge’s Rime of the Ancient Mariner and “Kubla Khan” as well as Wordsworth’s “Lines Written a Few Miles above Tintern Abbey” and his Prelude, centers on the very human and natural contexts in which they were made. The book is thus as much a study of the poems themselves as a grounded contemplation of the mysterious act of authorial creation. Colorful woodcut prints by the British artist Tom Hammick, reproduced throughout Nicolson’s text, give the volume an added shot of aesthetic potency. —AS

“Beowulf: The Epic in Performance,” with Benjamin Bagby, voice and Anglo-Saxon harp, at Buttenweiser Hall, 92 Street Y (January 23): It is no secret that Virgil self-consciously styled his epic Aeneid after Homer’s Odyssey and Iliad. Seldom noted, however, by the modern reader is the vast expanse of history that separates the two, and the attendant changes in poetic form. We may not know much about the blind bard—indeed, skeptics even deny he existed in any individual sense—but his works were sung from memory and doubtless honed and revised over the course of hundreds, if not thousands, of performances. Virgil, by comparison, according to legend wrote at a snail’s pace of about three lines a day and, even after ten years of scribbling out his masterpiece, still left here and there the odd unfinished line or phrase. A remarkable thing it is, then, that the two authors’ works, so differently composed, are so densely knotted up in one and the same enduring tradition, indeed to the point that to deny Homer to Virgil would be like denying wetness to water. It is in such a light that we ought to understand the resilience of our English tradition, and so it is that our own roots have furnished us with an illuminating analogue: the great Anglo-Saxon poem Beowulf, an epic about as chronologically and stylistically removed from us as Homer was from Virgil, if not more. The masterpiece offers a startling window into the past: its English is Old, and its relevance anything but. To hear and, in hearing, see for yourself just how far those literary currents have swept in the intervening centuries, join Benjamin Bagby at the 92 Street Y this Thursday evening for a live performance of the timeless classic as it was originally recited: in song, accompanied by a traditional Anglo-Saxon harp. —RE

“Gabriele Evertz: Exaltation,” at Minus Space, Brooklyn (through February 29): Gabriele Evertz, a scholar of color, uses contrasting and conflicting stripes of super-saturated pigments to dazzle the eye and accelerate the pulse. Her large works now at Brooklyn’s Minus Space may just be paint on canvas, but their effect in person is dizzying and disorienting as the eye looks up and down for solid ground. Colors melt into stripes of gray as surfaces seem to ripple in and out. For this current exhibition, Evertz relies on a combination of formula and improvisation to arrive at her final compositions. I especially enjoyed the lighter ones, where fields of white serve to cool her radiant color temperatures. Reproductions do not do these paintings justice. They need to be seen in person. —JP

“The Art of Diplomacy: Collecting Russian Art in the Age of Queen Victoria,” with Caroline de Guitaut at the Frick Collection (January 29): It is easy to forget, so very English the Victorian era seems, just how international the Queen and her relations were. Of course, there’s Victoria’s Hanoverian heritage and her Coburg husband. But the Queen also maintained a long and close relationship with the Russian court. One of her godparents was Emperor Alexander I of Russia, while her son Alfred, who later succeeded to the dukedom of Saxe-Coburg and Gotha, married the Grand Duchess Maria Alexandrovna of Russia, the daughter of Emperor Alexander II. Two Wednesdays from now, Caroline de Guitaut, a Senior Curator of Decorative Arts at the Royal Collection Trust, will speak at the Frick on the links between the British and Russian royal families in the nineteenth century, and on the ways in which Victoria acquired Russian art. Seating is first-come, first-served, but a livestream will also be available for those unable to make it over to the museum. —BR

“Victor Davis Hanson on the meaning of citizenship.”The 2019–20 Visiting Critic at The New Criterion discusses the notion of citizenship as understood in the twenty-first century.

“Pat Passlof’s touch of the brush,” by Andrew L. Shea. On “Pat Passlof: The Brush is the Finger of the Brain—Paintings 1949–2011” at the Milton Resnick and Pat Passlof Foundation.