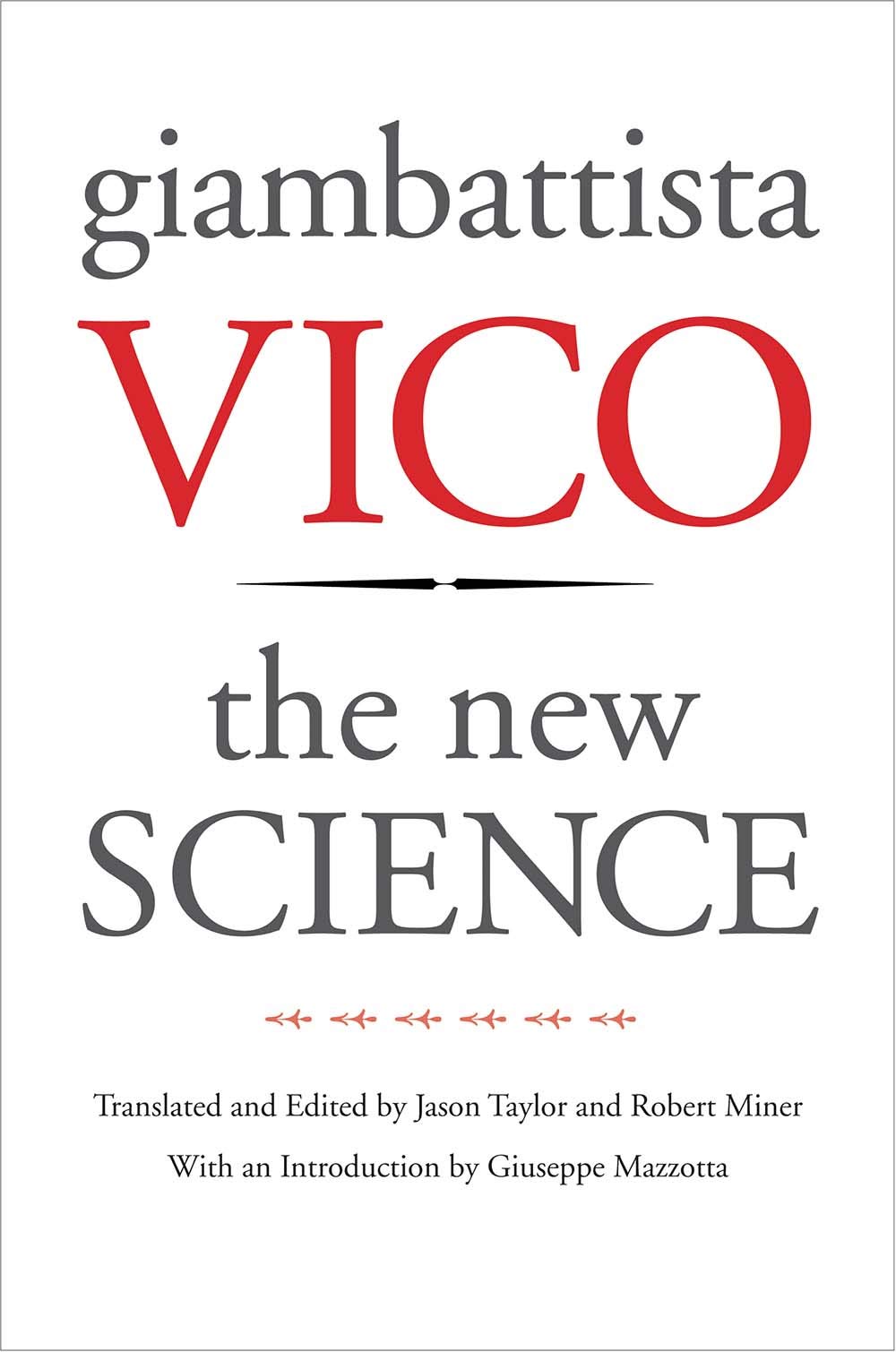 The New Science, by Giambattista Vico, translated and edited by Jason Taylor and Robert Miner, with an introduction by Giuseppe Mazzotta (Yale University Press): This sort of academic post is long extinct, but imagine, if you will, what it meant to be a “professor of rhetoric” as Giambattista Vico was some three hundred years ago at the University of Naples. What was then a hallowed position is likely nowadays to connote fustian orators dithering about some ancient Mediterranean locale, in search of audiences to charm and swindle. The task undertaken by Jason Taylor and Robert Miner, then, in their newly translated and annotated New Science is to strip away some of the dross the work has picked up over the years and to bring us as close as possible to the original man and his greatest achievement. The professor seemed, on the surface, a walking set of contradictions; perhaps these stem from a learnedness the breadth and depth of which far exceed what we are accustomed to expect from our specialized academics today. Combining history, philosophy, historiography, philology, and more with a deep love of the classical tradition, his work stands out as the product of a highly original mind, and one worth reading. —RE

“Rob de Oude: Light of Day” at McKenzie Fine Art, New York (through February 16): The Netherlands-born, Brooklyn-based artist Rob de Oude weaves together strands of paint into textile-like wonders. Working with a self-made jig, de Oude uses subtle variations in color and tone to create squared-off compositions that seem anything but linear. Now, in his first solo show at McKenzie Fine Art on New York’s Lower East Side, light appears to glow from beneath his works and illuminate his designs from within. Through an intensity of surface rigor, de Oude finds depth in his penetrating kaleidoscopic effects. —JP 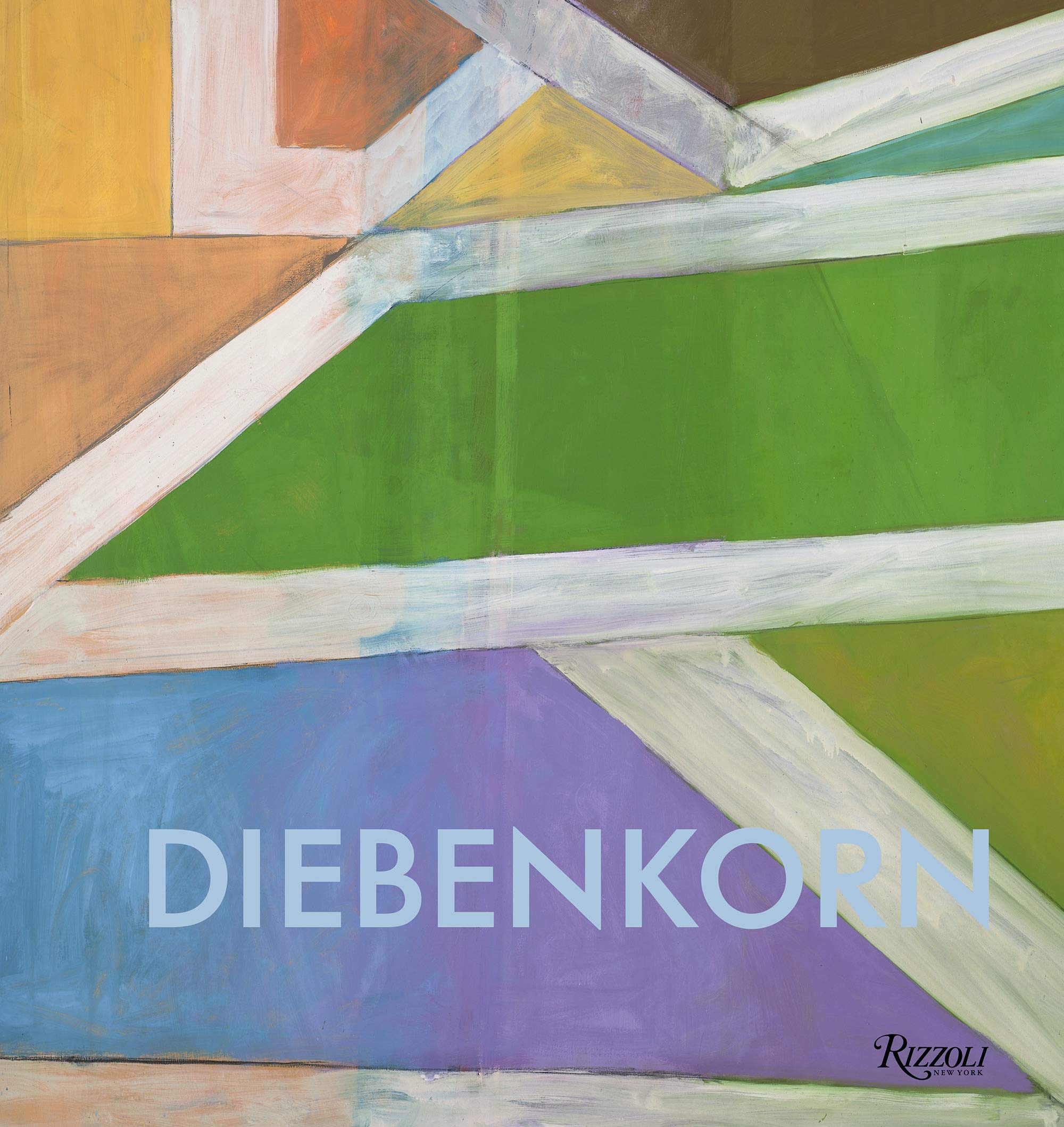 Richard Diebenkorn: A Retrospective, by Sasha Nicholas, with contributions by Steven Nash and Wayne Thiebaud (Rizzoli): One of the happy and somewhat unexpected developments in the field of art history these past five or so years has been an ascendant interest in the mid-century “Bay Area Figurative Movement,” and specifically in its two leading luminaries: David Park and Richard Diebenkorn. Readers will surely remember Karen Wilkin’s review of the major ongoing Park retrospective—which has brought that artist’s gestural and colorful paintings of bathers, musicians, still lifes, and other subjects to new audiences across the country—from our October issue. A few years back, the Baltimore Museum of Art and SFMoMA put on “Matisse/Diebenkorn,” an exceptional demonstration of Diebenkorn’s obvious debt to a founding father of Modernism as he straddled, traversed, and positively exploded the so-called “line” between figuration and abstraction. Around the same time, Yale published Diebenkorn’s catalogue raisonné, and now, we can thank Rizzoli for a more condensed but still extensive reflection on his work in book form. With a text by the art historian Shasha Nicholas, countless beautiful reproductions, and an interview with Wayne Thiebaud, the volume is a must-have for enthusiasts of this remarkable artist. —AS

“Mario Buatta: Prince of Interiors,” at Sotheby’s (exhibition opens January 16; auction on January 23 & 24): Though Sotheby’s has subtitled its upcoming auction of the collection of the late Mario Buatta “Prince of Interiors,” readers may know the decorator better as the “Prince of Chintz,” for the way he favored printed fabrics in his design. Famed for his approach to the “English country house style,” which had been pioneered by Nancy Lancaster and John Fowler, Buatta became the favored decorator of the Park Avenue set in the 1980s, fusing the style of England with the comforts of America. On January 23 and 24, Sotheby’s will auction off the personal collection of the decorator, who died in October 2018. Those hoping to get a glimpse of the nearly one thousand lots on offer should visit Sotheby’s starting this Thursday, when select items from the auction will be on display. Expect lots of dog paintings, majolica, and of course chintz. —BR

The esteemed philosopher and writer Roger Scruton died on Sunday, January 12. Below is a selection of his more recent articles for The New Criterion. The complete list of his work for the magazine, stretching back to the inaugural volume in 1982, can be found here. A full remembrance of the man and his achievements will appear in a future issue.

“Populism, VII: Representation & the people,” March 2017. On the relationship between government and the governed.

“Why I became a conservative,” February 2003. On the author’s student days in Paris.