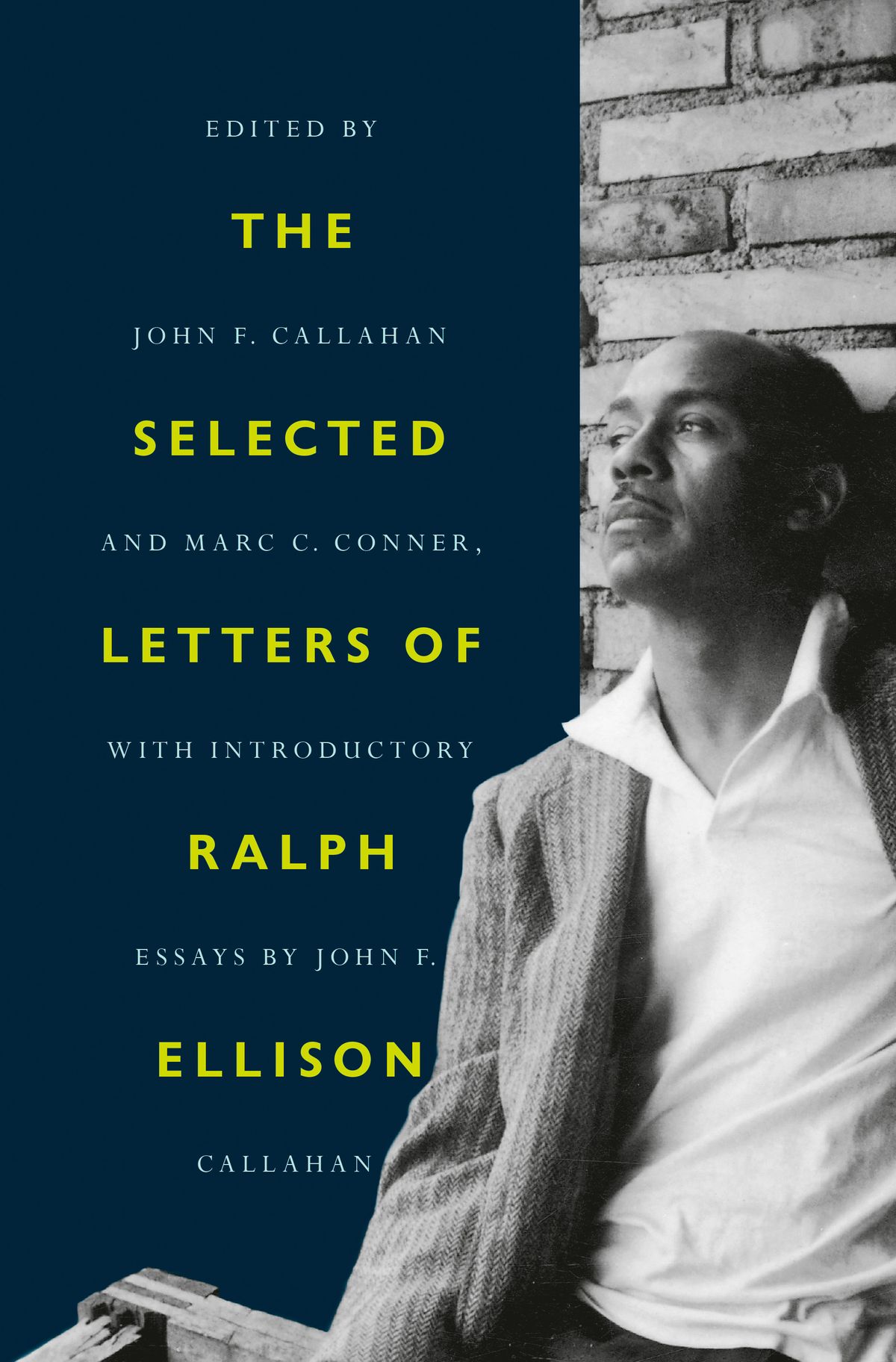 The Selected Letters of Ralph Ellison, edited by John F. Callahan and Marc C. Conner, with introductory essays by John F. Callahan (Random House): Many among those who have had the pleasure of reading Ralph Ellison’s magisterial Invisible Man (1952) have likely sought out, upon completing those famous final lines—“Who knows but that, on the lower frequencies, I speak for you?”—just what else this man who “speaks for us” has written. I remember the disappointment, then wondering amazement, I felt after learning that this uniquely American tour de force was indeed Ellison’s only published novel. But despite never completing his much-anticipated follow-up book (published only posthumously and in unfinished form as Juneteenth in 1999), Ellison was a prolific writer of literary, music, and political criticism (his essays on jazz are particularly noteworthy), and he conducted wide-ranging and often expressive and imaginative correspondences throughout his life. This latter body has now been collected by Ellison’s literary executor John F. Callahan, with Marc C. Conner, a professor of English at Washington and Lee. The selected letters span from 1933, when Ellison was a poor and parochial student at the Tuskegee Institute, Alabama, studying not literature but classical music composition, to 1993, when he was a premier elder statesman of New York literary culture. —AS

“Rembrandt: The Sign and the Light,” at the Society of the Four Arts, Palm Beach (through February 2): Those escaping the winter cold might think that a day inside, sheltered from the Vitamin D–giving rays, is a wasted one. Not so at Palm Beach’s Society of the Four Arts, which has this year mounted a sweeping exhibition focusing on Rembrandt’s printmaking. The show, which includes over sixty prints, makes the case that Rembrandt treated printmaking as an art form in its own right, not just a sideline to his more-lauded paintings. The breadth of the artist’s subjects, in addition to the acuity of his style, will astound. —BR

“Longhand,” by Eric Brown, at Theodore:Art (through January 26): The hard-edge abstractions of Eric Brown have always had a softer side. In “Longhand,” his second solo exhibition at Theodore:Art in Brooklyn, Brown’s intimate designs on paper and canvas are stitched together in lines of acrylic and oil. Through his personal touch, simple patterns belie deeper complexities. The handmade quality of these minimalist forms bears Brown’s sensitive signature, now written out in longhand. —JP

Joseph Kingma and Yi Zhong at the Yamaha Piano Salon, presented by the American Liszt Society, New York/New Jersey Chapter (January 8): Choosing New York City in January, with its bone-chilling, finger-freezing climate, as the time and place to perform the likes of Liszt and Rachmaninoff seems unnecessarily difficult. But Liszt and Rachmaninoff often seem unnecessarily difficult in their own right, so what difference does it really make? Join Joseph Kingma, Yi Zhong, and the American Liszt Society at the Yamaha Piano Salon this Wednesday for a program that includes lesser-known works by Enrique Granados and Manuel Maria Ponce alongside familiar favorites by the two powerhouses. Temperatures should heat up in a hurry once the recital starts. —RE

“Roger Kimball introduces the January issue.”The editor and publisher of The New Criterion discusses highlights in this month’s edition and reads from its opening pages.

“The Englishness of England,” by Gertrude Himmelfarb (May 1983).A review of The English world: History, Character, and People by Robert Blake.

“All night long—for an hour or so—with Rachmaninoff,” by Jay Nordlinger.Listening to the Vespers on New Year’s Eve.