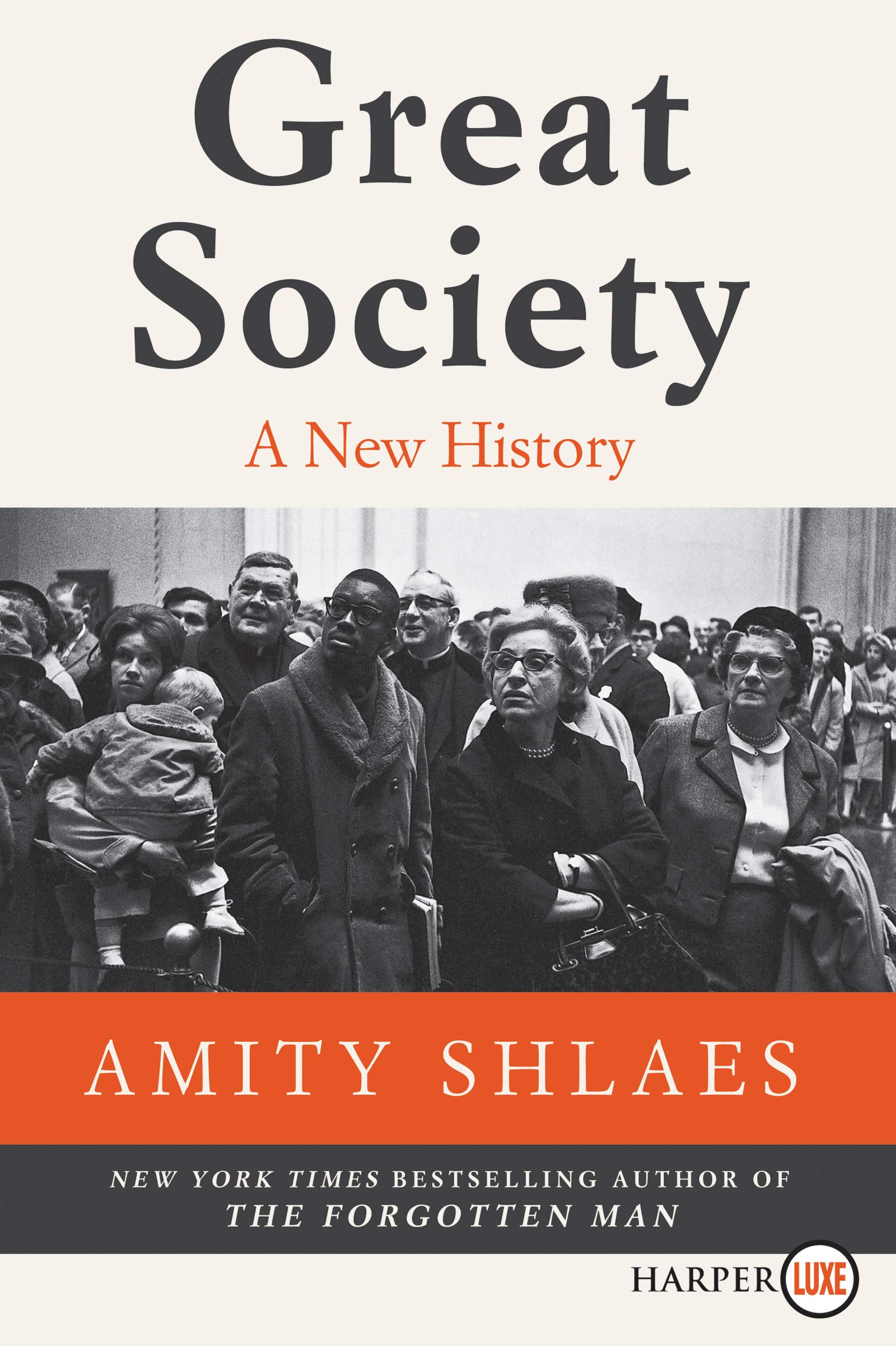 Great Society: A New History, by Amity Shlaes (Harper): With The Forgotten Man (2007), her thoroughly researched and lucid account of the Great Depression, Amity Shlaes emphatically demonstrated the naiveté of progressives who bruit the unmitigated success of FDR’s New Deal agenda, even to this day. Shlaes has now written a companion book of sorts, one taking a look at an era whose influence on the present is no less profound: the 1960s. She makes the case that the U.S. government, and the American people with it, both succeeded and failed in remarkably consistent ways over the course of the period, regardless of who was president; perhaps the most notable of these trends, she continues, were the decisions made in marked favor of the public sector over the private one. The consequences of such decisions for contemporary society, I suspect, require less elaboration. One hopes the book will not be so needed twelve years from now as its predecessor is today. Look for a forthcoming review by William Voegeli in our pages. —RE

“Manet: Three Paintings from the Norton Simon Museum,” at the Frick Collection (through January 5, 2020): Now at the Frick through the start of the new year is a very small exhibition of three paintings by the great Édouard Manet, all on loan from the Norton Simon Museum in Pasadena, California. Each of the three works—Fish and Shrimp (1864), Madame Manet (ca. 1876), and The Ragpicker (ca. 1865–71, possibly reworked 1876–77)—offers a different peek into the variety of Manet’s aesthetic aspirations and his art-historical importance. Of especial note is the luscious handling of the Fish and Shrimp still life, which shows Manet at the height of his painterly powers. —AS

An Evening with Barry Lewis: From Colonial to Federal Style, at the New-York Historical Society (November 26): It’s hard to imagine now but the city of steel and glass was once one of wood and brick. While the remnants of New York’s early architecture are few, the houses that survived illustrate the transition from Dutch colonial styles (think the gambrel roof of the circa 1785 Dyckman Farmhouse, in Inwood) to an American Federal style, characterized by chaste Georgian details (the red brick and black shutters of circa 1820 Charlton Street, in the West Village). Barry Lewis, an architectural historian, will speak this Tuesday at the New-York Historical Society on the emergence of this specifically American style. —BR

The “Moby-Dick Big Read,” presented by the Arts Institute of the University of Plymouth: As befits a book whose title character does not appear until the 133rd chapter, Moby-Dick is as much about the journey as the destination. For those who would rather not go it alone, public readings of Melville’s novel can provide a crew for the voyage. The New Bedford Whaling Museum will convene its twenty-fourth annual reading over the weekend of January 3, 2020. For the mobile version of Melville, The Arts Institute of the University of Plymouth offers the “Moby-Dick Big Read.” Curated by the artist Angela Cockayne and the writer Philip Hoare, this initiative presents readings of all 135 chapters, free to stream and download, by a cast nearly as wide-ranging as the crew of the Pequod. —JP

“James Panero on American architectural style.” From the Colonial to the McMansion, the Executive Editor of The New Criterion discusses the virtues and vices of house style in America.

“Discovering LaRochefoucauld,” by Theodore Dalrymple. On the great French master of the discomfiting aphorism.

“Saint-Saëns sans Swan,” by Jay Nordlinger. On a concert from the New York Philharmonic.