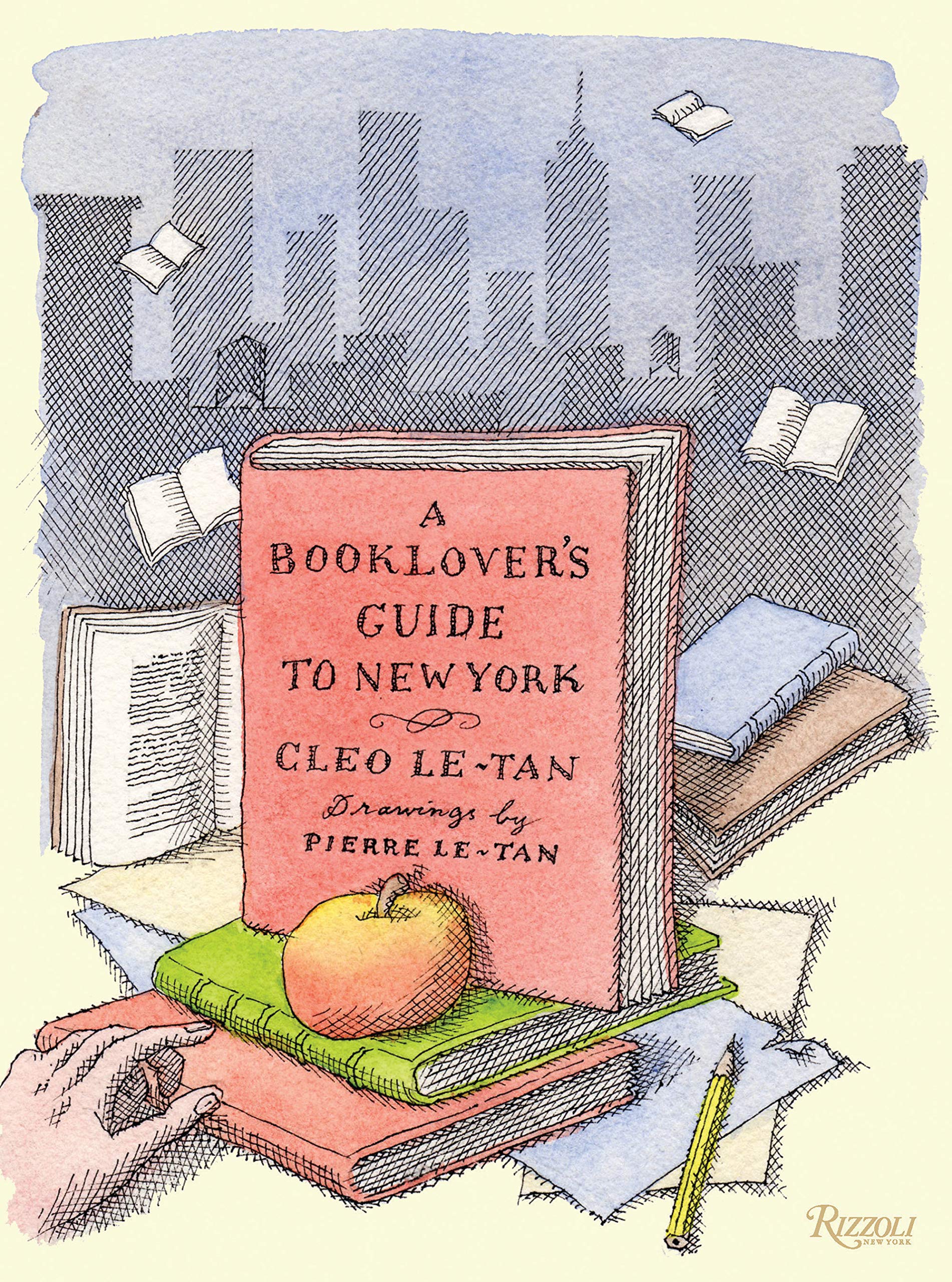 A Booklover’s Guide to New York, by Cleo Le-Tan, with drawings by Pierre Le-Tan (Rizzoli): As Prufrock measured out his life in coffee spoons, some New Yorkers measure theirs in departed bookstores. I weep most for Crawford Doyle, which in 2017 closed after twenty-one years in stately residence on Madison Avenue at Eighty-first Street. But there have been compensations among the heartaches. In 2014, Albertine opened at the French Embassy, on Fifth Avenue and Seventy-ninth Street. The gorgeous store cheekily asserts on billboards that “The best bookstore in France is in New York City.” And Rizzoli, which lost its lease in its double-front townhouse on Fifty-seventh Street in 2014, later reopened on Broadway and Twenty-sixth Street, in a space nearly as grand as the original. Cleo Le-Tan’s A Booklover’s Guide to New York is expressly made for those who view the city’s bookstores as integral to its being. Documenting the shops, sellers, libraries, and bibliophiles of the city, the illustrated book is a worthy addition to any personal collection. —BR 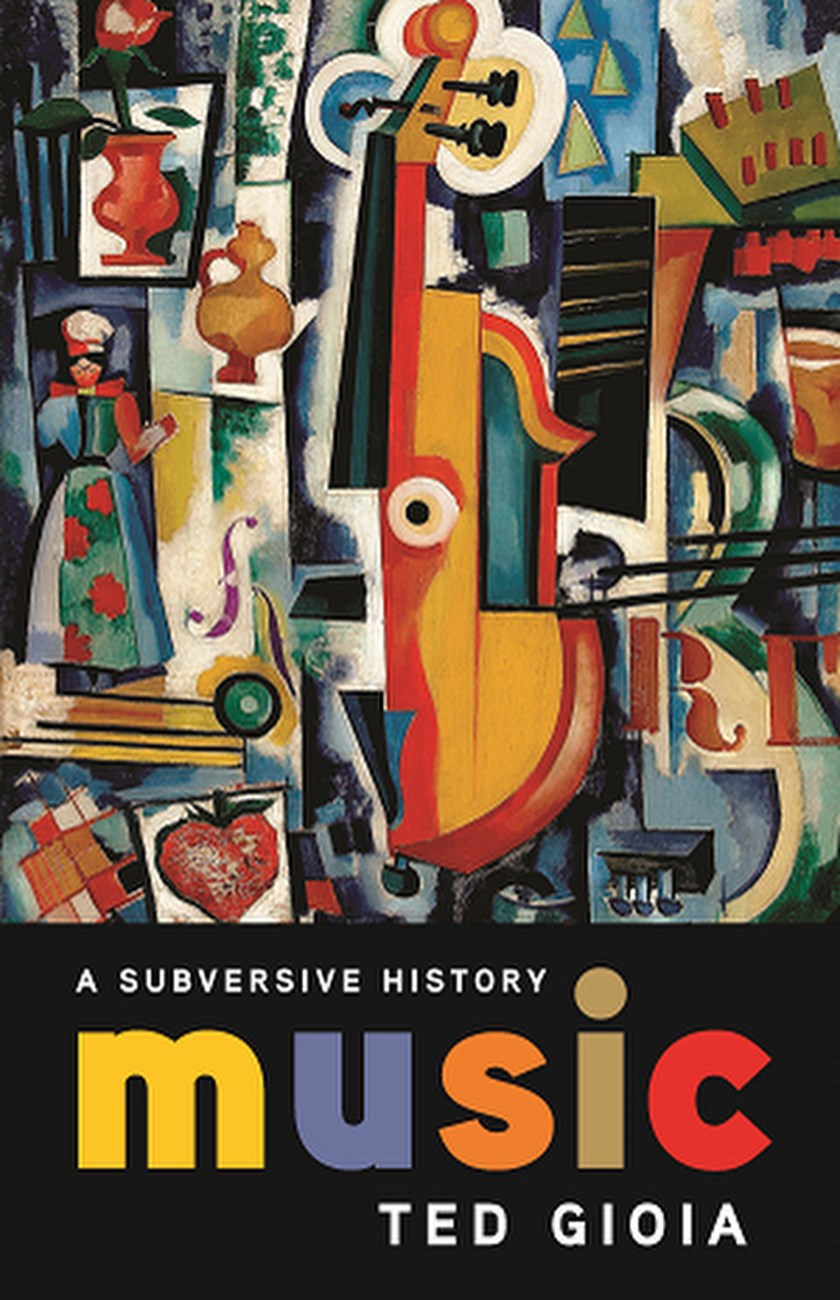 Music: A Subversive History, by Ted Gioia (Basic Books): The commodification of music by colossal record labels and streaming services has done much to disfigure our understanding of what “music” is, or what function it serves. (To entertain? Inspire? Galvanize retrograde bourgeois taste?) To make matters worse, contemporary music scholarship labors under the inauspicious heading of “cultural studies,” from which one escapes (if at all) with the impression that music is a mere tool, an empty vessel into which a politically or culturally expedient message can be cast. A glance to the past is illuminating on this front. Many of the great religious cosmologies enumerate sonic origins: one thinks of the Hindu “Om” and the evangelist’s well-known refrain, “In the Beginning was the Word . . .” Or one might note, as is generally accepted, that poetry was sung or performed before being spoken plainly; if music is purely utilitarian, then all literature must be, too. The anti-rationalist philosopher Giambattista Vico even postulated that primordial man’s first grasps at spoken thought consisted in the wild enunciation of basic syllables, variously attenuated by the strain and passion of their production—more simply termed “singing.” In carefully examining its “subversive” side, its wide-ranging deployment by the “riffraff, insurgents, and provocateurs,” Ted Gioia does much to convince us that music, far from being incidental to deeper political purposes or a convenient index of popular taste, is a profound “force of transformation and enchantment,” intrinsic to human society. —RE

“‘Children of Strawberry’: Replication and Referentiality in the English Gothic Revival,” with Matthew M. Reeve, at the Bard Graduate Center (October 16): Horace Walpole (1717–97) is said to have initiated the Gothic Revival with his 1764 novel The Castle of Otranto. But it was the 1749 construction of Strawberry Hill, his battlemented creampuff at Twickenham, that may be more correctly said to have initiated the vogue for a return to allegedly medieval art forms. Walpole himself claimed that the house was “the scene that inspired The Castle of Otranto,” though everything the man said must be viewed with some suspicion given his unending coyness. Regardless of its origin, the Gothic Revival swept up England like a cold wind on the moors, reaching its institutional pinnacle in Charles Barry and A. W. N. Pugin’s Victorian designs for the Palace of Westminster. Tomorrow Matthew M. Reeve will deliver the Bard Graduate Center’s inaugural Lee B. Anderson Memorial Lecture on the Gothic, examining the changing attitudes towards the Gothic Revival in both the eighteenth and nineteenth centuries. —BR

“The Crucible of Creativity,” with Anthony Alfosin and Patti Smith, at the Museum of the City of New York (October 16): “Have we reached peak Frank Lloyd Wright?” asks Francis Morrone in his review of Anthony Alfosin’s new book on the architect. “Have we reached peak New York City? How many more books do we need on these two subjects?” The answer, he concludes, is none—unless the book should be as fresh, enlightening, and generally “essential” as Alfosin’s, which bears the title Wright and New York: the Making of America’s Architect. Wright had a storied and tumultuous relationship with New York City: although the buildings he left in the five boroughs can be numbered on one hand, he found himself irresistibly drawn to the stage that the city afforded his oversized persona and returned time and time again to mingle with its tastemakers. Joined by the artist and performer Patti Smith this Wednesday at 6:30 p.m., Alfosin will be on hand at the Museum of the City of New York to discuss precisely those aspects of the city that render it so attractive, and even necessary, to creative luminaries like Wright. —RE

“Gary Saul Morson reads ‘Leninthink.’ ”The Lawrence B. Dumas Professor of the Arts and Humanities at Northwestern University delivers the inaugural Circle Lecture.

“Should dead men leave no reviews?,” by James Panero. On the insatiable thirst for consumer feedback.

“Brontosauran bardolatry,” by Paul Dean (December 1998). A review of Shakespeare: The Invention of the Human by Harold Bloom.

“March of the mummies,” by E. A. Carmean, Jr. (December 2010).On the new vision of the Association of Art Museum Directors.