King and Emperor: A New Life of Charlemagne, by Janet L. Nelson (University of California Press): Claims that Charlemagne was entirely illiterate are exaggerated, but it’s true that the first ruler of a unified Europe was not man of letters in the strictest sense. This has rendered the biographer’s task all the more difficult—apart from a few dictated missives and asides recorded by chance, we have nothing in his own voice by which to judge him. His legacy in letters, however, is immense: a staunch protector and patron of education and the arts, Charlemagne filled his cabinet with scholars and luminaries from across his kingdom, considering the stewardship of high culture a prerequisite for effective political rule. In crafting her new biography of the tremendous king, the British historian Janet L. Nelson has trawled well-traveled waterways and obscure rivulets alike to fish out the historical figure as he acted and thought—coming “as close as one can,” in the opinion of the historian Patrick J. Geary, “to approaching this extraordinary man.” —RE

“J. M. W. Turner: Watercolors from Tate,” at the Mystic Seaport Museum (through February 23, 2020): Water gives and it takes. In his 1950 book The Enchafèd Flood: or, The Romantic Iconography of the Sea, W. H. Auden writes that the sea represents “that state of barbaric vagueness and disorder out of which civilization has emerged and into which, unless saved by the effort of gods and men, it is always liable to relapse.” In his watercolors, J. M. W. Turner likewise mixed the waters of content and medium for his own deep dive into compositional disorder and painterly abstraction. Now at Connecticut’s Mystic Seaport Museum, a major exhibition of ninety-seven Turner watercolors is on loan from the Tate, pairing his waterly works with historical workers of water. In the first exhibition of its kind, the show offers a selection of Turner’s watercolors of life on land and sea alongside America’s leading collection of maritime relics. —JP

“Historic Walking Tour of Nineteenth-Century NoHo,” hosted by the Merchant’s House Museum (October 13): New York City’s SoHo neighborhood tends to get the attention these days, but, back in the nineteenth century, the area known today as NoHo was home to some of New York City’s most famous families—the Vanderbilts, Delanos, and Astors among them. On Sunday, the Merchant’s House Museum is leading a walking tour of the area that will take you to landmark buildings from the time and will describe how the neighborhood has changed from its days as a quiet residential part of town. —RH 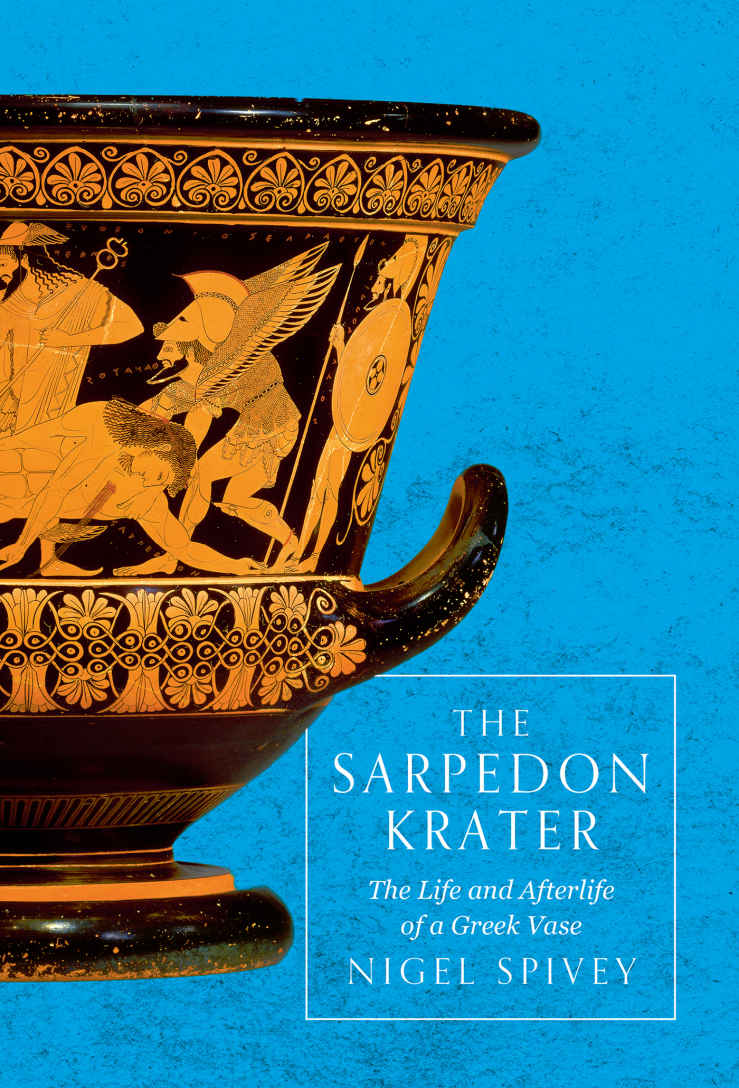 The Sarpedon Krater: The Life and Afterlife of a Greek Vase, by Nigel Spivey (University of Chicago Press): When non-specialists think of Greek vases, the Sarpedon (or Euphronios) krater surely is the first to spring to mind. I remember slides of it from my high school art history survey class and my college survey, too. Surely this dazzling red-figure calyx-krater is one of the icons of Western art. But the vase doesn’t just possess a pretty face. It also has a compelling backstory. Nigel Spivey, a senior lecturer in classics at Cambridge and a frequent contributor to The New Criterion, tells the tale in his new book, from the vase’s 1971 looting, to its long stint in the Metropolitan Museum of Art, to its 2008 repatriation to Italy. Spivey’s first sentences draw the reader in: “As vases go, the Sarpedon krater is relatively large. As landmarks go, it is almost ridiculously small . . .” Look out for a full review of the book from Sean Hemingway, the head curator of Greek and Roman art at the Met, in a future issue of The New Criterion. —BR

“Roger Kimball introduces the October issue.”The Editor and Publisher of The New Criterion discusses highlights in this month’s issue and reads from its opening pages.

“The Two Minutes Hate Comes to New York’s Subway,” by James Panero. “That is your legacy! Dead children!” yelled the young man, triggered by my arts magazine’s tote bag.

“Olmsted as author,” by Elizabeth Barlow Rogers (March 2016).On the importance of Frederick Law Olmsted as a writer.