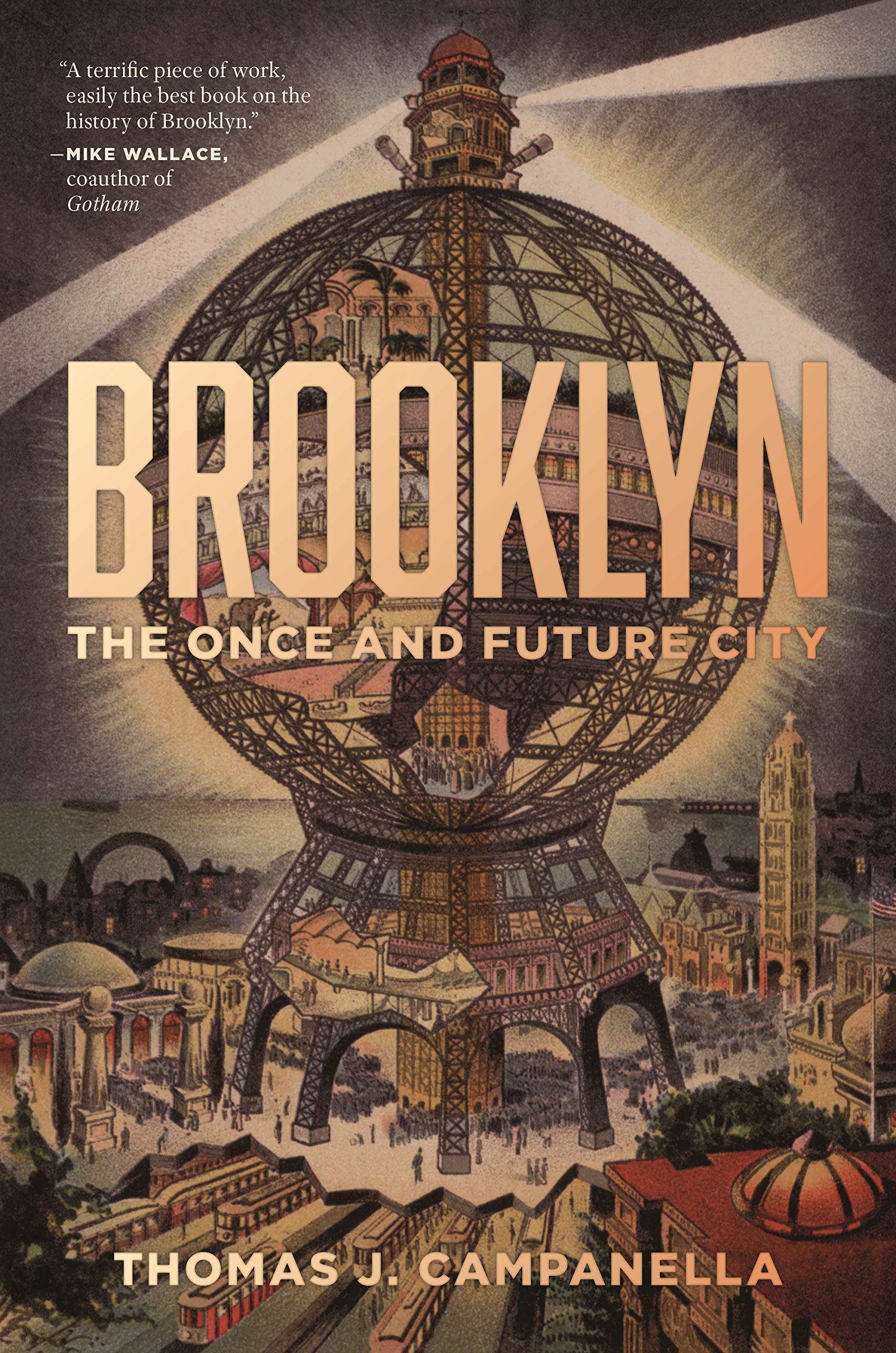 “Tom Campanella presents Brooklyn: The Once and Future City,” in conversation with Phillip Lopate, at Greenlight Bookstore (September 19): A quote from the Chekhov short story “The Student” serves as epigraph to Tom Campanella’s new history of Brooklyn: “And joy suddenly stirred in his soul, and he even stopped for a minute to take breath. ‘The past,’ he thought, ‘is linked to the present by an unbroken chain of events flowing one out of another.’ And it seemed to him that he had just seen both ends of the chain; that when he touched one end the other quivered.” Of course, an appeal to the continuity of causes gives little comfort in times of stress, which, ironically, are what much of the twentieth century was to Brooklyn; outraged Dodgers fans, for instance, likely viewed their team’s 1958 departure to Los Angeles with less heed for historiographical niceties than Chekhov’s protagonist might have. In the ’50s, ’60s, and ’70s, the borough saw declines in industry and cultural status vis-à-vis its neighbors, and increasing crime rates, to boot. But Brooklyn has shown signs of vitality since then, and Campanella, in tracing out the “quivering chain” of its history, sheds light on both its past and its future. This Thursday at Greenlight Bookstore, he’ll take the stage with the author and fellow Brooklynite Phillip Lopate to discuss his recent work. —RE

“Bertoldo di Giovanni: The Renaissance of Sculpture in Medici Florence,” at The Frick Collection (September 18, 2019–January 12, 2020): To be the teacher of a genius can be a mixed blessing, at least when it comes to your posthumous reputation. The artists who taught the two greatest geniuses of the Florentine Renaissance have long been overshadowed by their more famous pupils, and not always fairly so. Now, just as “Verrocchio: Sculptor and Painter of Renaissance Florence,” on view at the National Gallery, allows us to re-consider the teacher of Leonardo, an exhibition at The Frick Collection looks to a teacher of Michelangelo. “Bertoldo de Giovanni: The Renaissance of Sculpture in Medici Florence” brings together nearly all of this sculptor’s entire body of work into two small basement galleries. It helps that Bertoldo worked small, creating miniature bronze figures and narrative scenes in the intimate relief of Renaissance medals. But these medals, which looked to classical coinage, are just one remarkable point of connection between master and student. As the curator Xavier F. Salomon makes clear, the composition of Michelangelo’s Last Judgment first appeared on Bertoldo’s Portrait Medal of Filippo de’ Medici (1468–69). Accompanied by an extensive catalogue, this exhibition makes the case for this Renaissance sculptor in his own right. Look for a full review in the forthcoming December issue of The New Criterion. —JP

“The Soane Fellowship Lecture—Architects Abroad: Seeing, Drawing, and Traveling,” with Danielle Willkens, at the Center for Architecture (September 23): On his Grand Tour in the 1750s, the Scottish architect Robert Adam remarked, “I hope to have my ideas greatly enlarged and my taste formed upon the solid foundation of genuine antiquity . . . my whole conception of architecture will become much more noble than I could have ever attained by staying in Britain.” It was a sentiment much in evidence among eighteenth-century architects like Adam and his near-contemporary John Soane, whose eclectic classicism owes much to what he saw on his travels. Indeed, Soane echoed Adam’s words thirty years later on his own Grand Tour, saying “my attention is entirely taken up in the seeing and examining the numerous and inestimable remains of Antiquity.” In that spirit, Danielle Willkens, a professor at the Goergia Tech School of Architecture, will give this year’s Soane Fellowship Lecture next Monday, which will focus on “travel as architectural training by exploring the nature and scope of Soane’s Grand Tour and Parisian excursions . . . as well as the way Soanian design concepts were imported to the United States.” —BR 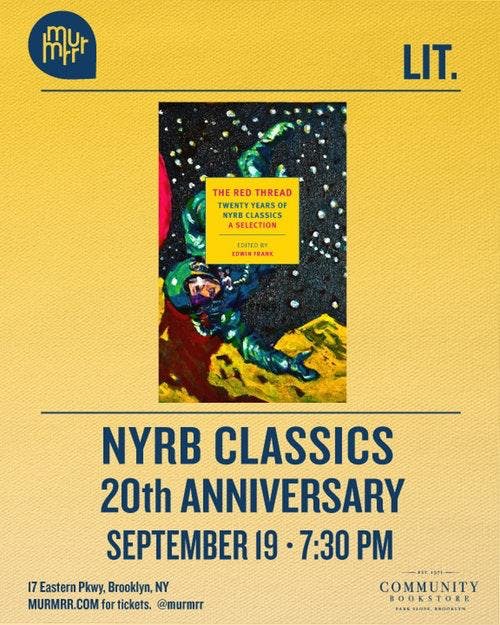 “NYRB Classics Twentieth Anniversary Celebration,” at Murmrr Ballroom (September 19): Happy birthday to New York Review Books Classics. Twenty years ago, NYRB started the series to publish the “kind of books that people typically run into outside of the classroom and then remember for life.” With their editions of Vasily Grossman, Kingsley Amis, and Lionel Trilling, new translations of Aeschylus and Chekhov, and hundreds of other publications, almost all of which include a valuable introduction by an important voice on the subject, it seems their first twenty years have lived up to this mission. To mark this special occasion, the press has put out The Red Thread: Twenty Years of NYRB Classics, A Selection. A reading of this new collection of essays, poems, stories, and chapters from books in the NYRB Classics series will take place this Thursday at Murmrr Ballroom. Guest readers include Paul Giamatti, Jeffrey Eugenides, Amit Chaudhuri, and more, and drinks and dancing will follow. —RH

Upcoming at The New Criterion: 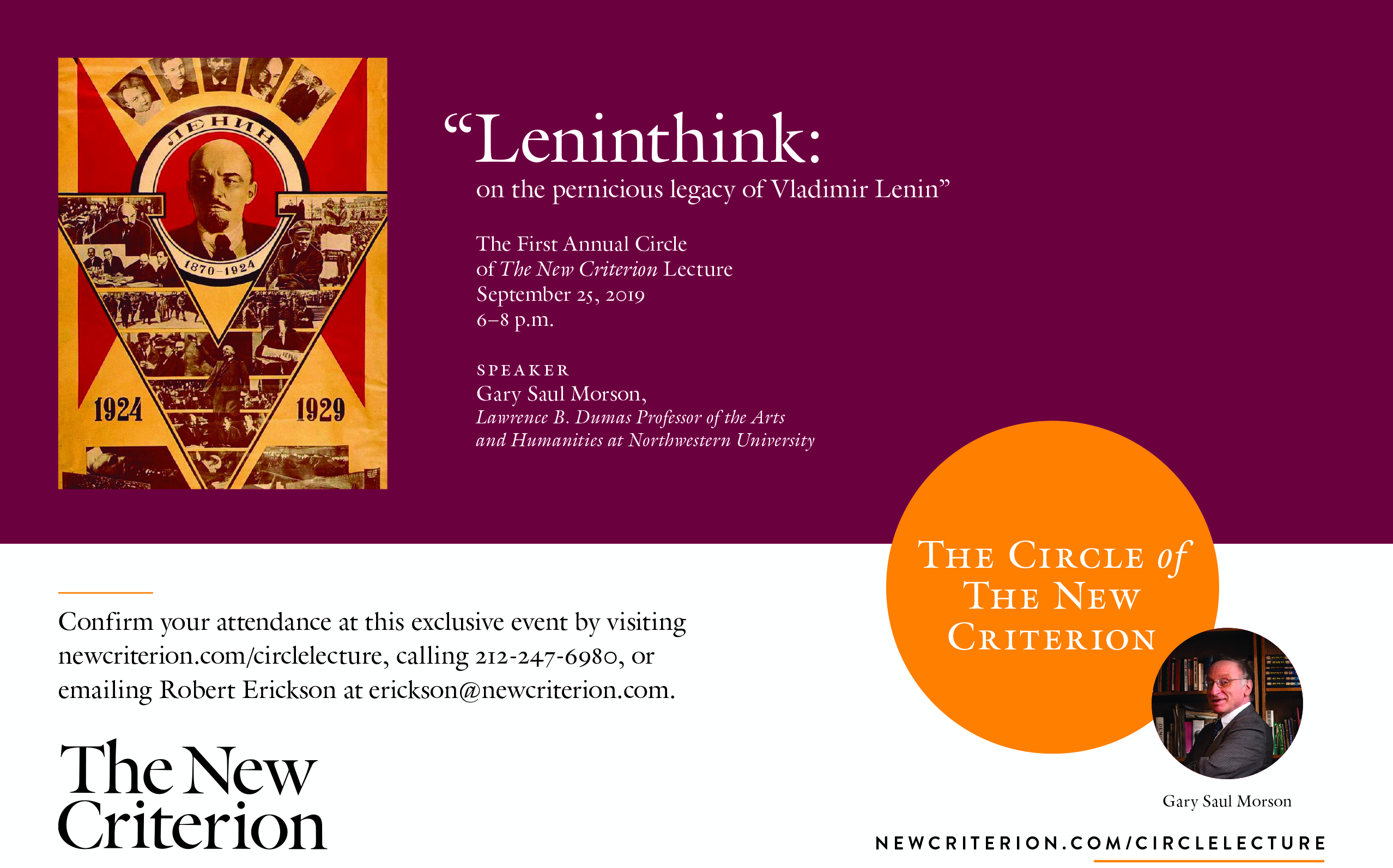 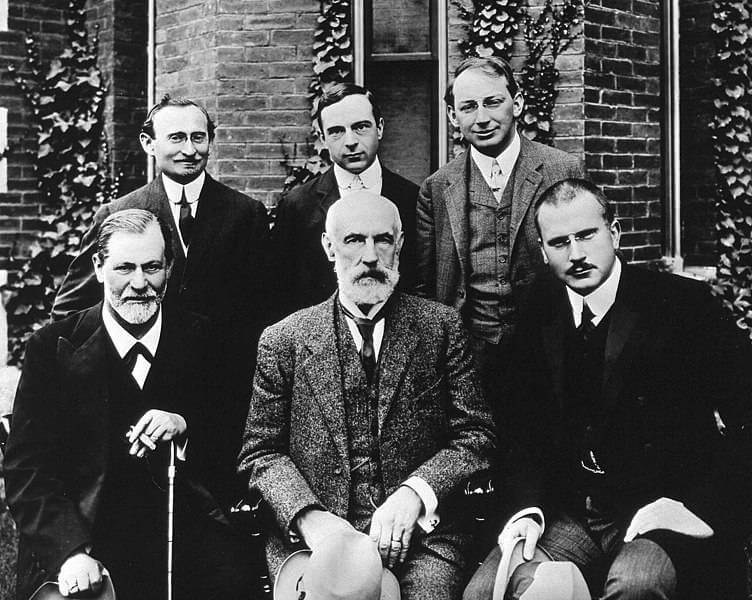 “Carl Jung: the Madame Blavatsky of psychotherapy,” by Anthony Daniels (November 2003). Carl Jung was one of the great gurus of the twentieth century. Is he still worth reading? 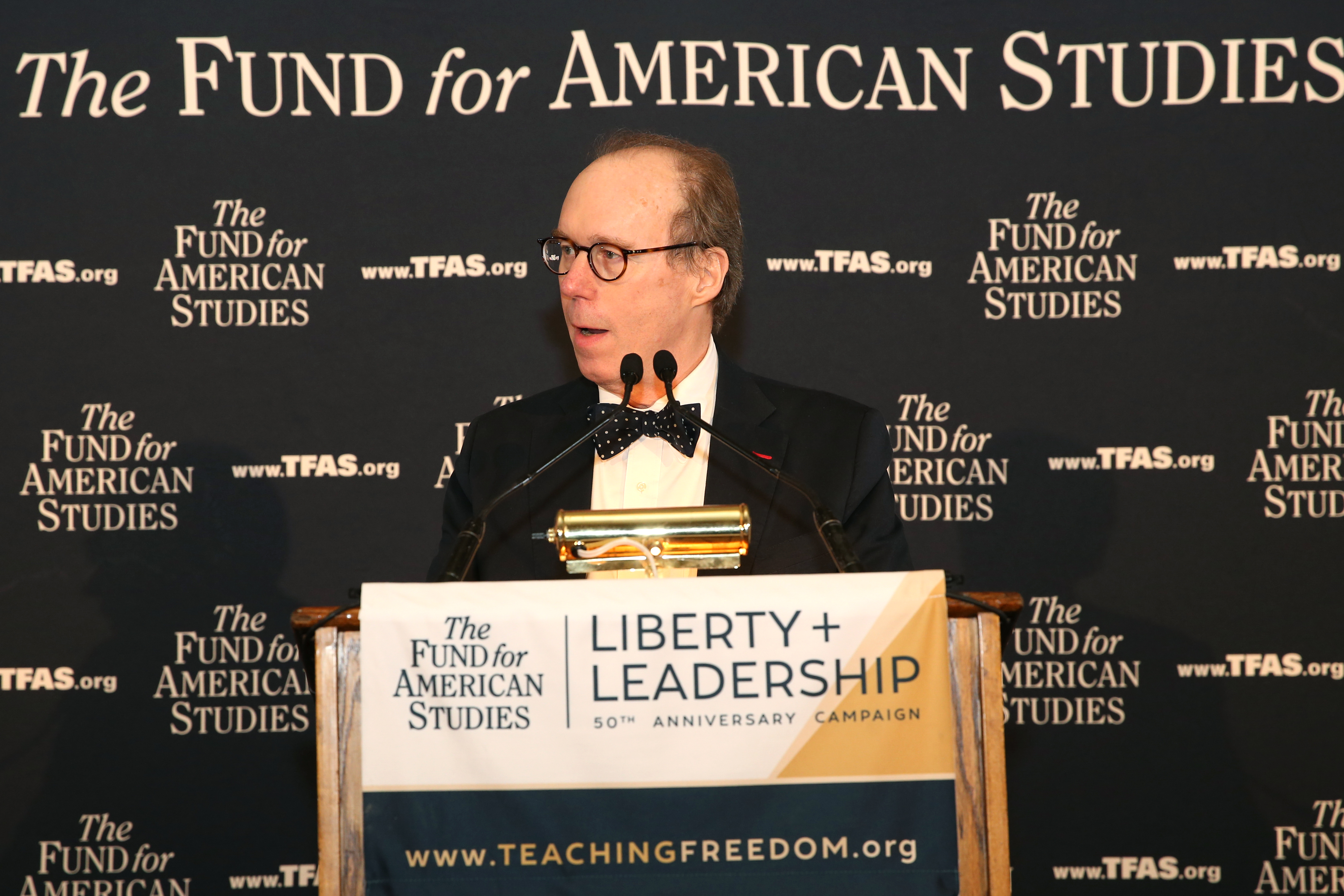