This week: Beethoven’s late rage & aesthetics in our age 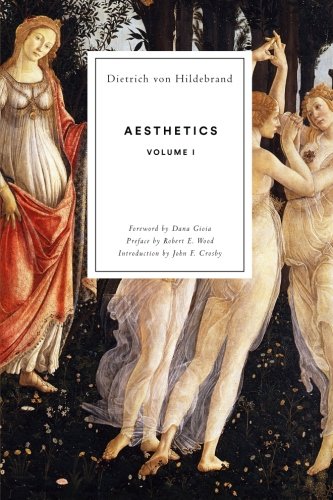 Aesthetics: Volume I, by Dietrich von Hildebrand, translated by Fr. Brian McNeil (Hildebrand Project): It is understandable, if not quite pardonable, that aesthetic Modernism swept through corporate and civic architecture in the wake of World War II. Champions of the International style hoped that their stripped-down, sleek constructions would smoothen out the rifts among national traditions. Unconscionable, however, to the German philosopher Dietrich von Hildebrand, was the intrusion of Modernism into the Christian church—the aesthetic city-on-a-hill within the West, the art and architecture of which signified our pursuit of life’s highest aspirations. Von Hildebrand’s Aesthetics—originally published in 1977 but appearing now in its first English edition—returns readers to a twentieth-century mindset, before the triumph of banality could be taken for granted. —MU 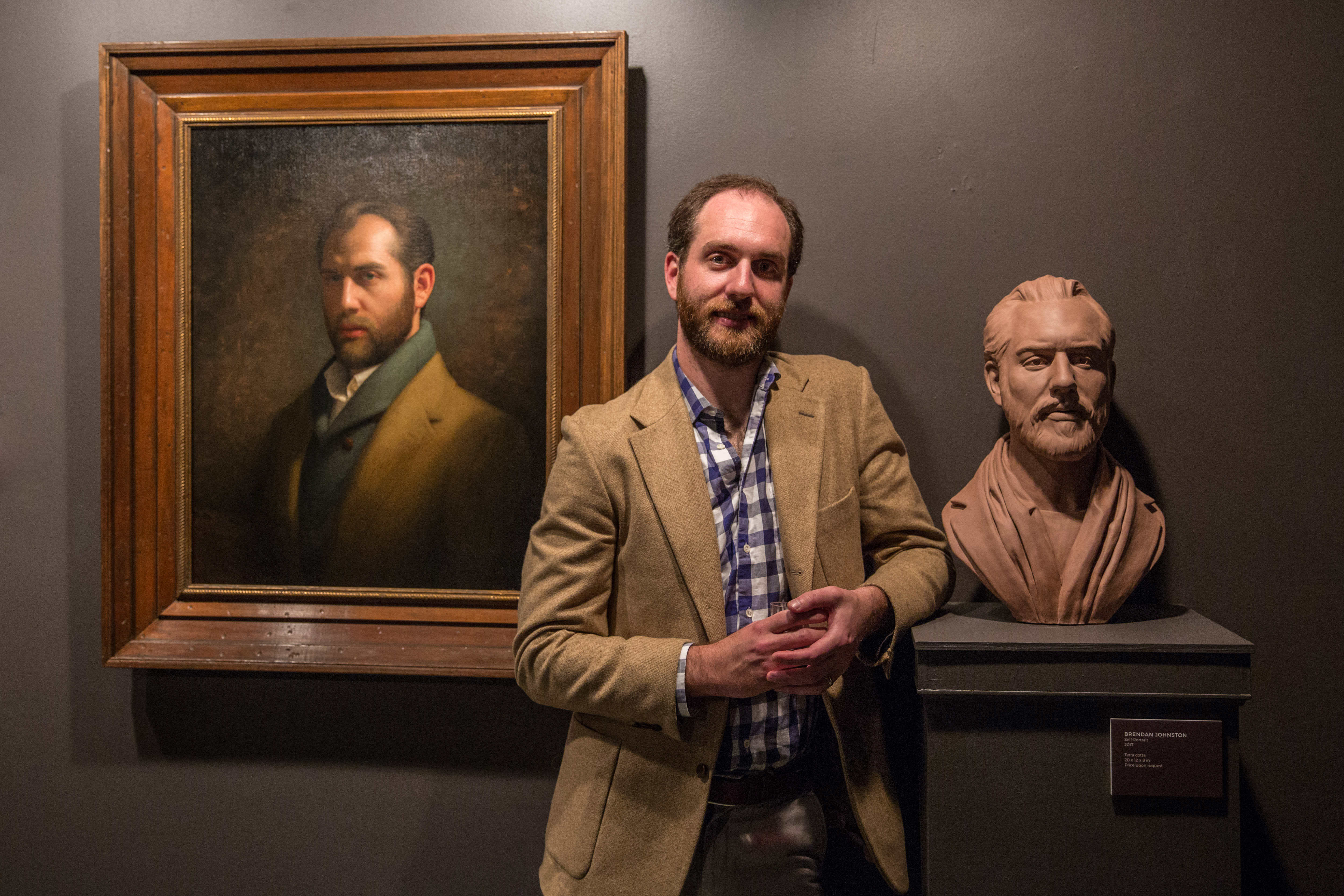 “Self Portrait” at Eleventh Street Arts (through June 20): It’s “Frieze Week.” That means Frieze New York has brought its caravan of contemporary art back to Randall’s Island. Meanwhile, Maastricht takes Manhattan for the first TEFAF New York Spring at the Park Avenue Armory. But for some revelatory self-reflection, look no further than “Self Portrait,” a survey of twenty-seven classical painters at the Eleventh Street Arts in Long Island City. On view through June 20 at this gallery of the Grand Central Atelier, the exhibition will host the chamber of music of Chiaroscuro, featuring works by Orlando Gibbons, Matthias Pintscher, and Arnold Schoenberg, this Thursday at 7 PM. —JP 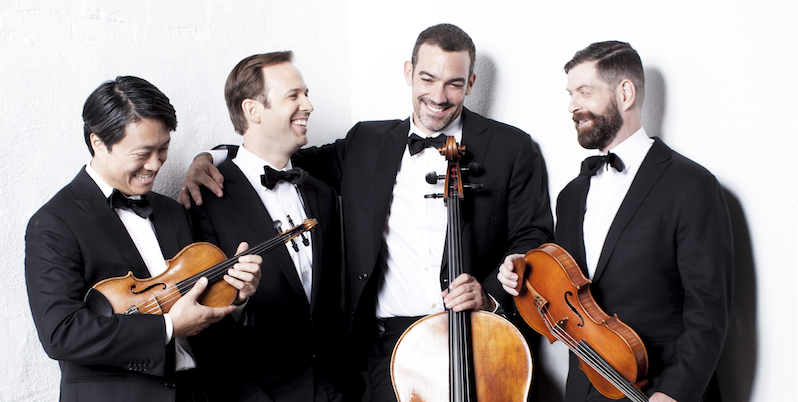 The Miró Quartet at Carnegie Hall (May 5): Among the great masterpieces of the string quartet repertoire, Beethoven’s “Grosse Fuge” occupies a peculiar place: on its own, it is a work of such towering and radical genius that it seems almost impossible to imagine it as a constituent item within a larger whole. And yet, before his publisher urged him to replace it, the movement was intended as the finale of the B-flat major quartet, Op. 130. Any opportunity to hear this delirious Fuge, a music-historical landmark of astonishing foresight, is one worth taking, but to hear it in its original context is a special opportunity. This Friday at Carnegie Hall, the Miró Quartet plays Op. 130 with the “Grosse Fuge,” alongside the Quartet in C-sharp minor, Op. 131, another late masterpiece that records the turbulent spurts of genius of Beethoven's final years. —ECS

“A City Seen: Todd Webb’s Postwar New York, 1945–1960” at the Museum of the City of New York (through September 4): In the high decades for art photography between the ‘30s and ‘60s, one of the predominant fault lines in the field laid between the Neue Sachlichkeit—the so-called “realists”—and the more sentimental photogs. While Walker Evans’s New York photos exemplified the spare realist approach to depicting urban life, Todd Webb’s shots of contented workers and cheery kids helped to swing the pendulum back toward sentimentality in the popular taste. Today’s New Yorkers can avail themselves of a bit of that cheer at “A City Seen,” an exhibition of Webb’s photos at the City Museum—and particularly at the “Sketch & Sip” event on May 9, where drinks served at the venue will aid the proper appreciation of Webb’s heartwarming works. —MU

From the archive: “Future Tense, V: Everybody gets rich” by Kevin D. Williamson: On unwinding the welfare state.

From the current issue: “Populism, IX: Avenue to renovation” by Conrad Black: On the American party system, and our current disruptive moment.

Broadcast: Notes on the postmodern museum: The Wall Street Journal arts editor Eric Gibson describes the way postmodernism has reshaped art museums. From “The Future of Permanence in an Age of Ephemera,” a symposium on museums hosted by The New Criterion. 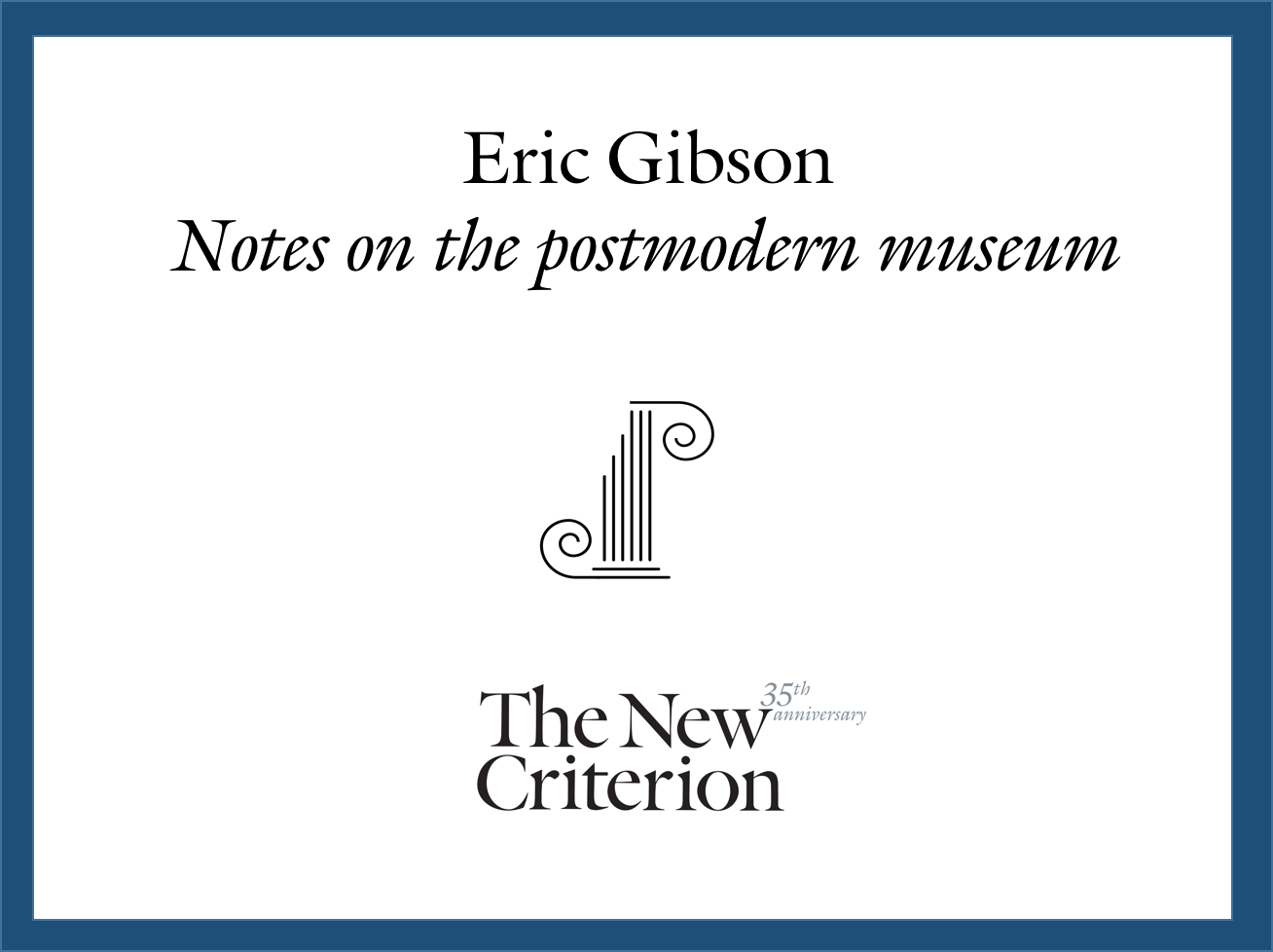