This week: An opera quite bizarre & two Irish at a bar 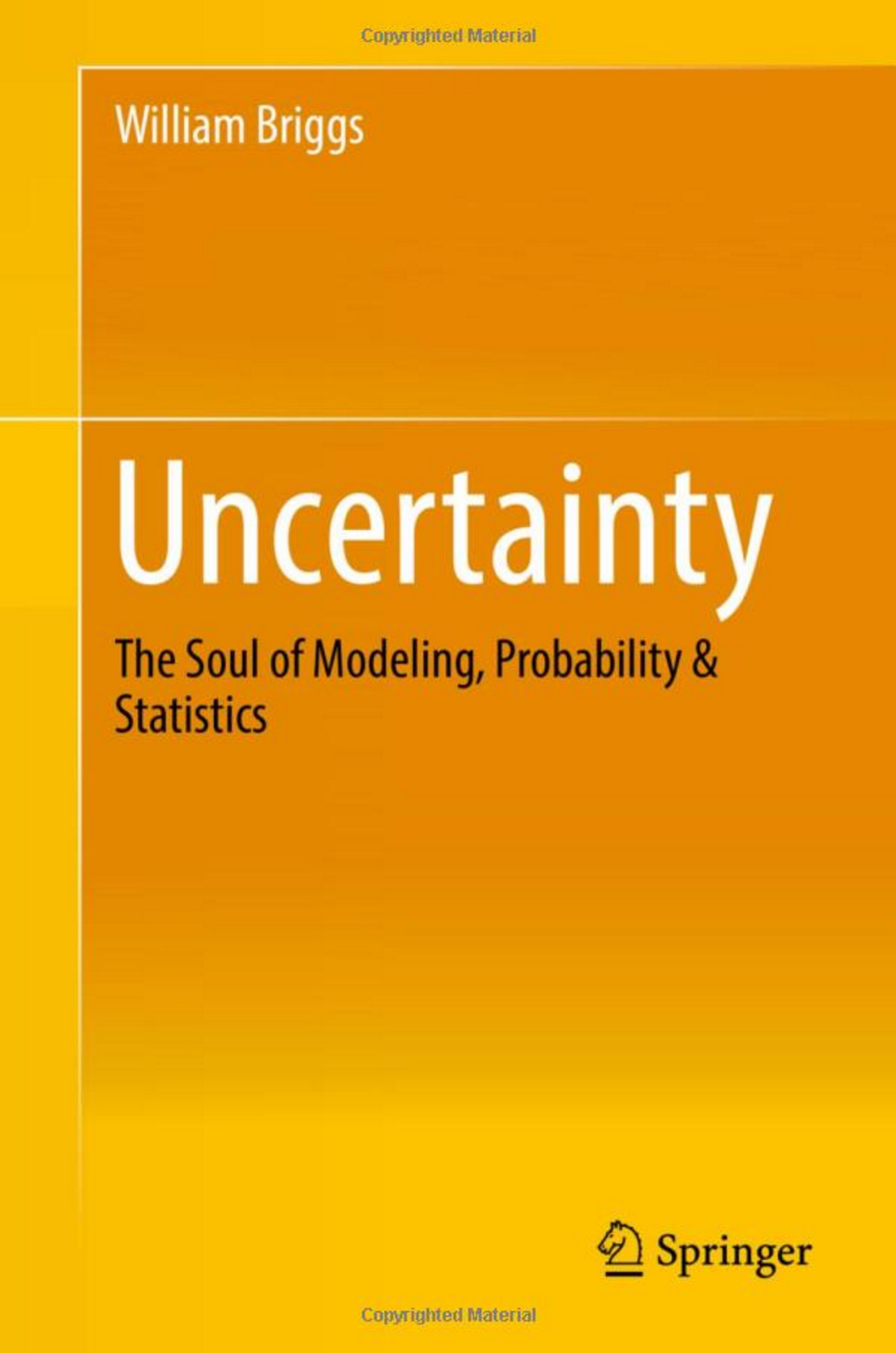 Nonfiction: Uncertainty: The Soul of Modeling, Probability & Statistics, by William Briggs (Springer Publishing): I know it’s the end of August and your preferred reading is something light. But I would be remiss if I did not bring to the attention of any hard-headed truth seekers out there—for whom exerting the cerebellum, even in August, is not an untoward occupation—a new book by William Briggs, the civilized world’s most amusing statistician. I know what you’re thinking: “statistician” and “amusing” do not belong in the same sentence, or, at least, that they cannot refer to the same man. (Disraeli’s comment about “lies, damned lies, and statistics” shows that the subject, anyway, can admit of some humor.) But do not take my word for it: nab a copy of Briggs’s latest, Uncertainty: The Soul of Modeling, Probability & Statistics.  It’s not for sissies, true, but its clear-headed (i.e., Aristotelian) approach to the subject of truth (which, in the end, is what exercises in probability and statistical analysis are all about, notwithstanding what they tell you in school) is refreshing: a long, cool drink of plain speaking about intellectual topics that, in these hot and humid days, is as enlivening as it is enlightening.  One sadness that can be remedied in later reprintings: the index refers to a “Stove, S.” It is “Stove, D.,” as in “David Charles Stove,” the Australian philosopher, a patent and healthy influence on this book, who is meant. —RK

Music: Faust at the Salzburg Festival (August 23): With the Mostly Mozart festival about to wrap up and the first of the fall openings still weeks away, we are entering the doldrums of the cultural summer. The European festivals are still going strong, including the Salzburg Festival, whence Jay Nordlinger is sending back regular dispatches to New York. On Tuesday, take a lunch break with medici.tv’s 1:00 P.M. live stream of Gounod’s Faust, in a new staging directed by Reinhard von der Thannen. An all-star cast features Ildar Abdrazakov, Maria Agresta, Piotr Beczala, and Alexey Markov, led by Alejo Pérez. —ECS

Architecture: The Worsham–Rockefeller Dressing Room at The Met (August 25): The Huntingtons have been one of America’s great philanthropic dynasties, building institutions coast to coast from the Huntington Library in San Marino, California to the institutions of Audubon Terrace (The Hispanic Society of America and The American Academy of Arts and Letters in Upper Manhattan). The cultural powerhouse behind the Huntingtons was Arabella Worsham—wife to Collis Huntington, later wife to his nephew Henry Huntington, and mother to Archer Huntington (who was either Collis’s adopted or illegitimate son). An indomitable and controversial woman, Arabella understood the trappings of taste. In 1881, as then-mistress to Collis, she hired George A. Schastey & Co. to decorate a townhouse at 4 West Fifty-fourth Street in the most gilded of Gilded-Age style. Just three years later, when she married Collis, she sold the house to the progenitors of another cultural dynasty—John D. and Laura Spelman Rockefeller. When the Rockefellers tore down the property to make way for their Museum of Modern Art in the 1930s, the decorations from several of the rooms were set aside. Last year, the Metropolitan Museum unveiled among its American period rooms what is arguably the most personal section to be set aside from Arabella’s original townhouse, the Worsham–Rockefeller Dressing Room. This Thursday at 11 A.M., the Met conservator Nancy C. Britton will discuss this intriguing architectural interior in a free program meeting in museum Room 742. —JP 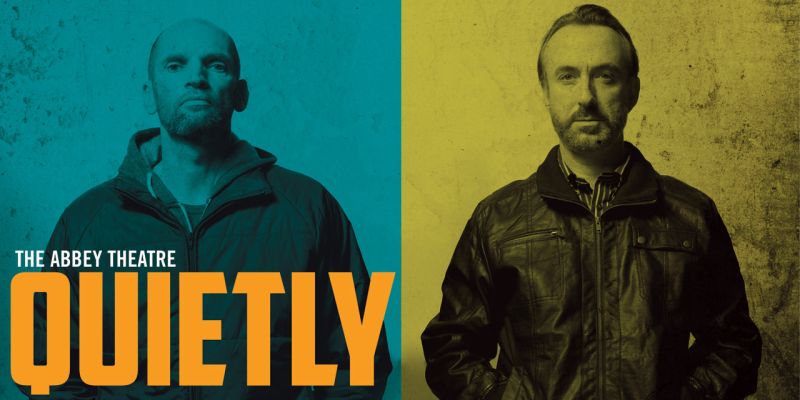 Theater: Quietly at the Abbey Theater (Through September 25): The mission of the Irish Repertory Theatre, to perform works that evoke not only the Irish-American experience but even more so the “Irish sensibility,” has helped the ensemble to remain focused on simple human drama over the course of its nearly thirty-year run. Their current offering, Quietly, at the Abbey Theater in Chelsea, springs out of this tradition—both its writer Owen McCafferty and director Jimmy Fay were born and bred in Belfast, split their work between Northern Ireland and the United States, and have maintained a narrow but deep focus on the particularities of modern Irish life. The play uses the familiar framework of an encounter between strangers at a bar to explore the divide between Unionists and Republicans in Northern Ireland—a divide which was formally resolved nearly twenty years ago, but which still resonates in the politics of the region and in the personal lives of folks like the two lead characters, who were caught in the conflict decades earlier. The two men push one another to renounce their old grudges, stirring that tension between loyalty and grace which strikes one as characteristically Irish. Look for Kyle Smith’s full review of the play in the upcoming September issue of The New Criterion. —MU

From the archive: “Tocqueville on greatness & the potential for decline,” by S. J. D. Green: On the political philosopher’s insight into America. 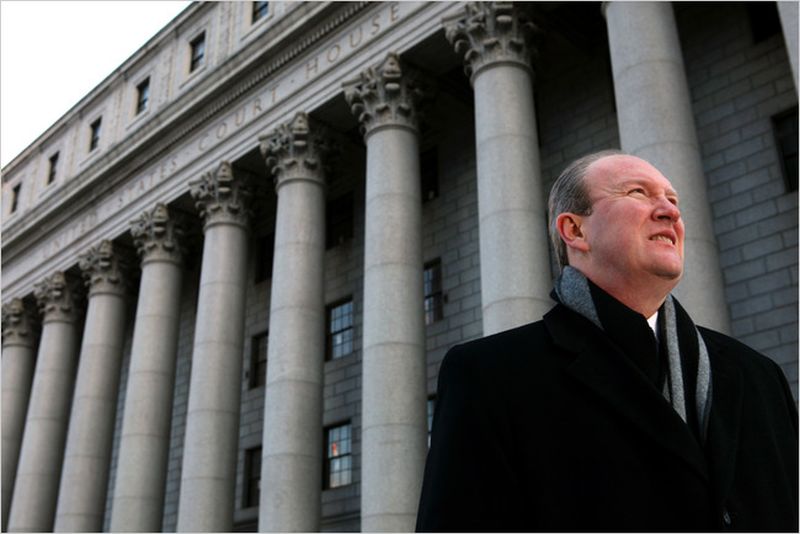