This week: Live from the NYPL, Living with Latin, and James Levine. 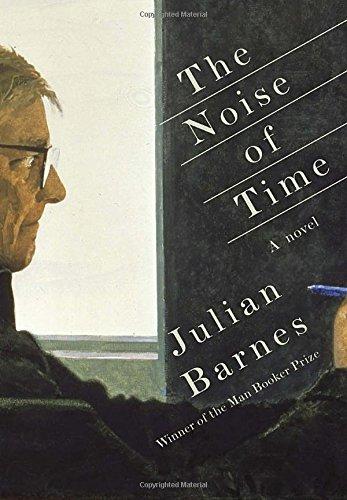 Fiction: Live from the NYPL: Julian Barnes & Bruce Adolph (May 25): Was Dmitri Shostakovich a dedicated party member or merely a reluctant tool of a destructively overactive state? The question remains a point of contention in the music world even today. Julian Barnes’s new novelization of the composer’s life, The Noise of Time, seeks to help answer the matter, or at the very least offer his personal view. This Wednesday Barnes will discuss the book at the New York Public Library’s main branch with Bruce Adolph, a composer and writer. —BR 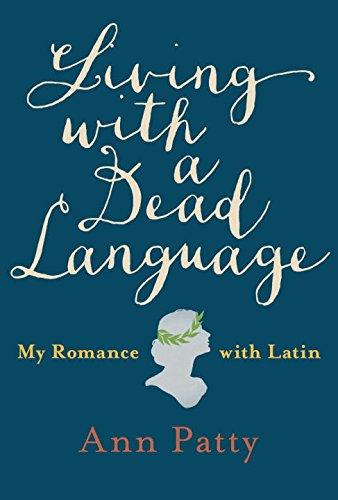 Nonfiction: Living with a Dead Language: My Romance with Latin, by Ann Patty (Viking): I know: you are already getting ready for the Memorial Day weekend. You’ve begun to pack and have started sorting through the books you are going to bring along, some of which you might actually read, on this traditional entryway to summer. If you like words, if you have a penchant, even a rusty penchant, for classical culture, allow me to recommend Living with a Dead Language: My Romance with Latin by Ann Patty, a sometime book editor who, after thirty-five years, gave it up and moved to the country. Sylvan paradises are all well and good, but if you are delicately brought up and are spared the necessity of tending the local flora and fauna, the worm Boredom is a constant threat. Ms. Patty sought and found solace in the study of Latin—and her readers, in turn, find their solace in hers. Ms. Patty had had a smidgeon of Latin in seventh grade, but amo, amas, amat doesn’t take you very far. Now she really threw herself into the study of the language and, five years into the never-ending enterprise, comes, as the poet Horace advised, to delight as well as instruct us on her course of total immersion into lingua Latina. There is as much about Ms. Patty’s autobiography as about the Ablative Absolute in this book—this quest for mastery of Latin takes place under the merry aegis of Ovid—but that just adds a dollop of human warmth to the narrative. You still have time to seek out a galley copy for the weekend—the book isn’t out until June 14. —RK

Art: “The Folk Art Collection of Elie and Viola Nadelman,” at the New-York Historical Society (Through August 21): Unlike the modernists of Paris who looked to Africa for their “primitive” influences, the sculptor Elie Nadelman (1882–1946) largely drew on the rich folk traditions of his transplanted home in America. Born in Poland to a middle-class Jewish family, Nadelman found early artistic success in the avant-garde circles Munich and Paris before immigrating to the United States in 1914. From their estate in Riverdale, The Bronx, he and his wealthy wife, Viola Spiess Flannery (1878–1962), created the Museum of Folk and Peasant Arts with some 15,000 objects, spanning six centuries and thirteen countries, tracing the roots of American folk art while inspiring Nadelman’s own sense for plastic form. Suffering financial reversals following the stock market crash of 1929, the Nadelmans were forced to close their museum and, in 1937, sold their collection in its entirety to the New-York Historical Society (where Elie for a time served as curator). Now with “The Folk Art Collection of Elie and Viola Nadelman,” and an accompanying scholarly catalogue published by D Giles Limited, the N-YHS has mounted a survey of this singular collection that draws on new research into its creation and its influence over Nadelman’s own significant body of work. —JP 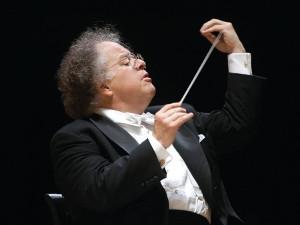 Music: The MET Orchestra plays excerpts of Wagner’s Ring, at Carnegie Hall (May 26): The story of the season, no doubt, has been the announcement of James Levine’s impending retirement from his role as Music Director of the Metropolitan Opera. The company’s global preeminence today is thanks in no small part to his leadership, having coached generations of singers and built the orchestra into one of the world’s finest over his forty-year tenure. This Thursday may well be the last chance to hear him lead the Met Orchestra in a concert setting, and one could hardly ask for a better sendoff: the superb soprano Christine Goerke, fresh off a Ring cycle at the Washington National Opera and already announced as the Met’s next Brunhilde, will join the orchestra for excerpts from Wagner’s Ring alongside tenor Stefan Vinke. —ECS

From the archive: Flaubert’s simple heart, by Anthony Daniels: On the lessons of tolerance in Flaubert.

From our latest issue: Women on the verge, by Kyle Smith: A survey of the latest New York theater.