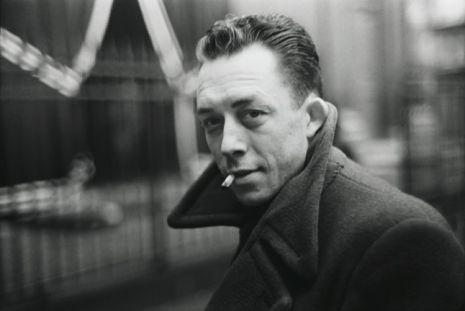 Fiction: “Camus in New York,” at Albertine (April 6): In a world marred by an ever-increasing focus on pluralism and multiculturalism for their own sakes—as if they were self-evidently valuable—Albertine’s nationalism is highly refreshing. Its stated aim is to animate “the French government’s commitment to French–American intellectual exchange,” and it achieves this as a bookstore and cultural space, regularly presenting some of New York’s highest-quality intellectual programming at its mansion on Fifth Avenue. Next week the space hosts a conversation with Alice Kaplan, Alban Cerisier, and Morris Dickstein to commemorate the seventieth anniversary of Albert Camus’ visit to New York, during which The Stranger was first published in English translation. Kaplan is the chair of Yale’s French department, Cerisier runs Gallimard (Camus’ publisher), and Dickstein is Distinguished Professor of English at the CUNY Graduate Center. Though the talk is already at capacity, walk-ins may be accommodated, or the truly committed may watch via live stream. —BR 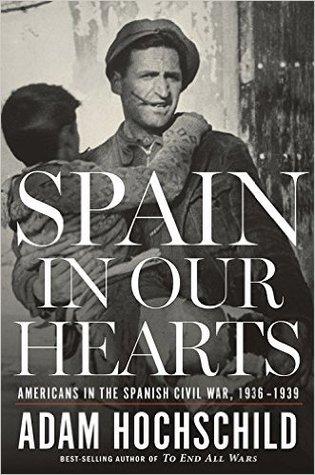 Nonfiction: Spain in Our Hearts: Americans in the Spanish Civil War, 1936–1939, by Adam Hochschild, discussed at McNally Jackson with Juan José Herrera (March 31): While most people of a certain age have some knowledge of the history of the 1930s, especially in regards to what was going on in Germany, the Spanish Civil War remains, for many, a cultural blind spot. Of course Franco is a known entity, lasting as long as he did, but how exactly he got there—via a bleakly savage civil war between the so-called republicans and nationalists—is less widely understood by the literary public. For most, the Spanish Civil War begins and ends with Hemingway’s For Whom The Bell Tolls. Adam Hochschild’s new book aims to correct that, at least from an American perspective, telling the story of the Americans who fought in, covered journalistically, and financially aided the war efforts. Thursday night he speaks on the book at McNally Jackson. —BR

Art: “Lois Dodd: Day and Night,” at Alexandre Gallery (Through April 2): There is something about the changing of the seasons that particularly calls to mind the work of Lois Dodd. Born in 1927, emerging within the world of Abstract Expressionism but not of it, Dodd takes an abstract feeling for paint and applies it to representing the life around her homes in New York and Maine with its growth and decay, its changing light. Now at Alexandre Gallery through April 2, in her twelfth solo exhibition at the gallery and more than fiftieth overall, Dodd is presenting twenty-three recent small-scale paintings on panel and larger paintings on canvas that focus on the passages of “Day and Night”—lyrical vignettes observed through the windows and paths of her apartment on Second Street and her Blairstown studio. —JP 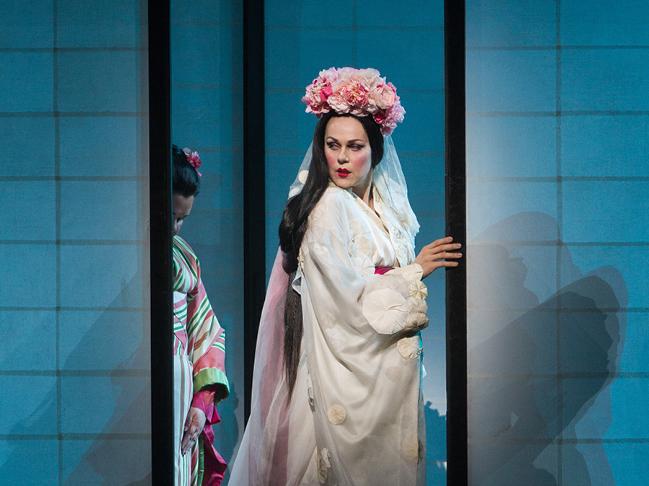 Music: Madama Butterfly, by Puccini, at the Metropolitan Opera (March 29 and April 2): Two weeks ago, I attended one of the greatest performances I have ever experienced at the Metropolitan Opera: a late-season run of Puccini’s beloved tragedy Madama Butterfly featured an all-star cast led by Kristine Opolais and Roberto Alagna. These two, as Cio-Cio San and Lt. Pinkerton, gave incandescent performances, true exemplars of the emotional power that the operatic form, at its very best, can achieve. This cast performs together only twice more, on March 29 and April 2, before another cast change. Saturday’s matinee performance will also be broadcast to movie theaters around the world as part of the Met's “Live in HD” program. —ECS

From the archive: Camus and his critics, by Norman Podhoretz: A look back to a November 1982 piece on the great French existentialist novelist.

From our latest issue: The Sitwells’ greatest legacy, by Brooke Allen: A review of Renishaw Hall: The Story of the Sitwells, by Desmond Seward.