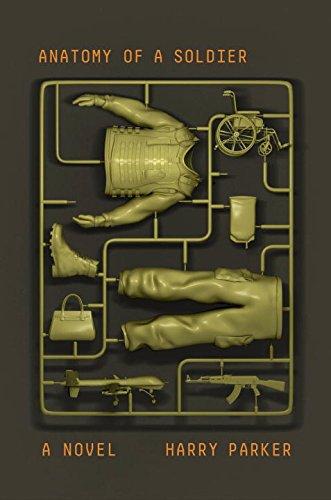 Fiction: Anatomy of a Soldier, by Harry Parker (Knopf): “The thing that hath been, it is that which shall be; and that which is done is that which shall be done: and there is no new thing under the sun.” All true—especially when it comes to novels—until we encounter something seemingly unprecedented. Such is the case with Harry Parker’s forthcoming novel, Anatomy of a Solider. The novel details the experiences of a British soldier in an unnamed war zone that can be nowhere but Afghanistan: conventional enough. What’s not conventional is the novel’s central conceit, namely that the narrative is told by forty-five disparate and often inanimate objects. But in eschewing a traditional first-person narrative, Parker gets at insights that might regularly sit obscured. As a hospital mirror says of the newly disfigured solider, “He knew I reflected what others saw, and it shocked him. He shook his head in disbelief. He was unnatural, created by violence and saved by soldiers and medics: he’d survived the unsurvivable and it showed. He felt disgusted.” Parker draws on his experiences as a wounded soldier—like the aforementioned character, he is a double-amputee—to make the unthinkable conflict real. —BR 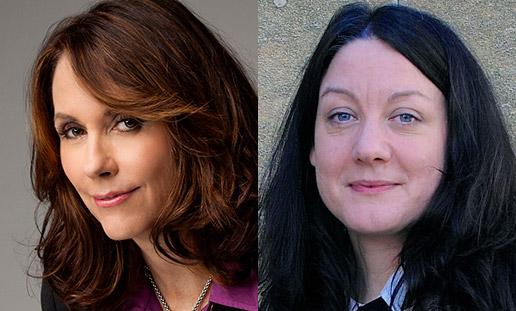 Nonfiction: Mary Karr and Helen Macdonald at 92Y (March 24): Writing a memoir is a funny thing—to be worth reading, the book must be honest, entertaining, and often a little mean. The memoirist risks much, both exposing his inner being and often his loved ones to perfect strangers. Aspiring memoirists—and there are plenty in New York—will want to find themselves at 92Y this Thursday for what promises to be an instructive evening in the art. Mary Karr, the author of the appropriately titled The Art of Memoir will talk with Helen Macdonald, whose deeply personal H is for Hawk was a literary sensation last year. In advance, read Dominic Green’s review of H is for Hawk in the context of new British nature writing. —BR

Art: “The 2016 Invitational Exhibition of Visual Arts,” at the American Academy of Arts and Letters (Through April 10): Now through April 10, the Invitational Exhibition of Visual Arts offers one of the few annual opportunities to visit the American Academy of Arts and Letters, the fantastical honors society encased in beaux-arts amber at the far end of Archer Huntington’s Audubon Terrace, at Broadway and 155th Street. Behind the scenes, we can only imagine that this exhibition is a battleground of competing interests among the Academy’s august membership, but what results is often one of the best annual survey shows of serious contemporary art. Well displayed, and spanning a wide variety of media and styles, from abstract sculpture to hyperrealistic figuration, light installations to watercolor sunsets, this year is no different, with thirty-seven artists selected from 200 nominations spread across the Academy’s campus. While the exhibition is free, be mindful of the Academy’s limited exhibition hours. Also, no visit to Audubon Terrance is complete without leaving time to see the reinstallation of the Charles Ives Studio, Anna Hyatt Huntington’s public statuary, and the jewel-box museum of the Hispanic Society. —JP 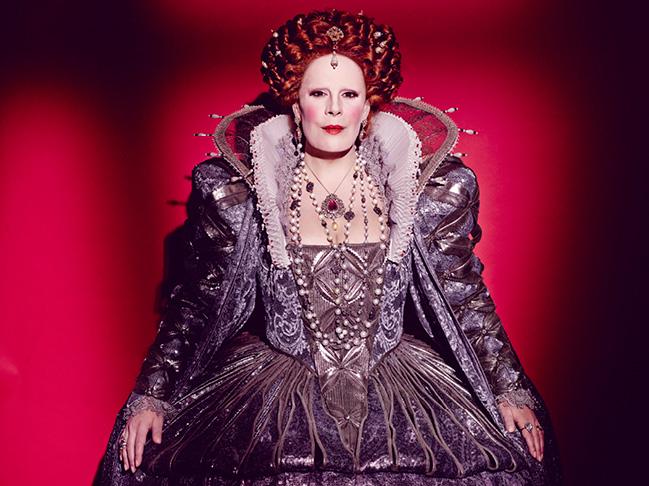 Music: Roberto Devereux, by Donizetti, at the Metropolitan Opera (March 24): It’s not hard to come up with a pick from this week's musical calendar: this season has seen a historic achievement at the Metropolitan Opera as the American soprano Sondra Radvanovsky has worked her way through all three of Donizetti’s Tudor queens, the first such triple-crown in the company’s history and the first in New York since Beverly Sills accomplished the feat with the New York City Opera in the 1970s. Radvanovsky’s performances in the title roles of Anna Bolena and Maria Stuarda have already stood out as brilliant highlights of the Met’s season, and on Thursday she will finish off the trifecta, appearing as Queen Elizabeth I in the company premiere of Roberto Devereux. She’ll be joined by a superb cast, with Matthew Polenzani appearing as Elizabeth’s favorite, Robert Devereux, Elina Garanca as her rival Sara, and Mariusz Kwiecien as Charles Howard, Duke (historically Earl) of Nottingham. Maurizio Benini conducts. —ECS

From our latest issue: Alcohol, cigars & servants, by Timothy Congdon: A review of No More Champagne: Churchill and His Money, by David Lough.