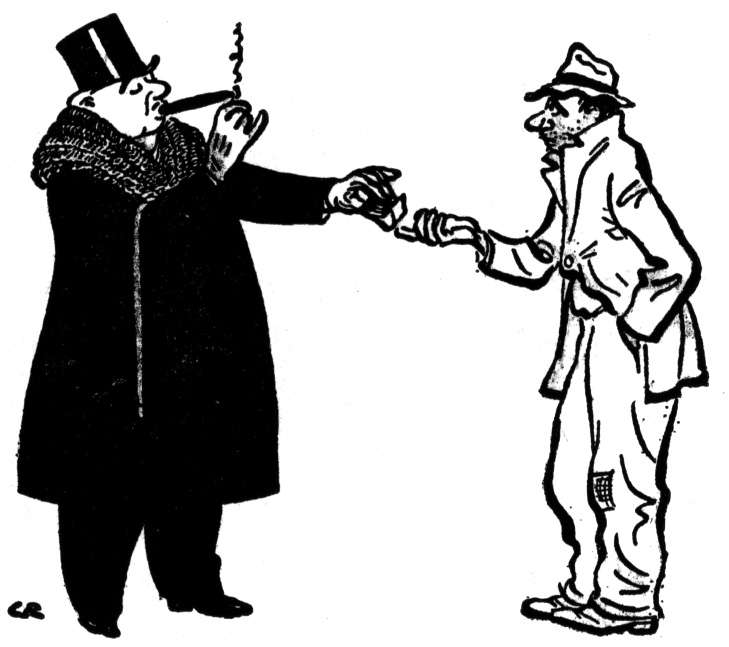 It is an object of outrage for many when they walk past the expensive shops and extravagant apartment buildings on Fifth Avenue in Manhattan, the Miracle Mile in Chicago, or Rodeo Drive in Beverly Hills while knowing that just a few miles away thousands of their fellow citizens live in abject poverty. The vast gulf dividing the rich and the poor in modern America is something they regard as unjust and even dangerous to the health of a political system built upon popular support. There exist many studies that demonstrate how the gap between rich and poor has widened since the 1980s, how the gains from economic growth have fallen disproportionately into the pockets of the wealthy. Politicians, beginning with President Obama and the mayor-elect of New York City, Bill de Blasio, have vowed to do something to make the distribution of wealth and income in the United States less unequal. Unfortunately, their proposals to increase the minimum wage, spend more public money on roads and bridges, or to provide pre-kindergarten programs for all will do little or nothing to alleviate the problem. There are better proposals, both practical and modest, that have a better chance of getting the job done.

Experts agree that growing inequality in wealth and income has been caused by three important factors:

First, there is the thirty-year boom in asset prices, led mainly by stocks and (to a lesser degree) real estate. The already wealthy tend to own stocks and bonds, and they have profited disproportionately from the unprecedented Wall Street boom that began in 1982 and which (aided by our central bank) continues to this day. It is not unusual for those in this class to own three or four expensive homes in locations where real estate prices rarely fall. They have done well by the surge in asset prices. Middle-class citizens rarely own much in the way of stocks, except in their retirement accounts and the pension funds in which their savings have been invested. They may or may not own their residential home, though if they do they generally have a mortgage on it, and it may be located in an area in which real estate prices are falling. The poor, of course, own neither stocks and bonds, nor real estate of any value.

Second, there is the wave of globalization that has gathered force since the 1980s and, especially, since the end of the Cold War in the early 1990s. American workers were once protected by tariffs and other barriers from low wage competitors in other parts of the world. That is no longer the case. The United States has led the campaign to eliminate trade barriers around the world such that foreign producers can sell their wares almost without limit in the American market. U.S. workers, who in the 1950s and 1960s could earn middle class wages in the auto, steel, and textile industries, began to compete first with workers from Japan and Germany and more recently with those from China, India, and Southeast Asia. They now find that their jobs have gone overseas or, if they have not, that they must work for lower real wages than their fathers or grandfathers did in the 1940s, 1950s, and 1960s. In the meantime, corporations have increased their profits—and their stock prices—by moving operations off shore, much to the benefit of their managers and stockholders.

Thirdly, there is the emergence since the 1970s of two-income upper-middle-class families, composed of well-educated husbands and wives who can enjoy a comfortable standard of living on the basis of their combined professional incomes. This is a common pattern in the large metropolitan areas where husbands and wives can find highly paid positions in law firms, investment banks, and Fortune 500 companies, and as a result have the incomes to afford expensive homes, country clubs, and private schools for the children. We have thus seen a widening income gap between these families and those that follow the more traditional pattern of the working husband and stay-at-home wife. Typically, to compound the problem, it is the latter-type family that has seen its wealth and income eroded by the effects of globalization.

These are large social forces at work, in comparison to which raising the minimum wage or launching a preschool program must appear like spitting into a hurricane or placing a Band-Aid on a broken leg. When we understand the causes of growing inequality, however, the remedies then suggest themselves:

The first thing to do is to crash the stock market, thereby eliminating much of the wealth that accounts for the widening gap between the rich and everyone else. The stock market crashes of 2000 and 2008 did much to reduce the wealth and income gaps; unfortunately, they grew wider as Wall Street recovered and the stock market boom reasserted itself. With the stock market indices at record highs, there is plenty of room for them to fall. Perhaps at this point they don't even need much of a push. It is true, of course, that a stock market crash would hurt workers and the poor, too, as their pensions will lose value and state and local governments will lose resources needed to fund social programs. But the rich will lose far more, as they have far more of their wealth tied up in investments in stocks and real estate. That is the point of the exercise, is it not? Having decided that equality is more important than growth, we have also decided that it is more important to top-off the rich than to elevate the poor.

The second task is to erect as many tariffs and trade barriers around the American market as are needed to restore manufacturing jobs for American workers. There is no reason why Americans need to buy German or Japanese cars or to wear clothes made in Vietnam or Bangladesh when American plants and workers are available to produce these goods for the home market. Senators are quick to raise tariffs to protect U.S. sugar producers; they should do the same for autos, steel, and textiles. Erecting trade barriers will revive private sector unions, something that has long been desired by proponents of income equality. In the process, trade protections will increase employment and incomes for U.S. workers, and will also have the side benefits of reducing corporate profits and reversing the surge in corporate stock valuations. There will be some losers by these policies, as is always the case. Other countries will retaliate against U.S. exports, but since the U.S. has had a deficit in its current accounts since the 1970s, the "losers" will be far outnumbered by the "winners." There will be other consequences as well—for example, poverty will surge in some countries that depend upon exports to the U.S. market, and national rivalries will be intensified in some parts of the world as countries try to protect themselves by "beggar thy neighbor" policies. Yet these are small prices to pay for a reduction in inequality in the U.S.A.

The third solution is to reverse the so-called gains of the feminist movement by sending women out of the workforce and back into the home. This will open up jobs for American men and in the process reduce the income and wealth gap between the two income professional family and the traditional single income working and middle class family. Many have observed that wages of American workers have not grown very much since the 1970s, in part because women have entered the work force in great numbers, thus increasing the supply of workers and placing downward pressure on wages and salaries. Paradoxically, the success of the feminist movement has added to the inequality of incomes in the American economy. It stands to reason that a reversal of this three or four decade process would lead to greater equality of incomes among American families.

Many who are ardent in their desire for equality will reject these proposals as unnecessary or unrealistic. The real question is: Are we going to be serious about our goals for equality, or are we content to pay "lip service" to our ideals while the real problems fester and go unsolved? Raising the minimum wage is not going to solve this problem; neither is universal pre-school education. The politicians who are selling these nostrums are playing everyone for fools. If we are serious about the problem, then we will have to admit that the sources of inequality are to be found in the stock market boom, globalization, and the feminist movement. The solutions, therefore, must be found in those areas.