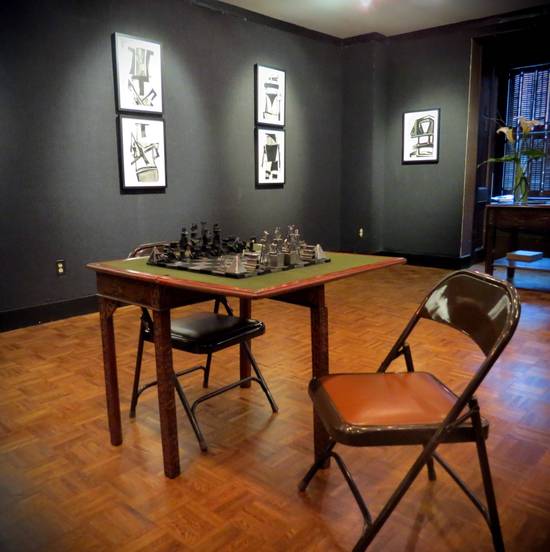 Katherine Taylor's "Two Steps Ahead: Drawing and Sculpture, now on view at the National Arts Club

In 2005, the German artist Ugo Dossi interviewed the Russian grandmaster Vladimir Kramnik. At one point in the discussion, Kramnik pointed out the value of the unforeseen, and that a good player needed to be open to change: “In chess one cannot control everything. Sometimes a game takes an unexpected turn, in which beauty begins to emerge.” The next year, Kramnik would go on to be crowned the undisputed World Chess Champion. 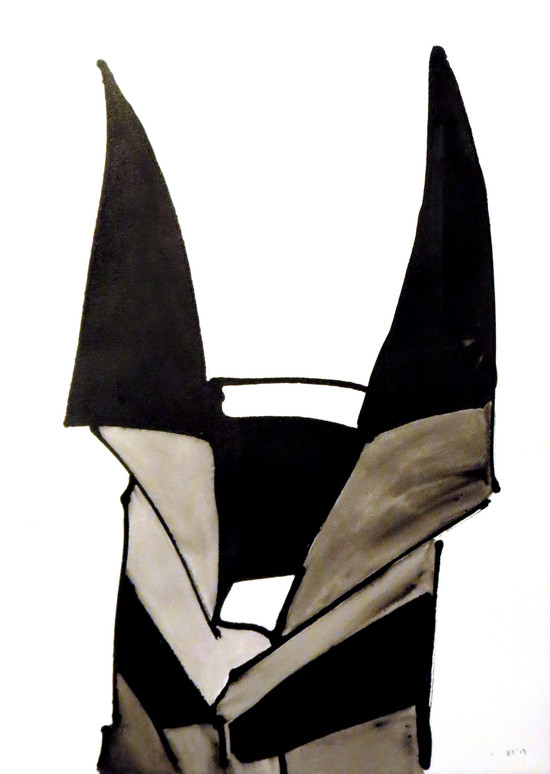 “Two Steps Ahead: Sculpture and Drawings,” the new exhibit by Katherine Taylor now at the National Arts Club, is an engaging exploration of how change—even unplanned or unwanted change—is an important progenitor of beauty. This exhibit brings together modernist, Egyptian-themed chess sets, cast from bronze and stainless steel, with pen and ink studies of the pieces themselves. 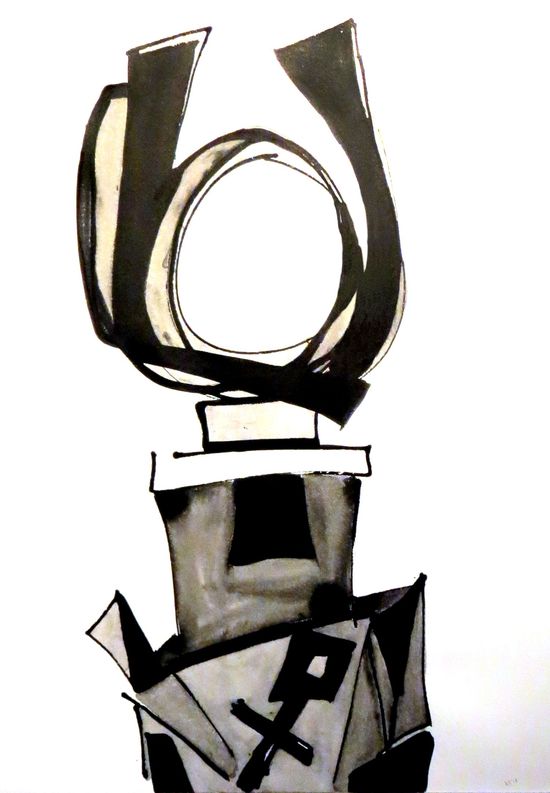 Taylor’s drawings would have been an impressive show exhibited all by themselves. These energetic works, especially Queen/Reina and Pawn/Peón, spring from the page thanks to masterly use of light and dark, creating dramatic three-dimensional space that reminds the viewer of the artist’s skill as a sculptor. The extensive use of gray in these pieces represent an evolution in the Taylor’s work that mirrors personal changes, both physical and psychological. She explained that, in the past, most of her drawings were purely black and white. Now, “more and more grays are coming up, partially because more and more grays are coming up here,” she said, pointing at her hair, “but also because I’m becoming comfortable with the grays of life.”

Beautiful as the works on paper are, the true centerpiece of the show is Taylor’s sculpture. Her complete chess sets are unified in both theme and appearance, but minor variations between like pieces—for example, deconstructed Sphinxes that serve as knights have different faces—encourage the viewer to spend time with each totem, discovering the idiosyncrasies of individual chessman. Most importantly to Taylor, exploring these tiny sculptures is about more than looking—she wants, almost insists, that visitors touch, hold, and play with the pieces. 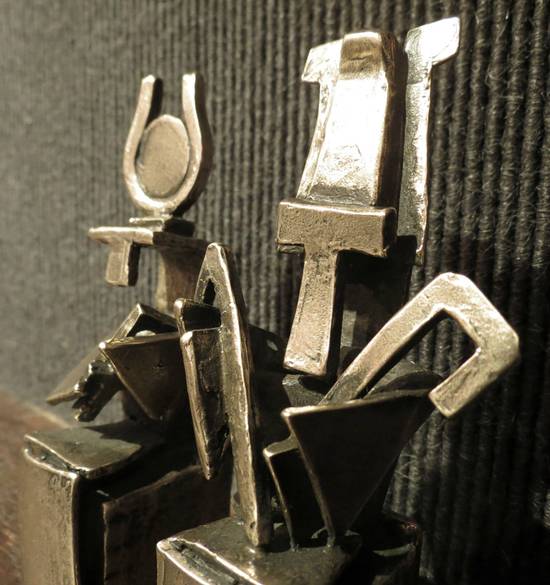 Sculpture, in a way similar to architecture, has always been an active and involved art form where viewers are engaged with the work, moving around and through a piece to learn about it. This experience is taken to another level in “Two Steps Ahead” as viewer involvement changes not just the way they perceive the work, but the very work itself. Already, the most-used bronze pieces have begun to take on a rich patina from repeated handling during visitor-played games. Moreover, the nature of chess demands that the work constantly evolve with proper use: pieces change position, are subtracted, and work with one another—under the control of the player—to craft new narratives and demand contemplation on levels beyond the purely aesthetic. 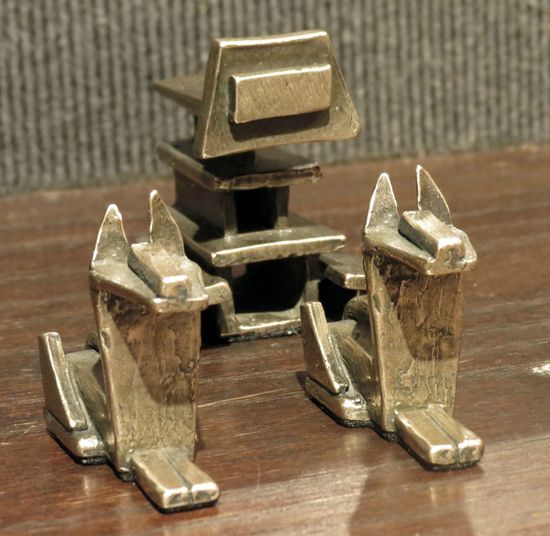 Being open to change and reacting to the unexpected are important both in the game of chess and in the work of the artist. The sets in this exhibition are Taylor’s second attempt at casting this project—the first time around, her molds exploded at the Texas foundry that she was using. She calls this mishap “the best thing that’s ever happened to me,” explaining that it gave her a chance to revisit her design, craft better pieces, change foundries to the one she eventually used in Spain, meet new artists for future collaborations, and network with important galleries. This experience is felt when you sit down and play a game with Taylor’s work and viewer is cast as creator: visitors are forced to plan originally, to feel the frustration when those plans go awry, and to recognize the beauty that comes from responding to those changes.

Whimsical and, at the same time, deeply serious, “Two Steps Ahead” is a rich exhibit that engages visitors on multiple levels. While it only has a brief run at the NAC, it is not to be missed.

“Two Steps Ahead: Sculpture and Drawings” opened at the National Arts Club, New York, on March 18 and remains on view through April 2, 2013, after which it will move to Skoto Gallery, New York. The exhibition is located in the club’s Marquis room and is free and open to the public. Visitors are encouraged to sit down and play a game while visiting the show.