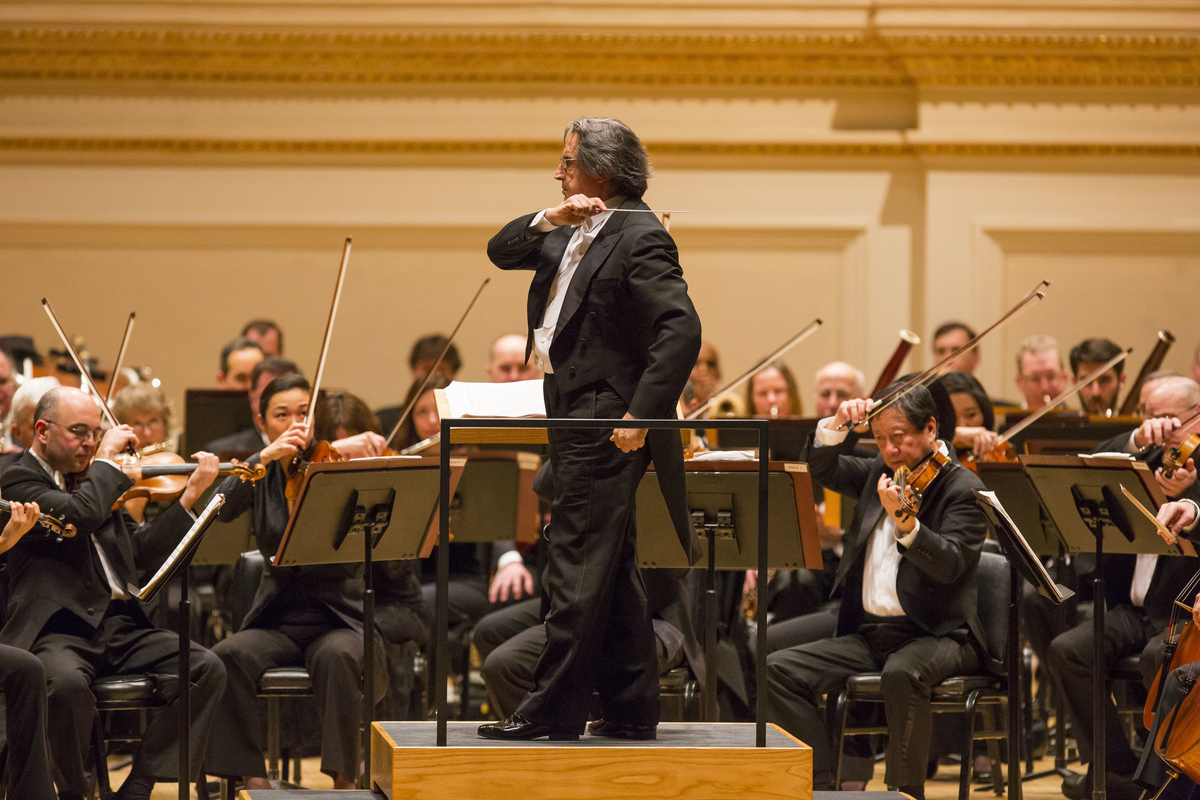 Riccardo Muti and the CSO

The Chicago Symphony Orchestra came to Carnegie Hall for three concerts, under its music director, Riccardo Muti. The second of the concerts took place on Saturday night. It began with a piano concerto, and possibly the grandest piano concerto of them all: Brahms’s No. 2 in B flat. Someone once described this as “a symphony with piano obbligato.”

The concerto begins with a horn solo, which is to say, the horn plays alone. That is a nerve-wracking moment for a player, and also a great opportunity. The CSO’s horn took full advantage: He, or she, was smooth, confident, and beautiful.

Then the piano came in, with similar smoothness, confidence, and beauty. Who was the pianist? Yefim Bronfman. There is no one I would rather hear in a Brahms concerto (or almost any other piano concerto). Brahms is called “the Classical Romantic,” and Bronfman excels at the fusion of the Classical and the Romantic.

To sample him in Brahms, try an album of chamber music: the violin sonatas with Nikolaj Znaider.

In the first movement of the B-flat-major concerto, I heard only Brahms. What do I mean by that? I mean that I did not really hear an interpretation. I just heard Brahms: original and pure. A word that came to mind was “urtext.” This is how it goes. This is what it is.

The second movement is a bristling, furious, spitfire thing in D minor. On the podium, Muti contributed very little fire. He was stolid, phlegmatic—as he so often is. Bronfman was somewhat the same, and I thought it might be influence from the podium. Bronfman did not have a partner in passion.

The third movement, the slow movement, ought to melt. Did it? In my opinion, no. But it was perfectly respectable, perfectly tasteful. And I want to mention something about Bronfman—something relatively small. He knows that the top note of a phrase will stand out, simply by virtue of being the top note, the highest note. You don’t have to hit it. (Singers have to learn this too.)

The concerto ends with a rondo, and here Saturday night’s performance fell flat. The music neither sparkled nor glittered. It was meat-and-potatoes. Not bad—very far from bad—but not infused with its enchantment, either. The conductor, for example, could have made far more of the Hungarian element in this movement. There was no paprika, no spice of any kind. Brahms was smothered in blandness.

With some hesitation, I’d like to make a general point about Bronfman. Longtime readers know that I admire, indeed venerate, this pianist. I think he is a pianist not only for this time but for all time. In recent reasons, however, I have noticed something creep into his playing: an excess of conservatism, moderation, or caution. Bronfman would never—ever—do anything out of taste. Ever. He would never commit any vulgarity. He is a good musical citizen (and so is Muti). I would hate for him to become undaring or unexciting, however.

Recently, I wrote a little piece for National Review on Ernst Bacon, the late American composer. In the early 1960s, he wrote a marvelous little book called Notes on the Piano. In it, he quotes Liszt, who said, “Dullness is the cardinal sin of performance.” Bacon himself writes, “If there is one trait common to all great interpreters, it is their capacity for intensification.”

We have all screamed ourselves hoarse for Bronfman, at one time or another—in part because of this “capacity for intensification.” I look forward to screaming again, and expect to.

Before leaving the subject of Bronfman, I have a footnote: Has he always been a head-shaker? I don’t remember his being so. But he did a lot of head-shaking on Saturday night. Among pianists, there are head-shakers and head-nodders. Evgeny Kissin is a good example of a head-nodder. André Watts has a terrible affliction of head-shaking (or did—I have not seen him in years). Usually, head-shakers and head-nodders can’t play well at all. I think they shake and nod in compensation. There are exceptions, though (obviously).

After intermission on Saturday night, the Chicagoans played a symphony: Schumann’s Symphony No. 3 in E flat, nicknamed “the Rhenish.” This is a hornfest. It is virtually a concerto for horn section and orchestra. You’d better not try to play this piece unless you have a first-rate horn section.

And the CSO does. Throughout the work, they were unstumbling, musical, and superb. They needed to take a backseat to no one, including the Berlin Philharmonic’s horns.

The CSO at large is a gleaming machine. They are magnificent in both sound and execution. There is not a weak link in this band, as far as I can tell.

Well, how about Muti? In the first movement, he surprised me: He was vigorous and awake. The music had its pride and nobility. As the symphony continued, Muti never once fell asleep. He was never on auto-pilot. He was never stolid or phlegmatic. He was his best self, and so was the “Rhenish.” I left the hall with something like elation, and gratitude.