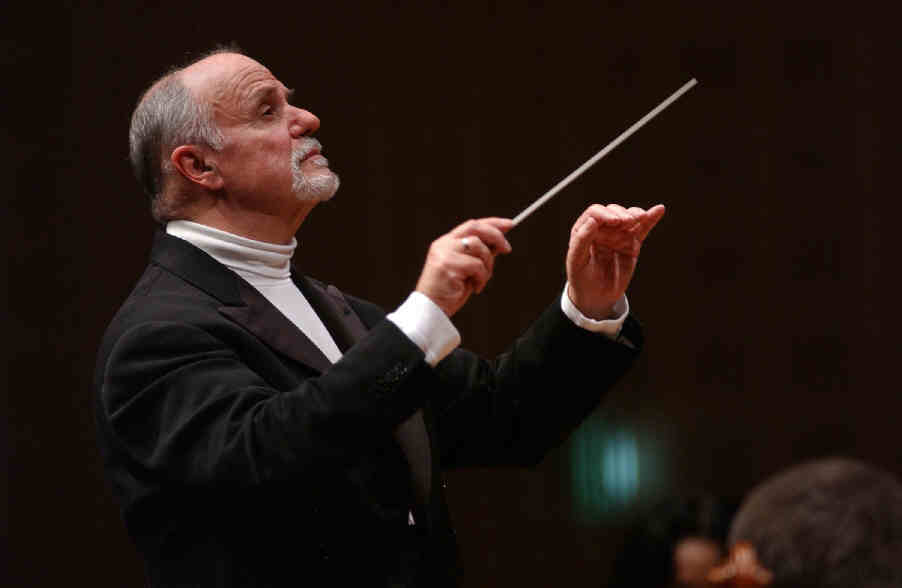 Thomas Adès, the British composer, seems to have reached the stage where, whatever he writes, someone will program it. That’s stardom. Last Thursday, the New York Philharmonic opened a concert with his Three Studies from Couperin, a work he composed for chamber orchestra in 2006. What he has done is arrange three harpsichord pieces by that French Baroque master. The evening’s program notes quoted him as saying, “My ideal day would be staying home and playing the harpsichord works of Couperin—new inspiration on every page.”

That speaks well of Adès, I think. Ravel liked Couperin too (Le tombeau de Couperin). And making arrangements of early masters is an honorable pastime. Ten years ago, Michael Hersch, the American composer, arranged music of an earlier composer than Couperin: Josquin des Prez. (Hersch’s arrangements are for piano, however, not chamber orchestra.)

Adès’s arrangements are offbeat and unexpected. His instrumentation includes the bass marimba, two “small metal bars,” and five roto-toms. Percussion aside, these “studies” are rather quiet, subdued, inward. Adès has done something interesting with Couperin. But the studies have an air of experimentation, of just playing around—of private amusement (not that there’s anything wrong with that). They may be more suited to a small room of music-lovers and friends than to a big concert hall with a major orchestra onstage.

But, again, if Adès writes it, someone will play it, or sing it—which is a lucky position.

The evening’s conductor was David Zinman, the American who is the music director of the Tonhalle Orchestra in Zurich. After Adès-Couperin came Mozart: his Piano Concerto No. 18 in B flat, K. 456. The soloist was Richard Goode, a veteran American like Zinman.

Goode has the habit of singing—not merely with his fingers but also with his voice. To some, this is charming, endearing; to others of us, it is a bad habit, to be stamped out. “But Gould did it!” people say. Yes, and Gould was meshugge (as well as brilliant and irreplaceable). In any event, Goode sang loudly at the beginning of the concerto. But thereafter, he mainly piped down.

Years ago, I dubbed him “Mr. Smooth,” because he is a great respecter of the musical line. He is not one to play wrong accents. There are no lumps in his porridge. And so it was, mainly, in this Mozart concerto. In addition to smooth, he was clear and sparkling. This is not to say that execution was immaculate: Some notes failed to sound, for example. But we are reminded that life is not a studio recording.

I have noticed something about the top pianists over the years—and this I do find sort of charming or endearing: When faced with passagework, especially of a fast and tricky nature, they often rush—just like child piano students. Goode did a little of this in the first movement of the Mozart.

I might also mention that he used music, i.e., the score. Plenty of top pianists have done this: Hess, for one, and Richter, for another. But it was odd, somehow, to see Goode looking at the music for the cadenza. This is probably because cadenzas have, or are supposed to have, a spontaneous, improvisatory feeling.

Goode availed himself of cadenzas written by the master himself: Mozart. It would be nice, however, if he rolled his own—if he called on his skills to fashion his own cadenzas. Mozart would appreciate it, I think.

The second movement, Andante, had just the right tempo. And picking tempos for Mozart’s slow movements, or “slow” movements, can be a very difficult thing. The tempo giusto can be elusive. And Goode, and Zinman, had it. Sitting there, I thought of a remark usually attributed to Artur Schnabel. It goes something like, “Mozart is too easy for children and too hard for adults.” Goode sang nicely—with his fingers. Zinman conducted nicely too, with a sense of Mozart’s own sense of light and dark.

Here is a question you may not have considered—I haven’t considered it much myself: After you have finished one movement—this Andante, let’s say—when do you start the next movement? Well, it depends. There is an art to it. It takes musical, and some theatrical, awareness. And Goode started the third movement, the finale, at just the right moment.

His playing in this movement, marked Allegro vivace, was lively and lucid. The downward scales sounded wistful; the upward scales sounded bright. What was lacking, or too much lacking, was humor. I thought of something that Paul Johnson writes in his new biography of Mozart: “Nobody took music more seriously. Nobody got more jokes out of it.”

Johnson also emphasizes that Mozart got great pleasure out of life—and gave pleasure to others, as he continues to do. Often, Mozart’s life is portrayed as tragic. It had its unhappy elements, sure (like most lives). But it was overall a good and of course extremely productive one, shot through with delight. This concerto reminded me of that fact.

(Mozart’s life was cruelly short, you say? Maybe, but it was four years longer than Schubert’s.)

After intermission, Zinman and the Philharmonic offered a Mendelssohn symphony, the third one in A minor, called the “Scottish.” I was unable to stay for it, unfortunately. But allow me to say what I have long said about David Zinman: If he were a European with an exotic name, we would probably make more fuss over him. Instead, he’s just good ol’ David from here in NYC.

And I will close with an anecdote—seeing as I have mentioned Mozart, Dame Myra Hess, and cadenzas. When I was a teenager, I knew a pianist who had turned pages for Dame Myra one evening. This was in my guy’s student days. In the greenroom beforehand, Dame Myra asked him what he was working on. Among other things, a Mozart concerto, he said. “Whose cadenzas are you using?” asked Dame Myra. The young man replied that he had composed his own. “Oh, good for you,” said the great musician. “I’m not gifted that way.”