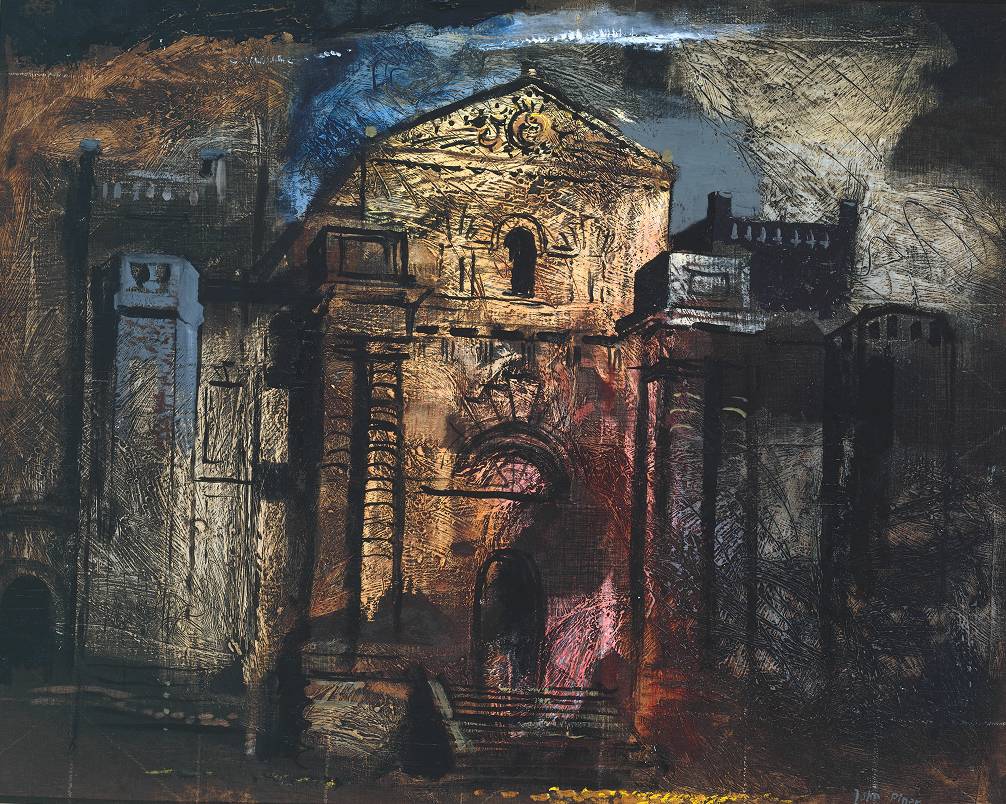 “Looking for Civilization” is an exhibition devoted to Kenneth Clark (1903–83), a great British scholar, connoiseur, collector, and, above all, patron. Clark greatly helped contemporary British artists in the 1930s and in wartime when he was the Director of the National Gallery in London and also chairman of the War Artists’ Advisory Committee. Britain benefited greatly from the way he deployed his patronage, and many of the works he encouraged, commissioned, and collected are on display in the exhibition.

Clark is perhaps best known for his television series Civilisation, a Personal View (1969), a democratic exercise that introduced more people in Britain to the arts than any previous broadcast or, indeed, publication.  The programs traced European culture from the end of the Roman Empire to contemporary times.  They were serious, scholarly, and immensely popular programs and made Clark famous not just in Britain but in the sixty other countries in which they were shown.

The exhibition at Tate Britain celebrates Clark, the great communicator, by looking closely at his earlier years as the scholarly expert on Leonardo da Vinci and Italian Renaissance art who cataloged Bernard Berenson’s collections and the drawings in the Royal Collection at Windsor.   He became a Keeper of the Department of Fine Arts at the Ashmolean museum in Oxford and Surveyor of the King’s Pictures before becoming the Director of the National Gallery when he was only thirty years old.  Formal recognition soon came and he was made first a knight, then a peer, and finally awarded the Order of Merit, the rarest and highest of all British honors; the very first picture in the exhibition is Graham Sutherland O.M.’s portrait Kenneth Clark, Baron Clark (1963–64).  Clark looks every inch a patron and, when painting it, Sutherland is said to have had in mind Piero della Francesca’s famous portrait of his own patron, Federico da Montefeltro, Duke of Urbino (1472).  Clark would have enjoyed this image of himself as a patrician promoter of the arts in the Renaissance tradition.  He had long encouraged Sutherland, whom he saw as a potential heir to the nineteenth-century British romantic artist Samuel Palmer.  Clark was not just a purchaser; he saw his role as patron as that of a guide, and paintings as a product of the interaction between artist and patron.  Clark favored neo-Romanticism in British art and gave Sutherland a painting by Palmer to encourage him in that direction.

He likewise sponsored John Piper and Henry Moore in pursuit of his own ideal of modernist innovation applied to traditional subjects, particularly nature.  Piper, who had been an abstract artist, dutifully returned to nature in his Ruined Cottage, Llanthony (1939-40) and his geologically informed  Slopes of Glyder Fawr, Llyn Adwal (1947), both now regarded as among Piper’s finest works.  They are a return to the early-nineteenth-century Welsh mountain compositions of the Romantic period, when a tour to picturesque “Wild Wales” was fashionable.  Sutherland’s response to Clark’s influence was Sun Setting Between Two Hills (1938), which perhaps comes closest to Clark’s ideal of combining the modern styles of Picasso and Van Gogh with the traditional themes of William Blake and Samuel Palmer.

Kenneth Clark saw John Constable as Britain’s greatest painter—indeed, as the only one who could be said to match the best of the Continental European artists.  He shared Constable’s love of nature and respected his attempts to capture the ever-changing patterns of sky, clouds, and light, which Clark saw as a distinctly English speciality, one  brought about by the turmoil of the local weather, in which the sky changes even as it is being looked at.  It was Clark who purchased Constable’s great romantic painting Hadleigh Castle, The Mouth of the Thames—Morning after a Stormy Night (1829) for the National Gallery. Constable’s Sketch for Hadleigh Castle (1828–29), owned by Tate Britain, is displayed in the exhibition, just a few weeks after it had had pride of place in the earlier Tate Britain show, Ruin Lust. 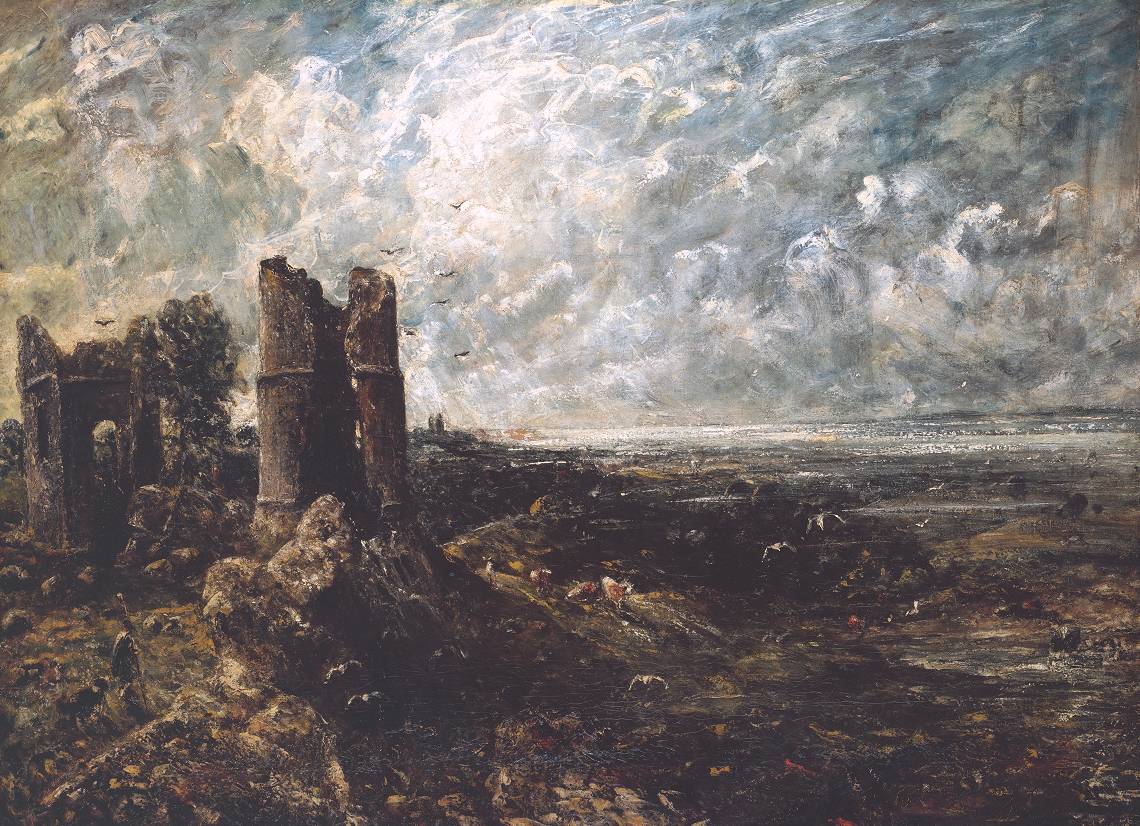 Clark once described himself as a confirmed “stick-in-the-mud” and he condemned abstract art as “a dead end for painting.”  His preference was strongly for figurative paintings and sculptures, and particularly for the poetic transformations of figures in the work of Sutherland, Passmore, and Henry Moore.  He strongly supported Henry Moore in the 1930s at a time when Moore was not accepted by the British art establishment and particularly hated by the then-Director of the Tate, James Bolivar Manson.  It is ironic that Moore should find a major place in this exhibition at Tate Britain and to have been the subject of a major Tate Britain exhibition in 2010, for Manson had famously declared that Moore’s Mother and Child (1932) would enter the Tate only “over my dead body.”  Fate intervened.  At a dinner given by the French Minister des Beaux Arts in Paris on March 4, 1938 to celebrate a British exhibition at the Louvre, Manson decided to insult his French hosts by imitating a Gallic cockerell. He tucked up the ends of his tail coat to look like the tail feathers of a rooster and crowed cock-a-doodle-doo several times, interspersed with obscene insults aimed at the Minister and the French nation in general.  The French felt that le coq gaulois, the sacred cock of France, their proud national symbol since the Renaissance, had been seriously defamed.  According to Kenneth Clark, the British Foreign Office demanded that Manson resign from the Tate.  He did.  And that is the story of how Henry Moore’s sculptures first entered the graceful halls of that institution .  Clark promptly saw to it that Henry Moore’s Recumbent Figure (1938) also was bought for the Tate.

Clark, as Moore’s active and persuasive patron, introduced him to George Seurat’s Le Bec du Hoc Grandchamp (1885), a view of a the rugged end of the Normany coast, and Moore, already under the spell of the gritty rocks of Yorkshire, modelled the lower half of his bronze Reclining Figure (1969–70)  on the form of Seurat’s cliff.  Clark’s best remembered promotion of Moore’s work was through his purchase, on behalf of the War Artists’ Advisory Committee, of many of the “shelter drawings” in gouache and ink, graphite and wax. They depict people sleeping or failing to sleep in the London subways in 1940-42 while, up above, their homes were being blitzed night after night.  In the exhibition are many of Moore’s drawings of the time with people lying passively like rows of corpses or stacked up in bunks waiting for the all clear, huddled and cuddled together or caring for their children, securely snoring as in Pink and Green Sleepers (1941) or uneasily forty-winking. Clark gave Moore a salaried position as an official war artist. He commissioned Moore to draw the miners at work at in Wheldale Colliery in Castleford, Yorkshire, the very pit where his own father had been in turn miner and manager. These men’s toil was a vital part of the war effort, and conscripts—the Bevin boys—were often sent to the mines rather than the armed forces, even though they might have prefered to fight. Moore’s cramped figures, held within a dark enclosed space, have much in common with the families hiding underground from the bombs falling on London.

It is fitting that there should be an exhibition celebrating Clark’s life and major achievements, for since his death he has had his detractors, many of them enemies of civilization, and of Western civilization in particular.  A majority of them are equality-mongers, offended by Clark’s explicit view that the arts are “incurably aristocratic” and that aesthetic decisions cannot be made by a committee but require the connoiseur.  If there were a remake of his celebrated television series, the politically correct mandarins of broadcasting in today’s United Kingdom would not employ an urbane presenter with a posh accent and expensive bespoke suits.  Clark often spoke to the camera while standing still, and the producer would happily use voice-over when a particular object was being examined.  Today, the requirements of “good television” that is made not for viewers but for other producers force the presenters of arts programs to leap around while speaking and to drool with synthetic enthusiasm.  They insult the viewer in a way that Clark never did.  He was very much the aristocrat but he always treated his audience as equals. 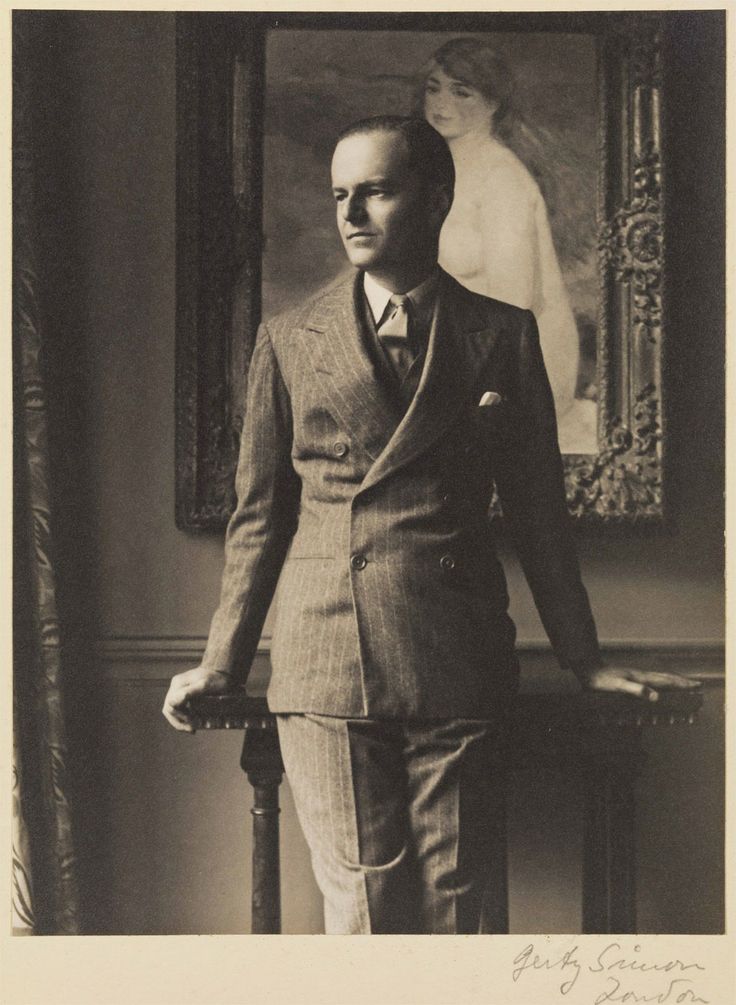 More to the point in relation to this particular exhibition, they would accuse Clark of “privileging” (to lapse into their cant) European art.  Yet this exhibition indicates how very broad Kenneth Clark’s sympathies were.  His earliest remembered enthusiasm was for the album of Japanese prints given to him on his twelfth birthday after an earlier visit to the Japanese–British exhibition in 1910.  In the 1950s, he was a buyer for the Australian museums and championed the work of Sidney Nolan, seen here with Central Australia (1950).  Clark saw the aristocratic English country houses and their lived-with works of art, including his own gothic castle, Saltwood,  as a pinnacle of Western culture, but among their number he included Thomas Jefferson’s Monticello.

"Kenneth Clark - Looking for Civilisation" is on view at the Tate Britain, London, from May 19th through August 10th