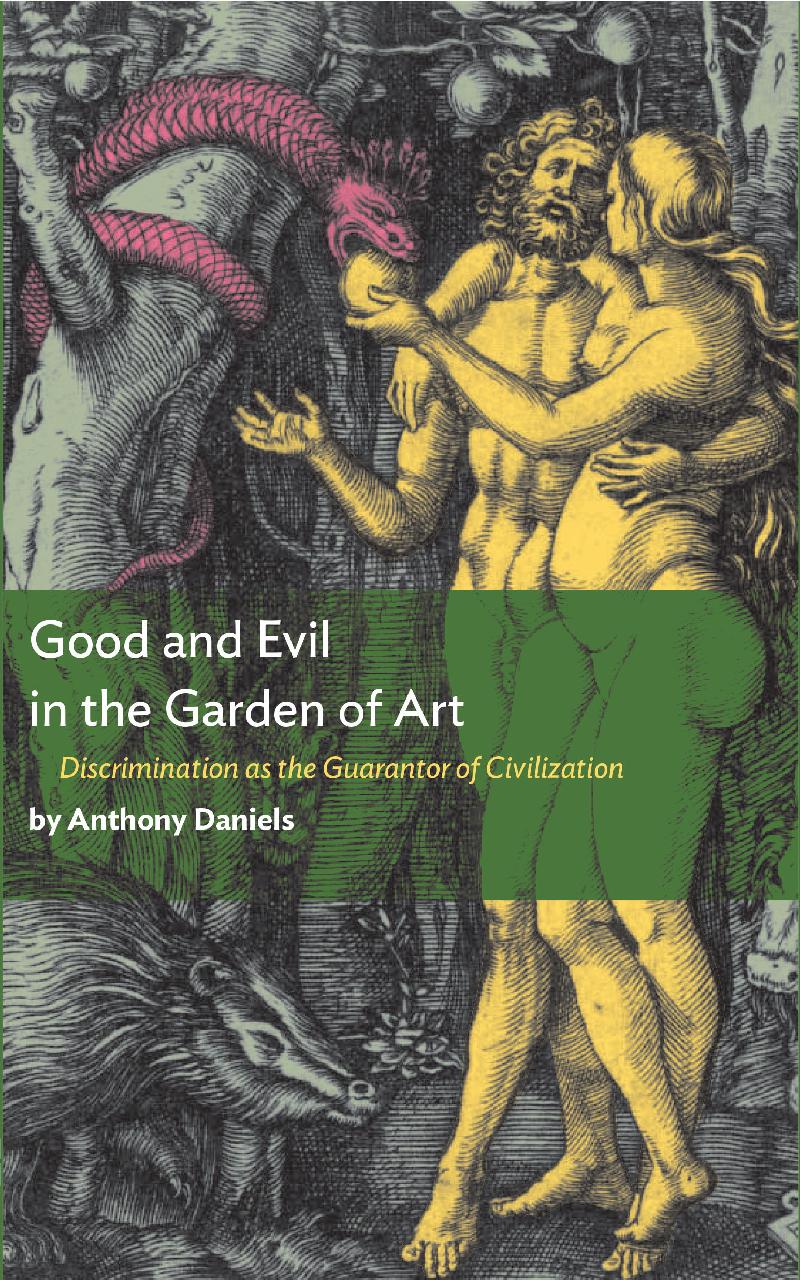 Criterion Books, an imprint of The New Criterion is delighted to introduce Good and Evil in the Garden of Art: Discrimination as the Guarantor of Civilization, a new collection of essays from Anthony Daniels, out now and available on Amazon.

In Good and Evil in the Garden of Art, Daniels tackles the complex relationship between art and ideas. The essays, collected from the pages of The New Criterion, argue that judgment and discrimination—whether tackling Flaubert’s simple heart, Mailer’s pugilism, or Solzhenitsyn’s endurance—are intrinsic to any conceivable human existence, indeed to thought itself. The pretense that judgment is avoidable, that one can indefinitely suspend it, is merely a means by which bad or false taste is smuggled into public life.

Myron Magnet has said that  “In wit, learning, profundity, fearless judgment, and free play of an exquisite mind, Anthony Daniels is our era’s counterpart to Michel de Montaigne. What other contemporary essayist can be so funny, so wise, and so moving in a single paragraph?”

Bruce Cole opines that “If you want to know why so much of contemporary culture is in such bad shape, read this brilliant book. Anthony Daniels’s wide-ranging, clear-eyed, and humane essays eloquently lament this decline, while offering a bracing appreciation, and defense, of the life-enhancing, civilizing powers of the great art and literature now under such threat.”

Learn more about the book in a new podcast featuring our own James Panero and Anthony Daniels himself.