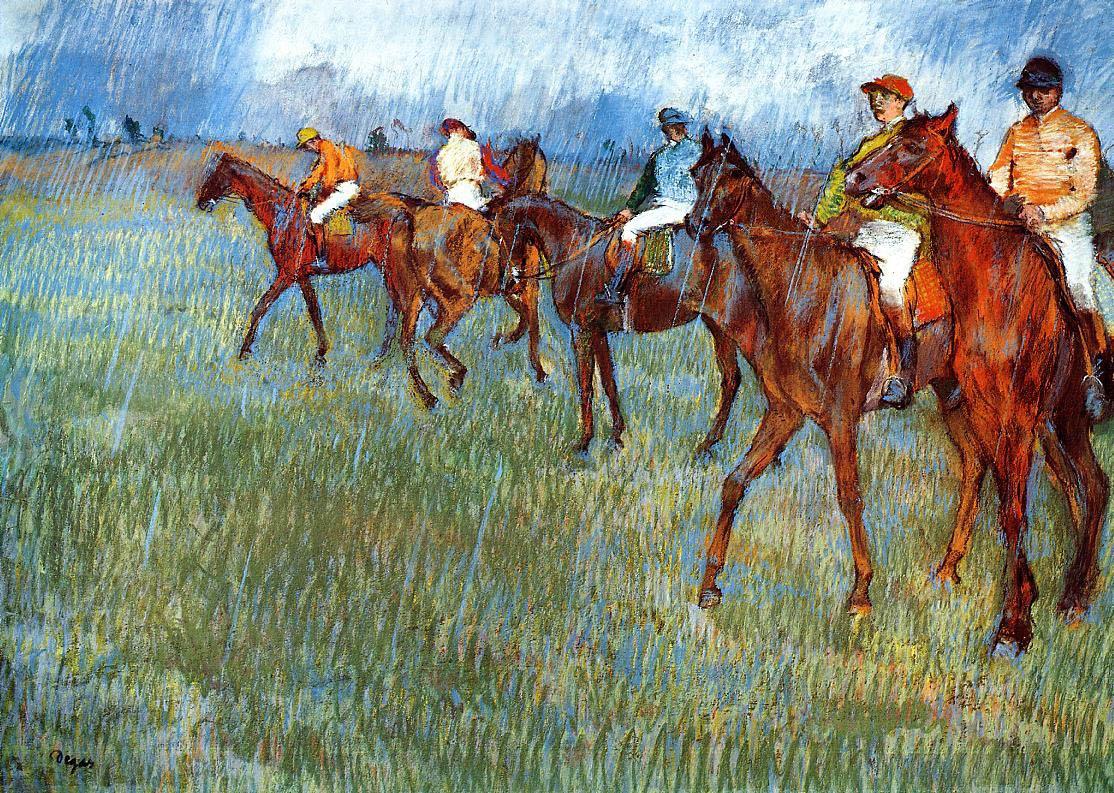 Edgar Degas, Jockeys in the Rain, 1886
It's May, our new issue is out, and the Kentucky Derby is tomorrow!

Is the West's loss of faith terminal?
Douglas Murray, Standpoint
Life in modern liberal democracies has become thinner and more shallow. What does this mean for the future of our society?

Decorum in the digital age
Philip Kennicott, The Washington Post
"Silence was once prized as a mark of success in many public spaces, including libraries, museums and concert halls; the vibrancy of many of those spaces, today, is measured by noise, hubbub and laughter.”

The New Yorker & MoMA: Have New York City's twin towers of culture lost their way?
Robert Silverman, The Daily Beast
Once pillars of cosmopolitan seriousness, they now pander to celebrity.

Six PEN members decline gala after award for Charlie Hebdo
Jennifer Schuessler, The New York Times
The decision by PEN American Center to give its annual Freedom of Expression Courage award to the French satirical newspaper has prompted dissent. Salman Rushdie disapproves, and the argument has spilled over onto Facebook and Twitter, those time-honored venues for literary debate.