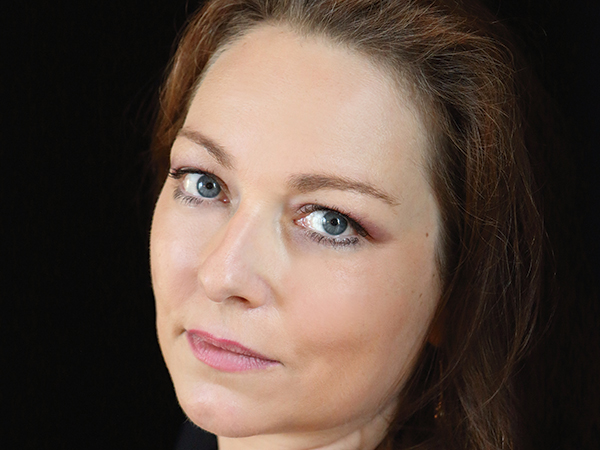 May I begin with a personal note? In the fall of 2006, Dorothea Röschmann, the German soprano, gave a recital in Zankel Hall. I had an out-of-town engagement and therefore could not cover the recital. This made me cross, because I regarded Röschmann as one of the best singers of our time, and I had never heard her in a solo recital—only in opera and oratorio, and I believe in a group recital.

I let my hosts in the other town know what a sacrifice I was making. I was probably a little whiny. Fortunately, my hosts were thankful, not scornful.

Yesterday, Röschmann was in Carnegie Hall for an afternoon of Purcell. The program offered excerpts from The Fairy Queen and King Arthur, and the whole of Dido and Aeneas. This third work is an operatic masterpiece, and relatively brief: It takes less than an hour. That makes it several hours shorter than Berlioz’s Troyens, which is on the same theme. Of course, Berlioz gives you a delicious love duet. Purcell’s Aeneas has little to do. He barely deserves to share the title.

The orchestra at Carnegie Hall was Les Violons du Roy, joined by its associate choir, La Chapelle de Québec. These forces are normally conducted by Bernard Labadie, their founder, but on this occasion were conducted by Richard Egarr, the Brit who is in charge of the Academy of Ancient Music. He is a musician—a harpsichordist-conductor—in the Pinnock-Hogwood vein. That is a fine vein to be part of.

Les Violons du Roy sounded a little small in this big hall, smaller than they have sounded in Zankel Hall. But they are a very good band, and they gave pleasure. Now and then, they were ragged, but they never went off the rails (at least not for long). They played the dances from The Fairy Queen with a stomping gaiety. The singers performed ably, both as a group and as individuals.

But the afternoon belonged, let’s face it, to Röschmann. She is why we were all there, I think, on a sunny Sunday.

Her first assignment was to sing the lament from The Fairy Queen, “O let me weep.” Dido has the big lament, of course—but this junior lament was kind of a warm-up. Röschmann sang as she typically does, although I can’t remember having heard her sing in English. She was in tune. She was unfaltering. She was beautiful of voice. She was understanding. She was expressive. She was “impactful,” as they say these days. (Too ugly a word to apply to Röschmann.) The plain truth is, she was pretty much perfect (and I say “pretty much” as a reflexive hedge).

Here is a further note: She knew exactly when to supply vibrato and when to withhold it.

After intermission came Dido and Aeneas. The singers used books, which I did not think was necessary or desirable, concert performance or no concert performance. The cast did a little acting, and appropriate acting. Anyway, the books were of little import.

Dido is not a one-woman show, quite. You have Aeneas. You have the handmaid Belinda (of “Thy hand, Belinda” fame). You have some weird sisters. And you have some others. Everyone in yesterday’s performance was competent at worst and excellent at best.

But let me cut to the chase, i.e., to Röschmann. She was stunning—stunningly good.

I have written about her so much over the years, I have practically nothing left to say. But perhaps I could mention this: I had never quite noticed what an effective lower register she has. On a C, for example—low C—she sounded almost mezzo-y. She often sounded chesty and dusky. Moreover, she can unleash power on you. She’s a lyric, yes, but a lyric who can attack, when she feels like it.

She took the Lament—I assume she was responsible for the tempo—unusually slowly. But her tempo worked, in spades. She took some unusual breaths, frequent breaths. Those worked, too. And she employed a variety of colors.

You can go for many a moon without hearing singing so good. I hope Röschmann will record the opera, and record it live, if she hasn’t already. Man cannot live on Flagstad alone. Playing Belinda to Flagstad, as you will recall, was Schwarzkopf—and for many years I have called Röschmann a Schwarzkopf of our time. A singer who excels in opera, particularly Mozart, and who is a top exponent of lieder.

As I opened with a personal note, I will close with one. Last summer, I heard Röschmann in Fierrabras, a Schubert opera, in Salzburg. She did not sound like herself. “Uh-oh,” I thought. “Is Röschmann finished?” They don’t last forever, obviously. Yesterday confirmed that she is not finished, far from it.

In any event, I regard her as a historic singer, and singing musician. People will in the future, so you might as well start now. Get ahead of the consensus!