This week: A return to Gilead, Matisse’s cut-outs, and the Berlin Philharmonic in New York. 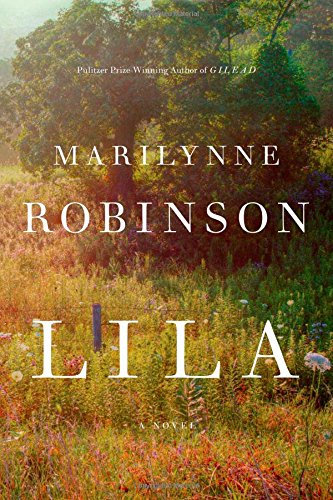 Fiction: Lila, by Marilynne Robinson (Farrar, Straus and Giroux): Revisiting the characters and setting of her Pulitzer Prize–winning Gilead and Home, a National Book Award finalist, Robinson returns to the town of Gilead with the story of Lila, the young bride of the elderly Reverend Ames. Having been neglected as a toddler, Lila was rescued by a rough but kind drifter named Doll, and brought up in a hardscrabble childhood. After she arrives in Gilead Lila struggles to reconcile the life of her makeshift family and their days of hardship with the gentle Christian worldview of her husband, which paradoxically judges those she loves. —CE

Nonfiction: Ada’s Algorithm: How Lord Byron’s Daughter Ada Lovelace Launched the Digital Age, by James Essinger (Melville House): Behind every great man, there’s a great woman; no other adage more aptly describes the relationship between Charles Babbage, the man credited with thinking up the concept of the programmable computer, and mathematician Ada Lovelace, whose contributions proved indispensable to Babbage’s invention.  Lovelace, the only legitimate child of English poet Lord Byron, wrote extensive notes about the Analytical Engine, including an algorithm to compute a long sequence of Bernoulli numbers which some observers now consider to be the world’s first computer program. Readers are treated to an intimate portrait of Lovelace’s short but significant life along with an abbreviated history of 19th-century high-society London. —RH

Poetry: Alexander Nazaryan on John Berryman:  Previously published in The New Criterion (read some of his work here), Nazaryan reflects on the American poet’s life and death, as well as the works soon to be reissued on the centenary of Berryman’s birth, October 25.  —DY

Art: Henri Matisse: the Cut-Outs" at the Museum of Modern Art (opening Sunday, October 12)  and Egon Schiele: Portraits" at the Neue Galerie (opening Thursday, October 9): In the late 1940s, Henri Matisse turned almost exclusively to cut paper as his primary medium, and scissors as his chief implement. MOMA is presenting the most extensive presentation of his cut-outs ever mounted, sparked by an initiative to conserve The Swimming Pool, a particularly monumental cut-out acquired in 1975.  Meanwhile, the Neue Galerie opens a special exhibition devoted to portraits by the expressive, controversial, and masterful Austrian artist Egon Schiele, whose work is central to the Galerie’s mission. —JP

Music:  The Berlin Philharmonic in New York (October 5-8) and Lisa Batiashvili with the New York Philharmonic (October 9-14): The Berlin Philharmonic and Sir Simon Rattle are wrapping up their week-long New York residency by finishing a complete cycle of the Schumann symphonies at Carnegie Hall (Monday), and then with two performances of Bach's St. Matthew Passion on Tuesday and Wednesday at the Park Avenue Armory, semi-staged by the controversial director Peter Sellars, to open the White Light Festival. This orchestra, one of the very best in the world, is not to be missed, and comes to New York but once a year, at most. On Thursday and continuing through the weekend, Lisa Batiashvili, the most exciting of a rich field of young violinists, will play the Brahms Violin Concerto with the New York Philharmonic. She is the Philharmonic's artist-in-residence this year, so there will be opportunities to hear her later in the season, but not in such towering repertoire as this.—ECS 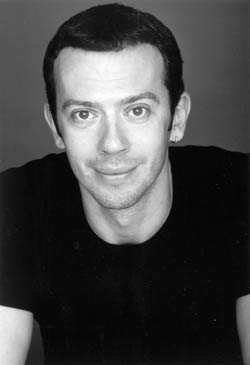 Other: Alexei Ratmansky in conversation with Paul Holdengraber, Live at NYPL (October 8):  Alexei Ratmansky has performed with and choreographed for some of the world’s greatest ballet companies, including the American Ballet Theatre, New York City Ballet, and the Bolshoi Ballet. He now takes to a very different stage to reflect on his life’s work, which earned him a MacArthur Fellowship in 2013. —RH

From our latest issue: A Schoolboy’s Guide to War, by Andrew Stuttaford: On the contributions of England’s public school boys during the First World War.