This week: German brutality in 1914 Belgium, why we should reconsider Philip Larkin, and an introduction to contemporary art from the Middle East.

Fiction: Our Lady of the Nile by by Scholastique Mukasonga, translated by Melanie Mauthner (Archipelago): Girls are sent to Our Lady of the Nile, an elite Catholic school set on the ridge of that river, for two reasons: to develop into leaders and to escape the dangers they face at home. Set fifteen years before the Rwandan genocide, the students in Mukasonga’s novel experience the thrill of independence while also giving voice to their parents’ politics and prejudices. The result is a snapshot of the social and racial conflicts that eventually led to the 1994 massacres.  —BPK 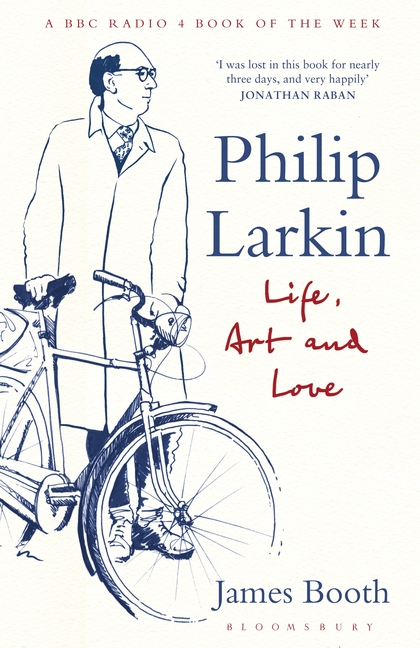 Nonfiction: Philip Larkin: Life, Art, and Love by James Booth (Bloomsbury): While Larkin enjoyed great renown during his life—at least by poets’ standards—his reputation was tarnished following the 1992 publication of his letters, which revealed a spiteful man with unsavory opinions on race and sex. Booth’s new biography looks to mend Larkin’s reputation by examining his personal relationships. Booth argues that the poet was far from boorish, but rather better understood through the beauty of his art and the people he held most dear. —BPK 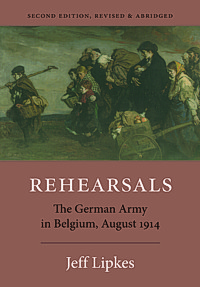 Rehearsals: The German Army in Belgium, August 1914 by Jeff Lipkes (Brabant Press): This is a revised second edition of a book first published in 2007.  Lipkes provides a harrowing account of the “Rape of Belgium” by the German army at the beginning of the Great War. “By the end of August,” Lipkes writes, “nearly 6,000 Belgium civilians were dead, the equivalent of about 230,000 Americans today.” The title “Rehearsals” is to the point. For anyone who knows about Nazi atrocities in WWII, Lipkes’s account of German barbarities in the earlier conflict cannot but induce a dreadful sense of déjà-vu.  Men were herded into fields or village squares and gunned down, others, including women and children, were forced into cattle cars and transported east to concentration camps, etc. Ever since the Armistice in 1918, there has been a tendency to downplay German savagery in the Great War. Lipkes provide an admonitory and thoroughly researched corrective. —RK 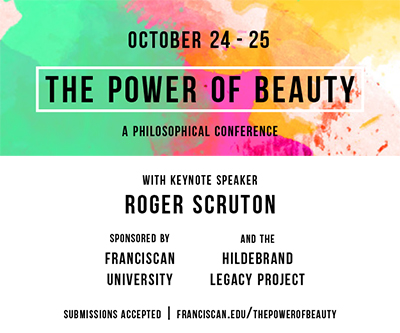 The Power of Beauty: A Philosophical Conference. Accepting Submissions: "Beauty will save the world," writes Dostoevsky, yet beauty is often seen as a weak and expendable arrow in the metaphysical quiver that includes the more robust good and true. Many think of beauty as a mere decoration o f human life, a luxury rather than a spiritual necessity. Indeed, there is much kitsch that masquerades as art; it is not surprising if such "beauty" is not taken seriously. Authentic beauty can have the transformative, even salvific, effects that Dostoevsky sees.

Art: “Here and Elsewhere” at the New Museum (through September 28, 214): Bringing together the work of almost fifty artists from more than a dozen countries, this exhibition presents an engaging overview of contemporary art from and about the Middle East. In the words of the Times’ Holland Cotter, the show offers “wonderful artists, deep ideas, fabulous stories and the chance, still too seldom offered by our museums, to be a global citizen.”  —BPK

Music: Dvorak: Symphony No. 8—Janacek: Jenufa Suite (Reference Recordings): As we hit the end of summer, pickings for live music in the New York area are slim; pick up a copy of Manfred Honeck's latest CD with the Pittsburgh Symphony Orchestra. This past year, the Austrian conductor led one of the New York Philharmonic's most thrilling concerts of the season, delivering a gripping performance of Dvorak's Symphony No. 9. The new album, on the Reference label, gives us a chance to hear his interpretation of another Dvorak work, the bright and stirring Eighth, this time with his own orchestra. Also on the disc is the suite from Janacek's lush but melancholy opera Jenufa. —ECS

From the archive: Clement Greenberg by Tim Hilton, September 2000: A memoir of the art critic, reprinted from the book Telling Lives, edited by Alistair Horne, which was published in England by Macmillan.

From our latest issue: Cast in a bad light by Daniel Grant: The art market and its problem with reproductions.