This week: On iconoclasm, Stuart Davis in Cuba, Pompeii & more. 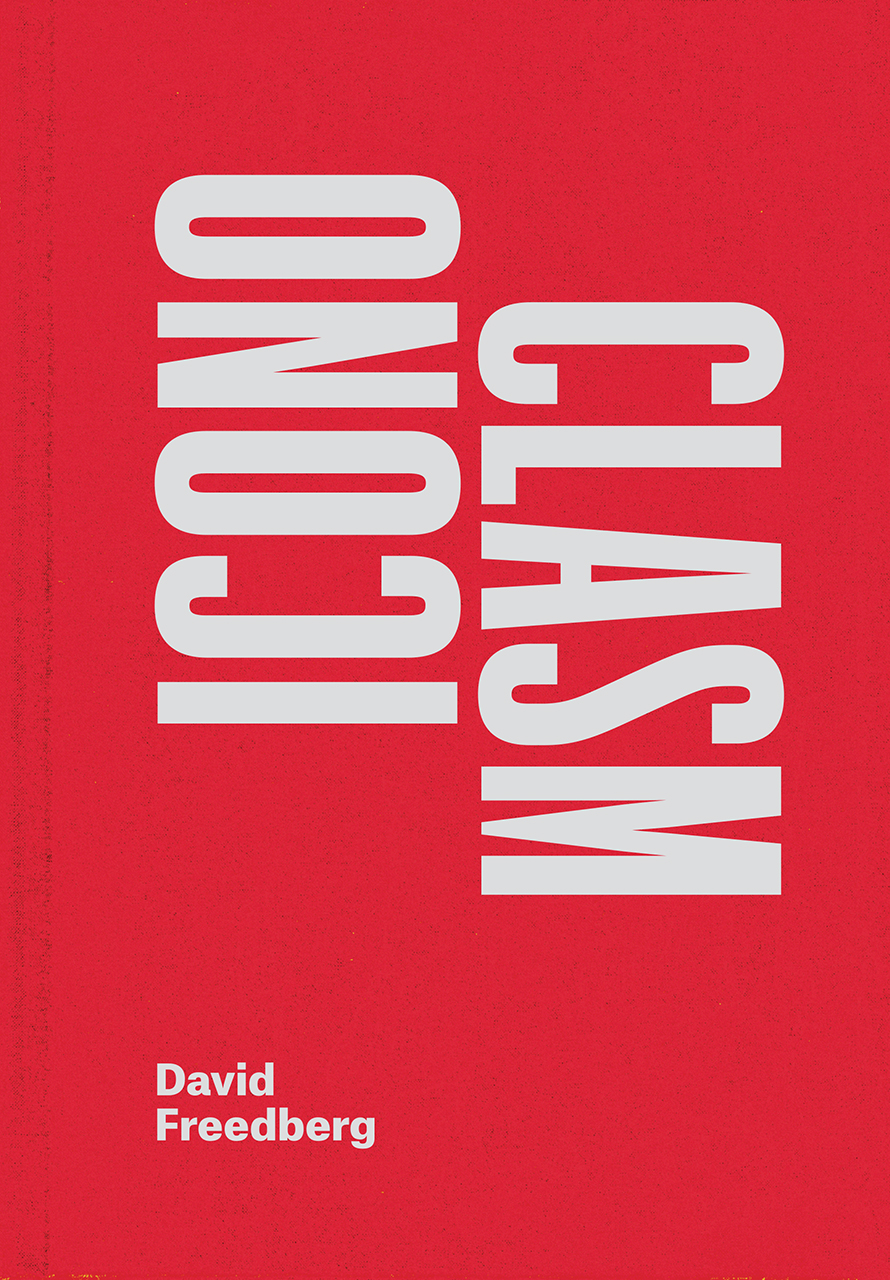 Iconoclasm, by David Freedberg (The University of Chicago Press): “We live in an age of iconoclasm,” begins David Freedberg’s new book. The statement is now both obvious and tragic. The Pierre Matisse Professor of the History of Art at Columbia University has studied iconoclasm for fifty years, beginning at a time when “practically everyone asked me what iconoclasm had to do with art history,” as he writes in his new preface. The Power of Images, his 1989 book, brought the subject to wider academic attention. Iconoclasm now follows up on that landmark work, collecting essays, lectures, and articles about the subject in both art history and the present moment. The publication at times betrays the assumptions of a lifelong academic, seemingly leveling and excusing acts of symbolic violence. Nevertheless this capstone study concludes with a defense of art as a “training ground for peace and restitution,” an acknowledgment of its “fragility,” and the need to “reinforce that supply.” —JP

“Stuart Davis in Havana,” curated by Priscilla Vail Caldwell at Kasmin Gallery (through August 13): With news this week of unprecedented wide-scale anti-government protests in Cuba, perhaps it’s an opportune moment to look back on the small but often important role the Carribean island played as a travel destination for Modernist artists and writers of the early twentieth century. Hemingway’s time in Cuba is legendary, of course; now an exhibition at Kasmin Gallery examines Stuart Davis’s trip to Havana, where the painter is said to have gone to convalesce after contracting the Spanish Flu in 1919. The exhibition includes ten watercolors by the then-twenty-seven-year-old, as well as archival material having to do with his monthslong visit. —AS

“ABT Across America,” American Ballet Theater, various cities (through July 21): In the 1940s and 1950s the new American Ballet Theater toured regularly across the country by bus. Having canceled its eightieth-anniversary world tour last year, the company is harking back to its earliest decades this month with a twenty-one-day, eight-city bus tour, which began in Lincoln, Nebraska. The group of twenty participating dancers, who are performing on a custom-built outdoor stage, includes the principals Cory Stearns and Devon Teuscher as well as the apprentice and choreographer Melvin Lawovi. The fifty-minute program features excerpts from classics such as Don Quixote and Swan Lake, as well as newer works such as the jazz-inflected Let Me Sing Forever by Jessica Lang and La Follia Variations by Lauren Lovette, the soon-to-be-retired principal dancer of the New York City Ballet. (Lovette, now focusing on choreography, is producing and dancing in a single-night gala of her own this Friday, July 16, at Spring Studios in Tribeca.) The tour concludes on July 21 with a show at Rockefeller Center, where the company gave its first public performance in 1940 at the now-closed Center Theatre. —JC

“Pompeii and All That: Reimagining Ancient Worlds,” with David Adshead (July 14): The Scottish architect Robert Adam, visiting Herculaneum in 1755, found the excavated town “like a coal-mine worked by galley-slaves who fill up the waste rooms they leave behind them.” Though initially unimpressed by the decorative forms in the antique town, and dismissive of his rival James “Athenian” Stuart’s 1759 “painted room” at Spencer House in London as “pityfullisimo,” Adam soon grasped the commercial potential of designs cribbed from Herculaneum and Pompeii, the latter of which had begun to be excavated in 1748. Adam wrote to his brother James, “I should be glad to know if you picked up any sketches of any painted ceilings at Herculaneum . . . . we are much at a loss for their coloring and much we shall want of it about a palace and other places.” Though Adam tended to favor what he thought of as “Roman” or “Etruscan” models, the colors and forms of Herculaneum and Pompeii found their way into his stunning interiors, for instance at Syon House and Audley End. On Wednesday, David Adshead, the Co-Director of the Attingham Summer School and Director of the London House Course, will deliver an online presentation on the influence of these formerly buried cities on architecture and design in the neoclassical era. —BR 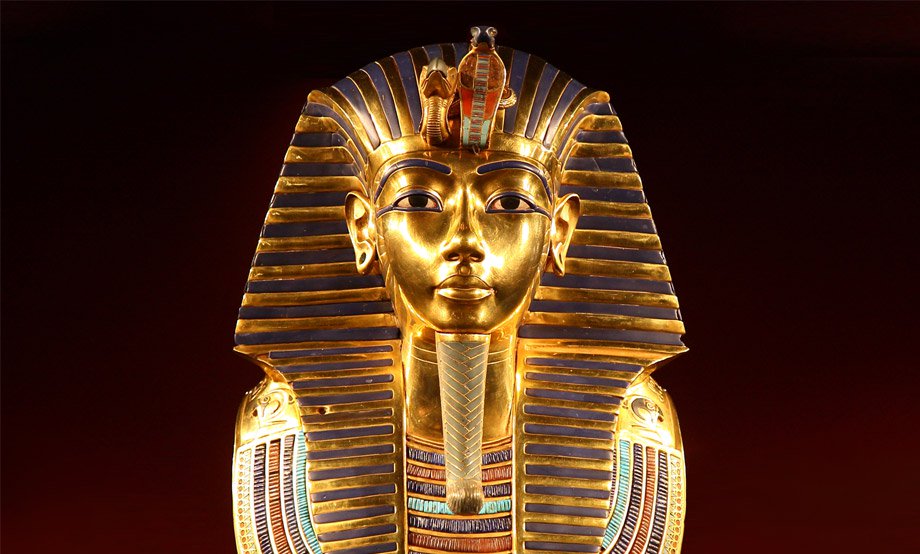 “Discovering Egyptomania,” with Ron Fritze at the 92nd Street Y (July 16, 23): “Together with the contrary nature of Egypt’s climate and its unique river,” wrote Herodotus in his Histories, “the manners and customs established by the Egyptians are at least in most respects completely opposite to those of other peoples.” He offers copious examples—the Egyptian script runs from right to left, the men stay home to do the weaving, and the women urinate standing up, among other curiosities. Some of these assertions are of questionable historicity, no doubt. But the exaggerations point toward a deeper, sociological truth: then as today, ancient Egyptian civilization struck observers as fantastical, arcane, and wholly contrary to recognized modes of human existence. At the 92nd Street Y these next two Fridays, July 16 and 23, the historian Ron Fritze will be discussing that fascination in a more recent context: “Discovering Egyptomania,” a series of four lectures covering the Napoleonic expeditions, the discovery of King Tut’s Tomb, and other aspects of the West’s centuries-long obsession with Egypt. Whatever mysteries the Nile and its environs have contained, and may hold concealed yet, just their allure is a worthy subject in itself. —RE

“The season for seersucker.” On the history and merits of seersucker.
James Panero, Spectator World

“The Romantic agony,” by Anita Brookner (September, 1983). A review of Gericault: His Life and Work by Lorenz E. A. Eitner.

“Concert note: Treats for the ears,” by James F. Penrose. On recent classical concerts in Paris.