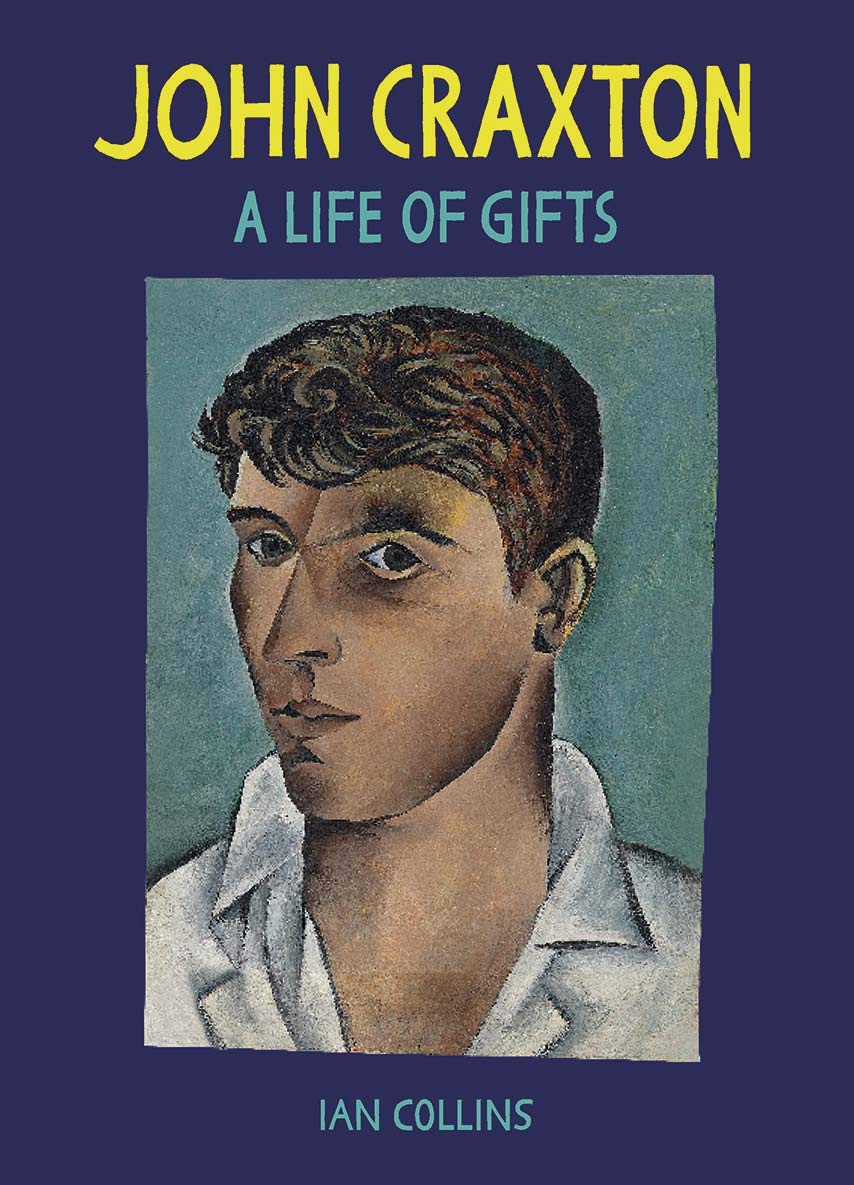 John Craxton: A Life of Gifts, by Ian Collins (Yale University Press): The clever title of Ian Collins’s new biography of the twentieth-century British artist John Craxton alludes to Craxton’s illustrations of the books of his friend Patrick Leigh Fermor, the most famous of which was titled A Time of Gifts. Craxton shared Leigh Fermor’s Hellenic spirit, likewise settling in Greece. There he drew inspiration from not only El Greco but also Byzantine mosaics and even Minoan motifs. This genial biography from Ian Collins demonstrates how, as Tacita Dean puts it in a back-cover blurb, “you can live a charmed life if you are charming.” —BR 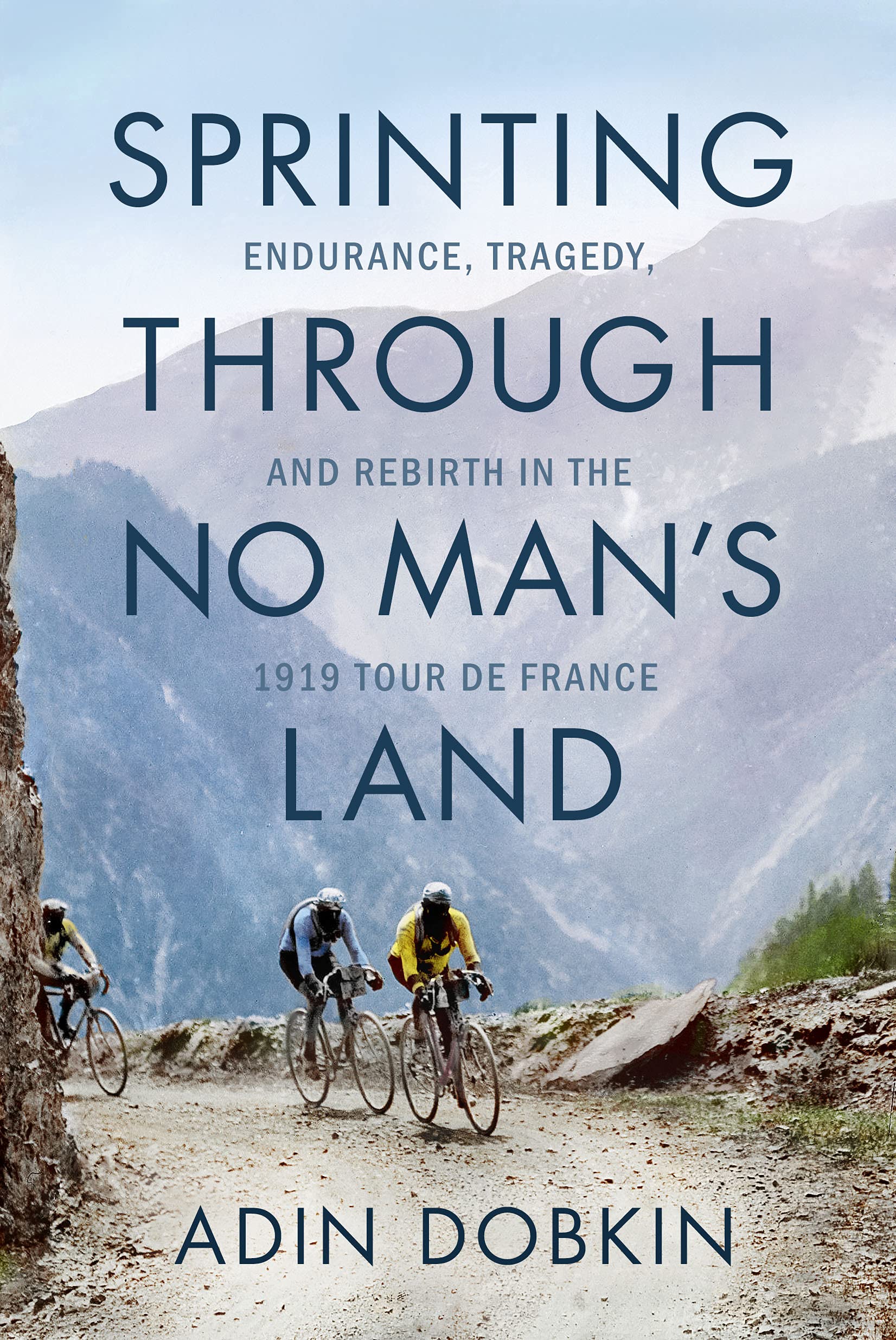 “On the 1919 Tour de France, Cycling, and Writing,” with Adin Dobkin and Paul Fournel, hosted by Albertine Books (July 11): The now-famous yellow leader’s jersey was not so well received by riders when it was first introduced during the 1919 Tour de France. When the race’s organizer, Henri Desgrange, gave the shirt to Eugène Christophe before the eleventh stage, the other competitors lashed out by calling him a canary. Christophe, a Frenchman, led the field until the penultimate stage of a grueling race—despite the poor conditions of France’s roads following the First World War, that year’s fifteen-stage course stretched some 3,455 miles, second in length only to the 1926 Tour, and just eleven riders finished. Christophe lost the lead via an equipment malfunction in the fourteenth stage. But the sports magazine that sponsored the event, L’Auto, and its readers were inspired enough by his tenacity to lavish upon him a sum of prize money more than double what the actual winner, the Belgian Firmin Lambot, received. This Sunday afternoon, July 11, Albertine Books will host a virtual discussion about that year’s landmark race, the history of the 118-year-old event, and the peculiar challenges and delights presented by the sport of cycling. Presiding are Adin Dobkin, the recent author of a book on the 1919 Tour, and Paul Fournel, a prolific author, poet, and publisher who has written extensively on cycling. Registration for the Zoom event is free. —RE

“Andrew Cranston: Waiting for the Bell,” at Karma (through August 6): I first encountered Andrew Cranston’s paintings at the 2019 iteration of Frieze New York, where his luminous, quiet, Nabi-influenced paintings on the backs of hardcover books were a welcome respite from the general cacophony of the contemporary “scene” packed in under one tent. Now we have a chance to see Cranston on his own at Karma in Alphabet City, through August 6. There the Scottish painter is exhibiting much larger works of distemper and oil on canvas, in addition to a selection of the small book paintings. The use of distemper (a fragile, glue-based paint that runs matte and chalky) called to my mind Vuillard’s use of the medium, but Cranston’s efforts are a bit stranger—less naturalistic in color and more idiosyncratic in composition. Figures populate these delicate washes of interior or landscape light, but what they’re doing isn’t usually clear. In one almost humorous, magenta-drenched scene, a group of soccer players hikes up a sandy dune in the distance, while a reclining idler plays his pipe in the bottom right corner. —AS 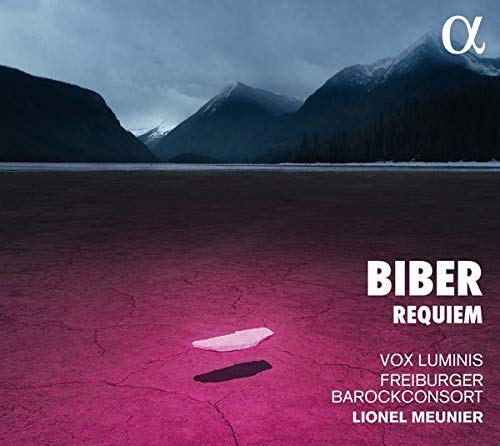 Biber: Requiem by Vox Luminis, Freidburger Barockconsort, and Lionel Meunier (Alpha): With the approach of the 2021 Salzburg Festival next week—the festival will finally be able to celebrate its centenary after abridgements to its program last summer—it is an apt time to revisit a hidden gem from Salzburg’s musical past. Heinrich Ignaz Franz Biber (1644–1704) was Mozart’s most prestigious predecessor in the court orchestra of the Prince-Archbishop of Salzburg. Like Mozart, he was a noted virtuoso—in Biber’s case, on violin—and a jewel in the Prince-Archbishop’s crown. Unlike Mozart, Biber was not tempted away from sleepy Salzburg by the bright lights of Vienna, and he climbed the ranks of the Archbishop’s court to the position of Kapellmeister and an ennoblement. Listen to a new recording of Biber’s Requiem in F minor (ca. 1692) by the Belgian early music vocal ensemble Vox Luminis and the Freidburger Barockconsort, a masterpiece of the middle Baroque and a waymark on the road to Bach’s elaborate contrapuntal innovations some two decades later. —IS

Seize the King by the Classical Theater of Harlem, at Richard Rodgers Amphitheater (July 6–29): Live theater is returning to the city as major theaters prepare to reopen this fall. For now, outdoor productions reign supreme: Seven Deadly Sins (Tectonic Theater Project and Madison Wells Live) is currently being performed in shop windows in the Meatpacking District, while Shakespeare in the Park returned on July 6 with Merry Wives, an adaptation of The Merry Wives of Windsor. On the same night, previews began for the next installment of “Uptown Shakespeare in the Park,” the Classical Theater of Harlem’s Seize the King, a play written in 2018 by Will Power based on Richard III. Ro Boddie stars as the “deformed, unfinish’d” ruler under the direction of Carl Cofield, with choreography by Tiffany Rea-Fisher. Purists might bristle at the liberties taken to adapt the original; we’ll see if the company succeeds in bringing the paranoid Plantagenet to life. Shows are free and run through July 29 at Marcus Garvey Park. —JC

“The real Caravaggio?” by Marco Grassi (October 2012). On the artist, his techniques, and the question of originality.

“For the organ, old and new,” by Jay Nordlinger. On a recital at the Cathedral of St. John the Divine.