This week: On architectural drawings, a Medici exhibition, the Joffrey Ballet & more. 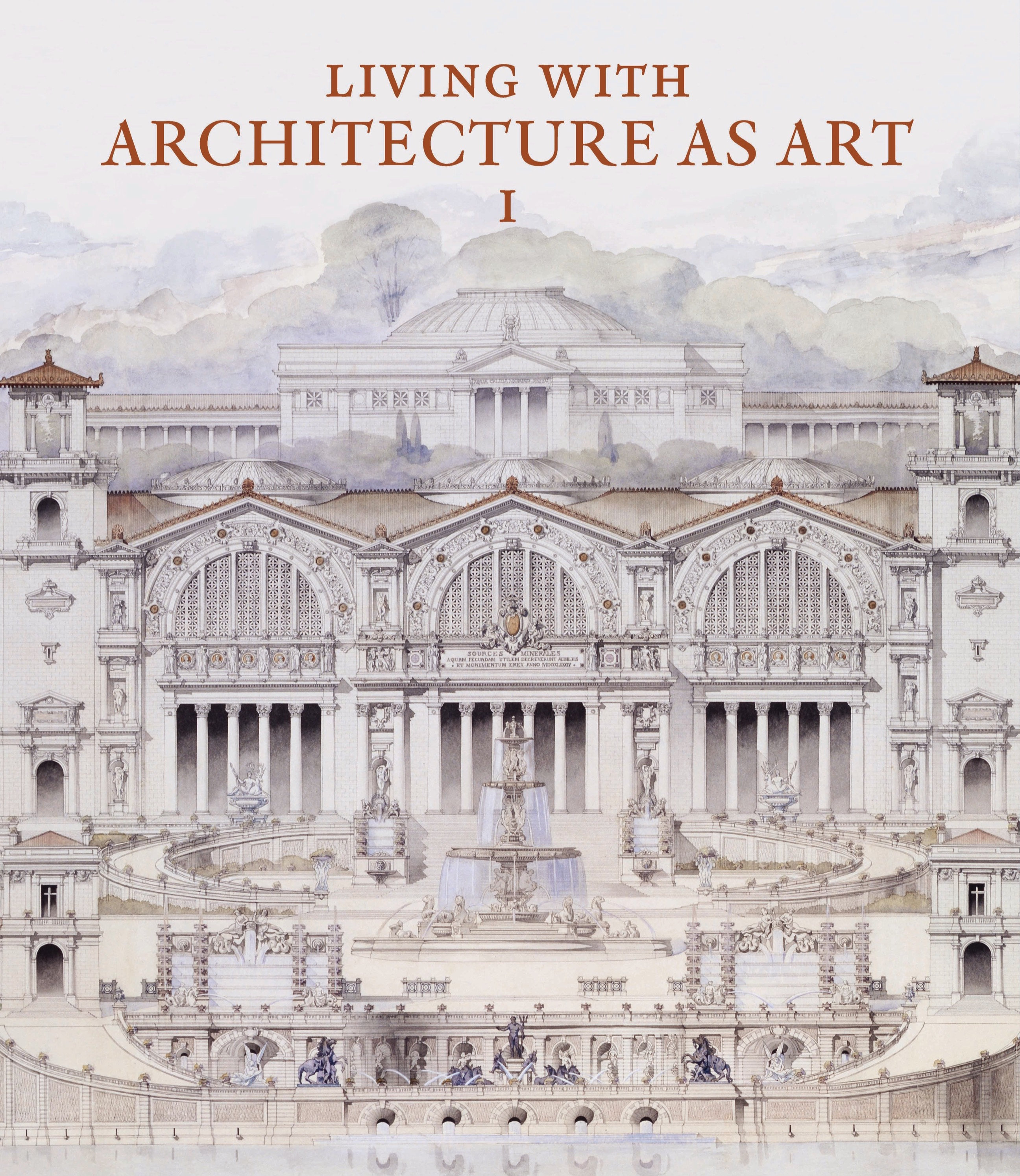 Living with Architecture as Art: The Peter May Collection of Architectural Drawings, Models and Artefacts (Paul Holberton Publishing): Though the New-York Historical Society’s stunning exhibition of the investor and philanthropist Peter May’s personal collection of architectural drawings may have closed (we can only hope for a follow-up, and there’s certainly enough material), those wishing to get a taste of the architectural design process, and the aesthetic possibilities therein, should consult Paul Holberton Publishing’s two-volume catalogue from the show. A work of art itself, with a total of eight hundred brilliantly printed plates, this tome (measuring over a foot long and a foot wide) does justice to the remarkable drawings inside. Principally composed of competition drawings from architectural schools of the late nineteenth and early twentieth centuries, Living with Architecture as Art shows some of the heights of Western architecture in the embryonic stage. —BR

“The Medici: Portraits and Politics, 1512–1570,” at the Metropolitan Museum of Art (from June 26 through October 11): For Keith Christiansen, the chairman of European Painting who is leaving the Metropolitan Museum after forty-four years, “The Medici: Portraits and Politics, 1512–1570” is a grand finale. With an “almost unimaginable concentration of master works,” in his words, this major loan exhibition of ninety objects features twenty-three portrait paintings by Bronzino, six by Pontormo, nine by Salviati, and two portrait busts by Cellini. “I can say without any hesitation, this is one of the finest, most beautiful, and, for those who choose to reflect on the many issues it raises, I believe it is also one of the most significant exhibitions” of his tenure, Christiansen remarked at the preview on Monday. Marco Grassi will have more to say about this exhibition in our forthcoming September issue. In the meantime, my early look at the exhibition for The Spectator has more on that bold, alluring maniera moderna found in the politicized portraiture of sixteenth-century Florence. —JP

“Summer Evenings Outdoors: Brahms,” by the Chamber Music Society of Lincoln Center at Damrosch Park (June 26): While its resident organizations prepare for in-person performances this fall, Lincoln Center has in the meantime organized a spate of free outdoor shows this summer as part of its “Restart Stages” program, held at several nearby venues. The highlight by far is “Summer Evenings Outdoors,” a series of six one-hour concerts by members of the Chamber Music Society of Lincoln Center, who will return to Alice Tully Hall in front of live audiences this October. Next Saturday, at Damrosch Park, five musicians will be performing two pieces by Brahms: his Cello Sonata No. 2 and Piano Quartet No. 1 in G minor. The two final concerts, to be held on July 7 and July 10, will feature music by Beethoven, Dvořák, Haydn, and others. Tickets are free but assigned through a lottery system in pairs. —JC

Swing Low by Chanel DaSilva, with the Joffrey Ballet (through July 11): Despite fey depictions in popular culture, angels in the Bible are described as male and shock-inducing, hence the command, “Fear not!” Swing Low, a new twenty-minute ballet by Chanel DaSilva, portrays a stormy encounter with these divine messengers, with loose references to Elijah’s ascension and Jacob’s wrestling with an angel. This dark, at times uncomfortable, but ultimately reassuring ballet is a rare all-male work, in which a suffering mortal (danced by Fernando Duarte) is tossed, dragged, and raised by four winged figures swooping around him. Duarte is at nerve’s end, sometimes dancing in unison with the others, sometimes convulsing on the floor. The angels are fierce but never malevolent—after a vigorous jumping sequence, there is a soft hand on Duarte’s shoulder, a cradling when he falls insensible. Duarte’s dancing is dazzling, but it is his acting that gives the work its potency—he expresses exhaustion, terror, and awe, even with his face half-hidden behind a mask. Of all the dance films seen this year, DaSilva’s is the standout. —JC

“Architecture & ideology,” by Roger Kimball (December 2002). On humanism and modernism in architecture.