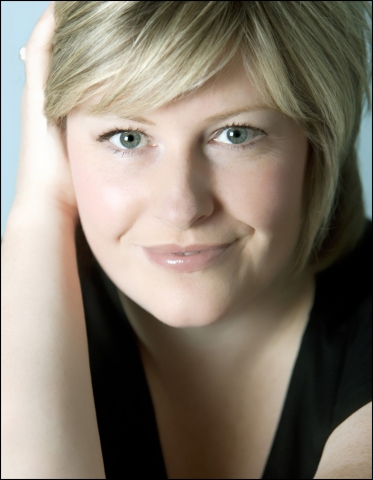 Last Friday night, Karen Cargill gave a recital in Weill Recital Hall. If you’re going to give a recital, a recital hall is a good place to give it in. I wrote of the performer in question two seasons ago. She had appeared at the Metropolitan Opera. I said,

“Les Troyens is filled with minor roles in which singers can make major impressions. Have you ever heard of Karen Cargill, a Scottish mezzo? I hadn’t either. She was Anna, Dido’s sister, and made a huge impression. She has a big, juicy, Met-sized voice—a little contralto-ish. And she knows what to do with that magnificent instrument.”

Cargill can indeed sound contralto-like. These days, no one has “contralto” after her name, outside of Ewa Podles. This is a mystery to me. An entire vocal category can’t just disappear, like a species, can it?

At Weill, Cargill rolled out a rich, royal carpet of sound. Her chest voice is magnificent. And her head voice is sweet and useful. Sometimes you have to float or flit, when singing. Moreover, it was nice to hear a big voice in this small hall, Weill. The volume was turned up.

Honestly, Cargill probably used about half the volume she has.

She opened her program with five songs of Alma Mahler. What were they doing there? Were they on the program because the composer was married to Gustav? (And to Walter and to Franz?) Because she is a curiosity? Do we feel the need to make some political statement? (Similar questions can be asked about Clara Schumann.)

In my judgment, Alma’s songs are quite good, having character and craft. They need no special pleading.

By the way, there was a time when people—certainly Americans—knew Alma because of a Tom Lehrer song. Alma’s Fünf Lieder may outlast Lehrer. In fact, they probably have already.

Cargill sang them sensibly and beautifully. She is not a forcer of the issue, not an overinterpreter. When soft, her voice tended to turn fuzzy, but this did little harm. Her pianist, Simon Lepper, was sensitive in the Alma Mahler songs and all throughout the recital.

“Sensitive” is a word so often applied to accompanists, it is almost a putdown. But sensitivity is good, in piano playing and other fields of music, and life.

Cargill next sang the Rückert Lieder of Mahler—Gustav, that is. The composer left no particular order for these songs. Performers arrange all sorts of lineups. I have my favorite, but I’m not wedded to it. What is important, I think, is that “Um Mitternacht” come somewhere in the middle and that the set end with “Ich bin der Welt abhanden gekommen.” Cargill placed “Um Mitternacht” second to last. But at least she ended with “Welt,” a song that is difficult, if not impossible, to follow.

I could pick at Cargill’s singing of the Rückert Lieder. For example, I think the first line of “Ich atmet’ einen linden Duft” should be sung fairly straight, with its rhythm uncutesified. But Cargill was generally satisfying. Especially good was “Um Mitternacht,” which had its due midnight quality. It also had an angry bluntness. The song was properly disturbing.

Opening the second half of the recital were the Wesendonck Lieder of Wagner—usually sung by sopranos, but not closed to others. Cargill tended to sing in one tone or color. But, oh, what a tone, what a color! She did not sing the songs preciously, which I appreciated. She (and Simon Lepper) kept them moving along.

About “Träume,” the ending song, the question to ask is, “Did it transport?” Well, sort of, I guess. The answer must depend on the individual listener.

Last on the printed program was a set of Grieg, his six best songs, probably. I had a concern about Cargill: Would she be able to sing the light and gay ones lightly and gaily? Or is she just too big, royal, and contralto-like? No, she filled the bill in every song.

And they are delightful and enchanting songs indeed. Why more singers don’t sing them, I have trouble understanding. We won’t have Anne Sofie von Otter and Solveig Kringelborn forever.

I was longing to hear this Scotswoman, Karen Cargill, sing something in English. Her entire program was in German. At encore time, she sang a song from her homeland, “An Eriskay Love Lilt,” from Songs of the Hebrides (collected by Marjory Kennedy-Fraser). “Sad I am, without thee,” goes the song.

Before she sang it, Cargill announced that she was dedicating it to a friend of hers, Maria Radner, who was killed last month on Germanwings Flight 9525. Indeed, our program booklet informed us that the whole recital was dedicated to her.

Cargill sang “An Eriskay Love Lilt” with gentle, sad affection. And how beautiful those Scottish r’s were.