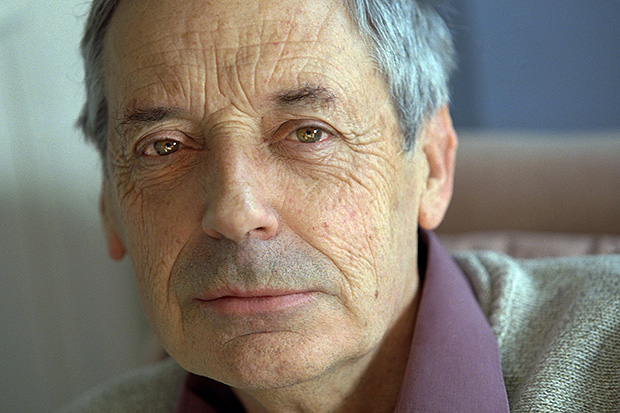 I first encountered the work of the English philosopher Bernard Williams in an early undergraduate course on ethics. The essay was one of Williams’s classics—“A Critique of Utilitarianism.” When I think back on the course, this little piece of criticism is, often before the giants that overshadowed it, among the first to come to mind, for a number of reasons. The confidence of Williams’s grasp on hairy distinctions, with their “barbarous,” jargony names; the vividness of his thought experiments; the broadness of his view, which lifted such minute study to a real sense of purpose: “No one can hold,” he begins, “that everything, of whatever category that has value, has it in virtue of its consequences.” Here was a real writer.

Well before his death a decade ago, Williams had established himself as one of our most important academic moral philosophers, and I suspect that he will be best remembered in the university. But an excellent new collection of his book reviews and short essays (Essays and Reviews, 1959–2002) ought to usher in a different perspective of Williams. The volume’s seventy-one pieces are bite-sized—most are three or four pages in length—and were written for public consumption. Williams takes the capsule format of the Sunday-morning periodical as a challenge, and the result is a distinctly human approach to the books that were assigned him.

Williams’s sensitivity as a reader is one of the greatest assets of these reviews. He treats works of philosophy not just as analyses of ideas, but as books—to be read, understood, and enjoyed by human beings. He accuses Basil Willey of injecting his own staleness into a summary of Locke, who “is a confused thinker, indeed, but not boringly so, because his confusions are those of a highly intelligent and honest man trying to stand upright on intellectual ground that is shifting under his feet.” And he writes of a somewhat scattered assemblage of lectures by Charles Taylor that “the air of informality and disorder has some rewards—even its own authority. As a stiffly presented treatise, the book would have had not merely less appeal, but less force.” Williams is at his wittiest here, too. He uses his first sentence on Kenneth Gergen’s The Saturated Self, to him a particularly muddled piece of postmodern confusion, as a warning: “This is not a book about alcoholism.”

The essays can be savored piecemeal but are more powerful in number. To flip through them is to flip through the past forty years of our intellectual history by way of its seminal texts. The pieces touch on all branches of philosophy, but one of the most instructive threads to follow has to do with Williams’s specialty: the way we look at questions of morality.

Take logical positivism, for example, a school of strict empiricism that threatened once and for all to put an end to circuitous, pedantic ethical debates. The positivists, most famously Alfred Ayer, insisted that since normative words like “good” or “just” are not verifiable by observation, they must be simply meaningless. All of traditional ethics out the window. By the forties this scientific approach had become the fashion.

Williams’s essays enter the death rattle of this approach in media res. In Ayer’s 1963 Concept of a Person, he detects the author’s own waning adherence to it. By 1968 Williams all but dismisses it. And by the seventies, we see positivism recede into the past, notable for its large ripples of influence—on a 1974 book of John Wisdom essays, for example—but no longer a vigorous part of the conversation.

It was not that the positivists’ conundrum had been solved. It still is, in a sense, irrefutable. What Williams salutes in his reviews is not the attempt to solve the conundrum but, instead, the circumvention of it. One result of this sidestepping was that old schools of ethics were dusted off. By 1976, the resurgence is palpable: “The harsh theoretical disjunction between fact and value has been modified; the reluctance of philosophers to come out with normative statements is much less apparent.” Williams had the foresight to document the best of this movement as it unfolded. It is a treat to be able to follow it so vividly.

Williams recognized how influential John Rawls’s 1971 Theory of Justice would be, correctly predicting that it would “change the basis of discussion over a large area for a long time to come.” Ten years later, in After Virtue, Alasdair MacIntyre proposes a return to Aristotle’s virtue ethics as the only way to set things aright: “It is itself one of MacIntyre’s most illuminating exaggerations to claim that this is the only choice that we have.” In between and after these, a host of other revivers of moral and political philosophy swarms by—among them, Robert Nozick, Iris Murdoch, and Martha Nussbaum.

Williams’s attentiveness to our remote and immediate intellectual heritage is strong in his reviews, and is made stronger by the journalistic nature of the book. He mentions twice an unnamed American philosopher, emboldened, no doubt, by the positivists’ scientific approach, who hung a sign on his office door: Just say NO to the history of philosophy. The historical journeys afforded by this new collection are themselves an answer to this. Like Locke, we are always standing on shifting intellectual ground. It is all the more necessary for us to understand why the ground is shifting, and that this is neither the first nor the last tremor. It is fitting that the final piece, one of Williams’s last, is a longish essay on “Why Philosophy Needs History.” It amplifies the preceding pages: “Philosophical analysis without history encourages us to think that these concepts, so central to our thought, must always have existed, and that to the extent that members of oral cultures did not recognize the distinctions, they were in a muddle. They were not.”

Walker Mimms is a former editorial intern of The New Criterion and a recent graduate of Bennington College. He lives in Nashville, TN.