I attended a concert on March 6, 2020. It was in Carnegie Hall—the trio of Emanuel Ax (piano), Leonidas Kavakos (violin), and Yo-Yo Ma (cello). I did not attend a concert again until June 4, 2021—indoors, that is. I attended a rather unusual concert in Green-Wood Cemetery, Brooklyn, in October. (To read my account of it, go here.)

The concert on June 4 was not in Carnegie Hall. It was in Daniel Recital Hall, at Converse College, in Spartanburg, S.C. On the stage was Nathaniel Hill—a classical guitarist who was playing his graduation recital. He was not graduating from college but rather from high school. And he is one of my nearest and dearest.

As are the other members of that family.

I met Nate’s parents, Chip and Karen Hill, when they were grad students at the University of Michigan, in my hometown of Ann Arbor. They were clarinetists, and whizzes—they still are. Chip studied at several institutions, with several teachers, and played in several orchestras. Karen was a student of Robert Marcellus—the great Cleveland Orchestra principal—at Northwestern University. In Ann Arbor, I attended her master’s recital: Schumann, Rossini, Bartók, and Berio. What a splendid player she is (and Chip ain’t bad) (to say the least).

They moved to South Carolina, where Chip teaches at Limestone College, in Gaffney, and Karen teaches at Converse College. They play in the Asheville Symphony Orchestra, and perhaps other orchestras. (It’s hard to keep up.) They have three boys, all musical, all wonderful.

No. 1 is Stephen Michael. He studied violin, viola, percussion, guitar . . . In this family, you do a bit of everything.

No. 2 is Gabriel Farah. (Gabe’s middle name is Karen’s maiden name.) He is a clarinetist, pianist, and composer. He has been composing since he was very small. Early on, he had a signature ending. It was a big whomp at the low end of the piano. You really knew the piece was over. The composer left you in no doubt.

And No. 3? Nathaniel Hoffman. In addition to studying guitar, Nate studies conducting. When he was a little kid, he had a signature move on the guitar—an upward glissando. That was the way he ended a piece. He is also famous for the way he announced a Christmas carol he was about to play: “What a Child Is This.” I have not wanted to think of the carol by its correct title since.

The day of Nate’s graduation recital, June 4, was also his birthday. There was duly a cake—and not just any cake. Check this baby out: 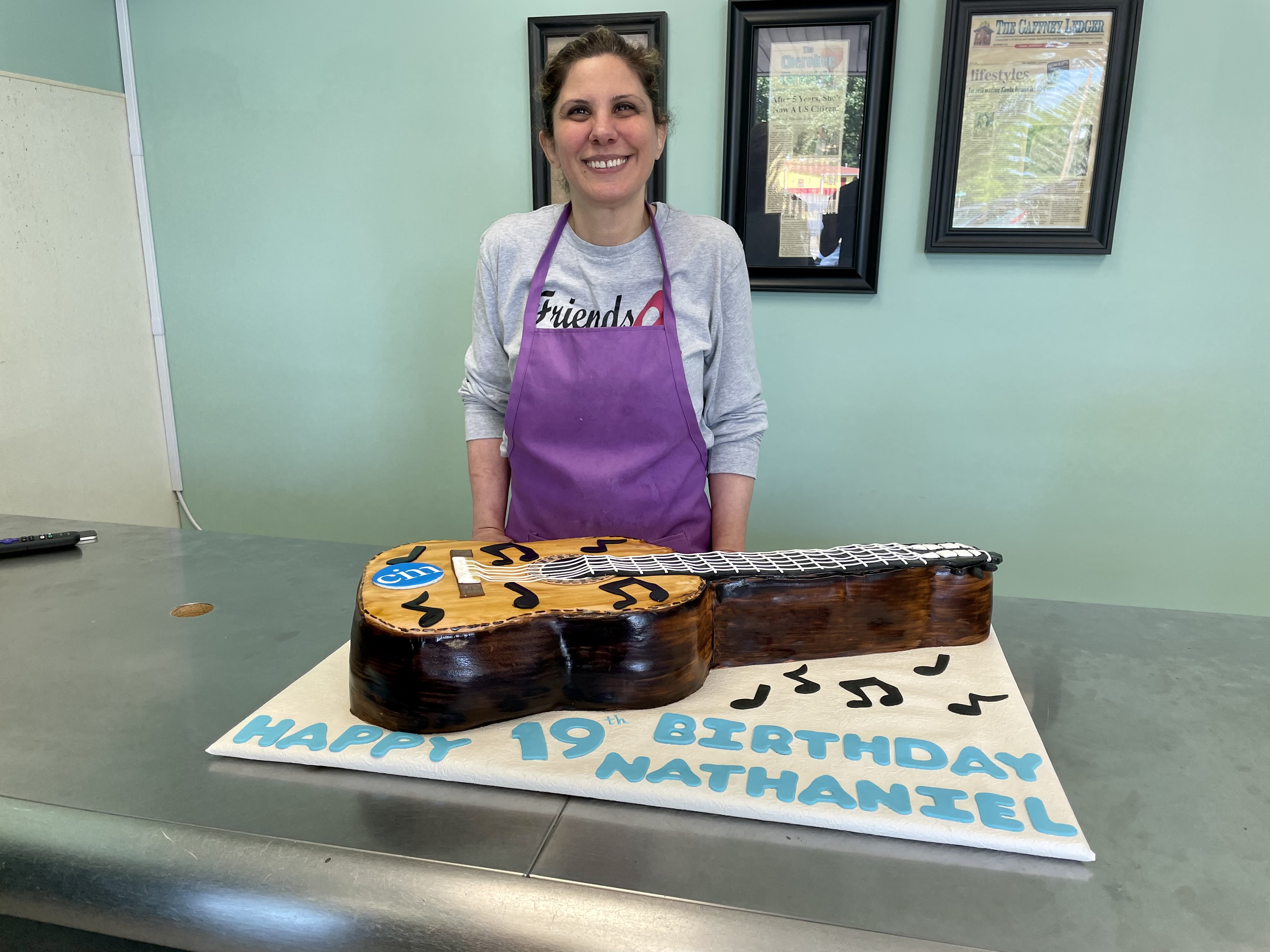 Standing behind the cake is its maker, Mariam E. Lovelace, of Mariam’s Sweets & Treats, in Gaffney—originally of Jerusalem.

Entering Daniel Recital Hall, we were handed a program for the evening. I smiled on seeing its cover. It said “Lawson Academy of the Arts.” “Lawson” is Alia Ross Lawson (1912–2006). I was privileged to know her. We met in unusual fashion.

The year was 1999, and Carlisle Floyd’s opera Susannah was being staged at the Met. I was there to review it. At intermission, I saw a lady with a beautiful pin—a treble clef, as I recall. I complimented her on it. And she struck up a conversation.

We conversed for several more years, by e-mail. It was not common in those days for an elderly person to use e-mail. Alia Lawson did.

Via Google, I have found a nice appreciation of her: “Converse legend, beloved arts patron Alia Lawson dies.” It begins,

Alia Lawson stepped off the train in Spartanburg early one morning in 1943. Suitcase in hand, she waited until it was light, then walked to Converse College campus.

There was no one in sight, and Lawson headed toward Twichell Auditorium. There, she played the grand piano until it was time for the day to begin.

Nathaniel Hill’s recital began with Dowland—a fantasia by John Dowland, the English Renaissance composer. (Or was he Irish? There is an interesting debate about this.) From then on, the program was mainly Spanish or Latin American. Every guitarist, no matter where he is from—Toledo, Spain, or Toledo, Ohio—has a Spanish or Latin American heart. It’s a sine qua non.

Among the pieces were the Five Preludes of Villa-Lobos. The fifth one, in D major, ends queerly: with a chord in its relative minor. This comes out of nowhere, and you’re aching for the chord to resolve. It never does. The ending adds to the mystery of this beautiful, and intimate, piece.

Would you like to hear the piece? I think Nathaniel would want me to offer Julian Bream, here.

He played one encore (Nate, not Bream, who died last summer at eighty-seven). It was a beauty, Julia Florida, by Augustín Barrios, a Paraguayan. Try John Williams—not the film composer but the guitarist: here.

How did Nate play? Well, you know I must not review, but—splendidly. He is off to the Cleveland Institute of Music, to study with, among others, Jason Vieaux. I thank readers for indulging me in this personal note. Music is wonderful, and so are the Hills. And so was the cake.